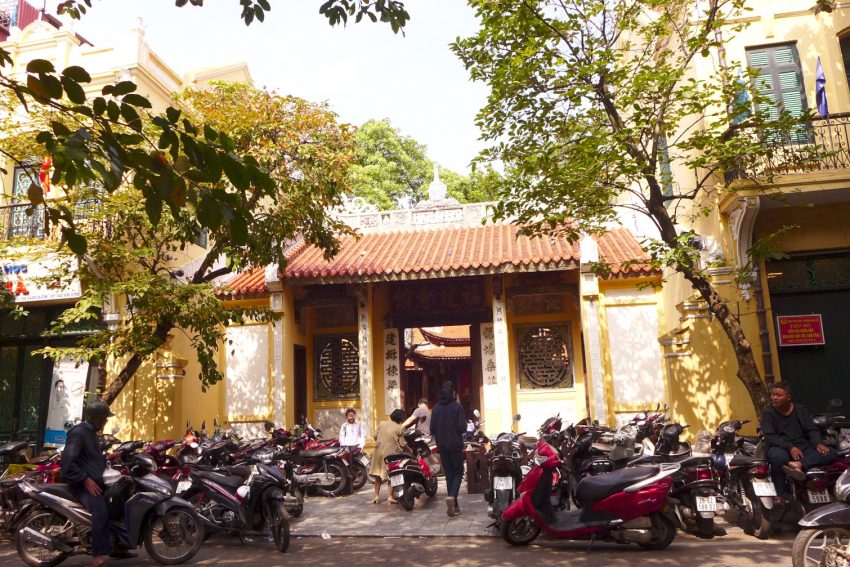 The sun was just rising by the time we were to depart Don Muang Airport in Bangkok, and it was a little past ten in the morning by the time we got out of Noi Bai International Airport in Hanoi. Our driver was nowhere to be found, something that irked me instantly. I was not usually a fan of prearranging airport transfers, but I was too apprehensive of Vietnam, largely due to my past experience in the country.

More than a decade ago, I visited Ho Chi Minh City with my mother and some relatives. We had just left Ben Thanh Market and got on the first waiting taxi. The meter was not reset during our ride, and the driver overcharged us more than ten times the fare. Of course, we argued and the driver went berserk and locked us inside the taxi. The argument escalated when we mentioned the police. Eventually, we negotiated and was able to bring down the price to five times the price, despite the driver’s bursts of anger. To date, it was one of my most horrible and terrifying travel experiences.

Fast forward to Hanoi, there was no way I was taking public transport anymore. I asked the hotel to pick us up, but there was nobody carrying a sign with my name. I had to communicate with the contact person from the hotel, and magically our driver appeared. Our driver wasn’t the friendliest, but he did take us into town efficiently. As we pulled into Hanoi’s Old Quarter, my folks exclaimed, “Nakasarak tayon”, an Ilocano phrase suggesting having found misfortune.

The Old Quarter wasn’t exactly what they were picturing Hanoi to be. It was gritty; it was noisy. It was a lot of things even for Southeast Asians like us. In front of our hotel was a tin shop, selling random things from range hood vents to chimneys to grills. Beside the hotel was a restaurant, with a representative trying to lure customers in. We were in the middle of the action, but we didn’t know it just then. Over the course of the next few days, we would fall in love with Hanoi. Here were some reasons why:

It had a small town feel

Though Hanoi is the capital of the country, I wouldn’t say that it was brimming with tourist attractions. Sure, there were a some day trips to do here and there, but what I appreciated more was that everything seemed slower-paced than other Asian capitals. It was quite a relaxing city vacation — a very laid-back one at that — and I didn’t feel the need to chase one attraction after another.

Food was delicious and the coffee was great

Admittedly, I never expected to enjoy Vietnamese cuisine. After all, I was not exposed to it growing up (even if Vietnam is technically our neighbor). What I remembered tasting as a kid was something bland, but Hanoi’s food was far from that. The flavors were subtle and fresh, usually from clear broths and the heavy use of herbs. Our five-day stint was not enough to cover all the things I wanted to try, but for those that we sampled, we were very satisfied.

It was also my first time to try Vietnamese coffee on this trip, and I was very pleased. It was strong, but flavorful, not just bitter. Too much of it rendered me tipsy one time — something I found strange, but someone at the hotel explained that it happens when you’d had too much.

The Old Quarter was mesmerizing

It took some time before we finally enjoyed staying in the Old Quarter. I loved being able to walk around and shop — believe me, there’s so many shops in this area, from “branded” clothing to local handicrafts to traditional medicine. I also relished our ability to grab a meal then go back to our hotel to get some rest afterwards. Hoan Kiem Lake on the weekend was also something to behold.

Yes, we only spent a day in Ha Long Bay, and it was one of the highlights of our trip. What I appreciated the most was that our cruise was more of a family cruise, and so it wasn’t a romantic ride I feared it would be. The limestone karsts were beautiful, and it would be unreasonable to compare it with our own El Nido. They might have similar landscapes, but the experiences were just different. I would love to go back, or to even visit the less famous Bai Tu Long Bay or Lan Ha Bay.

People were warm and friendly

I truly enjoyed the warmth and hospitality of the people here. There were some who were a bit rude to tourists, some who were obviously taking advantage of people who do not speak Vietnamese, but all in all, I didn’t feel that I was a vulnerable prey that I was in Ho Chi Minh many years back. In fact, some of the shopkeepers were very friendly, even bantering with us and claiming that they love Filipinos. A special shoutout would go to the staff at Hanoi Gatsby Hotel, whose service was professional yet very friendly.

Hanoi was an affordable destination

With the exception of our day cruise to Ha Long Bay, Hanoi as a destination was not something that broke the bank. We didn’t stay in a luxury hotel, but for how we spent our days — visiting attractions in the morning, roaming around the Old Quarter while doing a little bit of shopping, eating in casual restaurants or food joints, savoring coffee in cafes in the afternoon, and staying at a comfortable accommodation — it all felt like luxury, but it was far from that cost-wise.

I was honestly surprised how much I enjoyed the city, and I was truly sad to leave it. I look forward to be back someday, hopefully soon.

I have a lot more stories about Hanoi in the upcoming weeks. Until then…happy (virtual) travels!