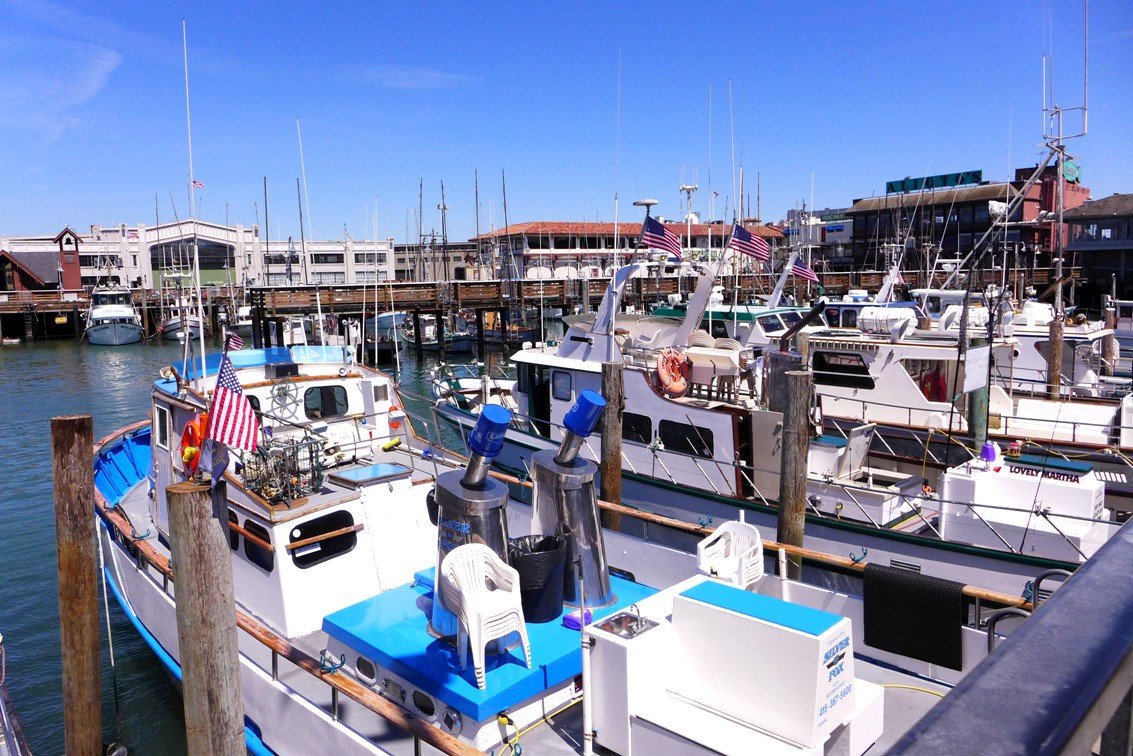 Strangely, the Pacific Ocean now lay on my left, the opposite of how I viewed it from the Philippines. Modern houses on the Sunset District lined the scenic route, a far cry from the more rustic nipa huts and coconut trees that usually dotted the Philippine shores. No swimmers were to be seen in the city, yet a lot of kiteboarders were playing. The wind was blowing hard while people enjoyed themselves.

This is, after all, San Francisco. This city is surrounded by water on three of its sides – the Pacific on the west, a strait on its north, and the bay on its east. Let me take you on a tour around its coast. Bear in mind that I never did this on a single day (doable with a car, but maybe not as enjoyable).

Once a playground for the rich and famous, the Cliff House is now open to the public. Like the Beach Chalet, it was converted to a restaurant to let ordinary people enjoy the view too. Its walls exhibited the building’s history – it was constructed for over three times. Portraits of celebrities also covered the walls of its interior. At the balcony, the famous ruins of the Sutro Baths could be seen, along with the birds that dominated the rocks. Camera Obscura, a camera shooting 360-degree views of the vicinity, stood just behind the building.

Up north stood two beautiful colonial buildings, the Legion of Honor in Lincoln Park (now an art museum) and the Palace of Fine Arts in Presidio. Sadly, I never got inside any of the buildings, but the lit-up palace was fantastic at night – even just from afar!

No visit to San Francisco would be complete without seeing the Golden Gate Bridge. Luckily, the weather greatly cooperated in most times I’ve seen the bridge, allowing unobstructed views of this engineering marvel. The red suspension cables were striking as it connects San Francisco to Sausalito, a task undertaken only by boats some centuries ago.

Just off the strait is the Marina District, where most people spent the time viewing the bridge and looking  at the waters. Fort Mason is a hilly landscape on the east of the Marina, and its lack of visitors make it a perfect place to see the beautiful cityscape. You could have a sandwich here and just look at the hills that dominate San Francisco.

From the Fort, it was an easy downhill trek to the Maritime National Historical Park. The Maritime Museum, housed in the ship-like building, and the old boats docked on Hyde St. Pier pay tribute to the importance of the sea vessels in local life before the Golden Gate Bridge was constructed.

Overlooking the park was the Ghirardelli Square, home to the famous chocolate. Don’t forget to get a cup of hot chocolate when it’s chilly, or go for ice cream when it gets too warm. To beat the crowds, pop in at mid-afternoon.

The Fisherman’s Wharf is a short walk away from the Ghirardelli Square. The once home to the freshest catch is now a thriving tourist area. Restaurants, souvenir shops and other famous attractions line the street, along with musicians and performers who make your San Francisco visit complete. Boudin Bakery, a famous maker of sourdough bread, conducts bread-making demonstrations here.

Further east is the home of sea lions, Pier 39. Hundreds of sea lions congregate here, where you can watch them as they swim and bathe in the sun, make noises and get on the wooden platform. Pier 39 also houses several restaurants and shops, although expect to pay more as you are smack in the middle of tourist town.

Finally, far out on the east, the Ferry Building welcomes you to a selection of artisan products – from bread to cheese, from ceramics to ice cream. Look around you when you get outside, the Bay Bridge could be seen from the back of the building. Cross Embarcadero and you’ll be at the city’s financial district.

On Saturdays, a farmer’s market occupies the area around the Ferry Building. Locally-grown produce are available all throughout its grounds. Fruits, vegetables, smoked fish, and flowers are some of the best items on sale. Handicrafts were also up for grabs, including several ceramics, accessories, lacquerware and other artworks. Our visit coincided with the Goatchella Festival, where by-products of goat were at the heart of the weekend market. Hundreds of people queued up for the goat-petting booth, the most absurd thing I’ve ever seen so far in the US!