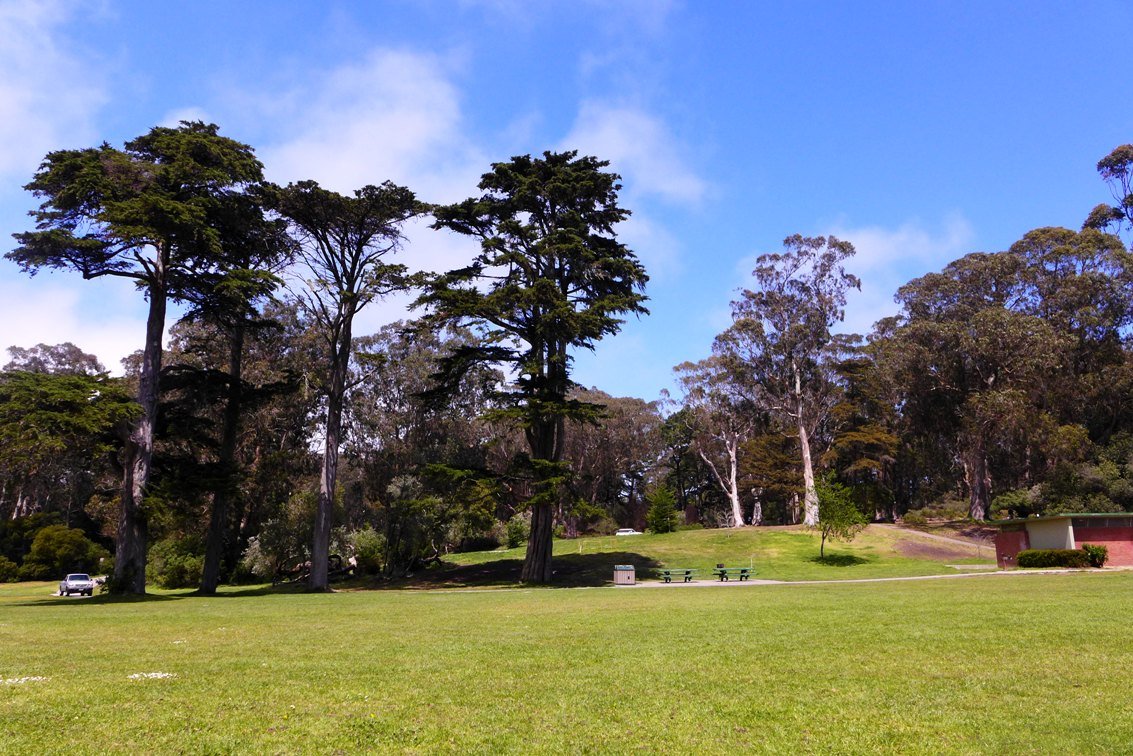 West of the city lies the Golden Gate Park, a huge green refuge of locals from the city life. Trees towered above you and sprawling open areas were available for playing or picnicking. Most people bike or jog around the area, while others kept themselves busy in just one place. The park is massive, just to tell you. I went there three times and I still haven’t seen it all. Because San Francisco is an expensive city to explore, here’s a list of things to do at the park without spending a fortune (or even a dime).

Learn about plants at the Botanical Garden

If you’re hanging on to your dear dollar, go to the Botanical Garden on the second Tuesday of the month — entrance becomes free! As luck would have it, I was there during this time of month, and I was able to score free entry to this huge botanical garden.

A pond welcomes you by the entrance, along with the big balete tree (okay, they have another term for this tree, but I just can’t remember — it looks like a balete to me). Ducks swam across the serene waters as every visitor takes a leisurely stroll. The serenity of the place was just relaxing.

A small fountain is at the center of the Garden, with geese wandering around it like bosses. The fragrance garden was just a few steps away, though I could hardly smell the flowers. It was, however, a delight to see flowers blooming even if it was still a little cold. The rhododendrons behind the fragrance garden were almost past their prime. A crab apple tree was blooming at the other side of the meadow, and another tree had flowers which looked a lot like cherry blossoms. 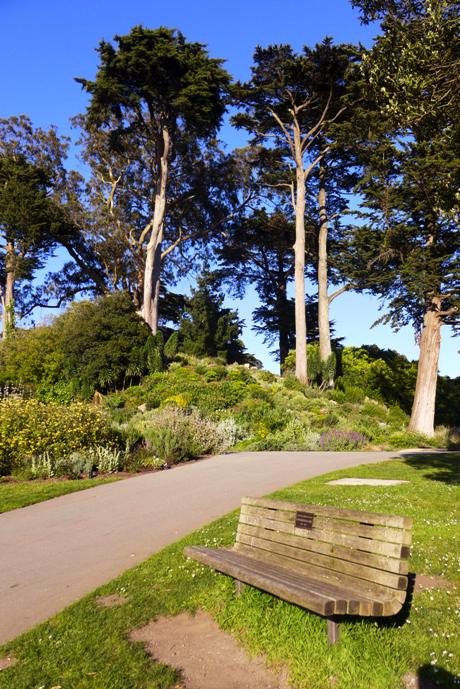 We took a sneak peek on the flowers of South Africa, before heading to the ancient plant garden. No flowers could be found on this garden, but remarkably humongous leaves and a very tall tree were settled here. Unfortunately, we were only able to cover half of the Botanical Garden, but it was nonetheless a relaxing (free) experience.

Admire the flowers at the Rose Garden and the Dutch Windmill

Because it’s spring, flowers bloomed almost everywhere across the park. The rose garden near the DeYoung Museum were scattered with big roses. Pink, peach and yellow were some of the colors that dominated the scene. Two-colored blossoms were also a feast to the eyes.

On the west, the poppies take the spotlight by the Dutch windmill. Orange and yellow were the name of the game, and this abundance of the California poppies was especially beautiful when viewed against the towering windmill.

Though now a restaurant, the Beach Chalet is still home to fresco murals. In fact, its entire ground floor is covered by these fantastic artworks, depicting most of the traditional San Francisco life. If you have enough dough to spare, you can wait for the sunset while sipping a drink at the restaurant.

An entrance fee might be required for the main exhibit area of the DeYoung Museum, but the observatory and its gardens are free. The pocket garden is home to a number of sculptures, though I found the observatory so much more interesting. It gives you another birds’ eyeview of San Francisco, without spending anything. The height wasn’t much, but the people here were fewer too. It was great to see another overlooking view of the city, after visiting Bernal Height Park and the Coit Tower previously. Upon going down, I took a closer look at a few exhibits on display at the free area — some pieces from the Bouquet to Art exhibit. 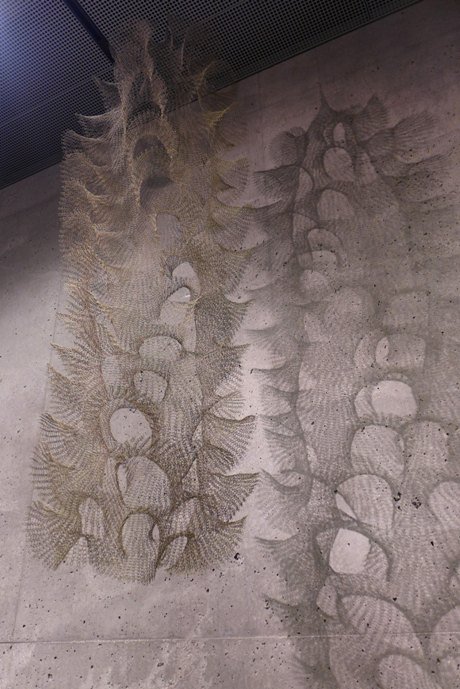 Take a walk around the lakes, fields and gardens

No visit to this park would be complete without getting a dose of exercise. Walk, run or bike — choose your thing, but never just pass this place in a car. The nooks and crannies of this place cannot be explored by a vehicle.

I never intended to walk around the park, but somehow I got lost on my way to the DeYoung Museum. I was by the Lloyd Lake when I took a wrong turn.  I followed the bike trail which unfortunately led me to the Polo Field, just the opposite of where I was headed.

The horses were grazing in the open area, a sight not particularly shown in public, but could be easily seen if you’re wandering (or lost for that matter). I followed the path of a runner which, thankfully, led me to the main road. Bison sat and grazed on the other side of the road, while cars plied slowly as passengers admired the scenery. I wanted to rent a bike, but I didn’t know where to get them so I trod on.

The walk ahead of me was long, but was made beautiful by the flowering plants, tall trees and serene ponds that came and went into view. Locals were playing frisbee, while a few were feeding the birds. Because of the great weather, many were holding their picnics here. Bikers still ruled the roads, with some enjoying tandem bikes or four-person bikes.

Soon, the modern building of DeYoung came into view. Phew! I never imagined I’d walk a huge chunk of this park. It was quite tiring, especially if you’re wearing a pair of flats instead of sneakers. I recommend a bike instead!

If you have a lot more time and money…

There’s always the Conservatory of Flowers and the Japanese Tea Garden to explore to reconnect with nature. Otherwise, hit one of the museums: the DeYoung or the California Academy of Sciences, where you can spend an entire day visiting each one.

Until next time. Happy travels! =)