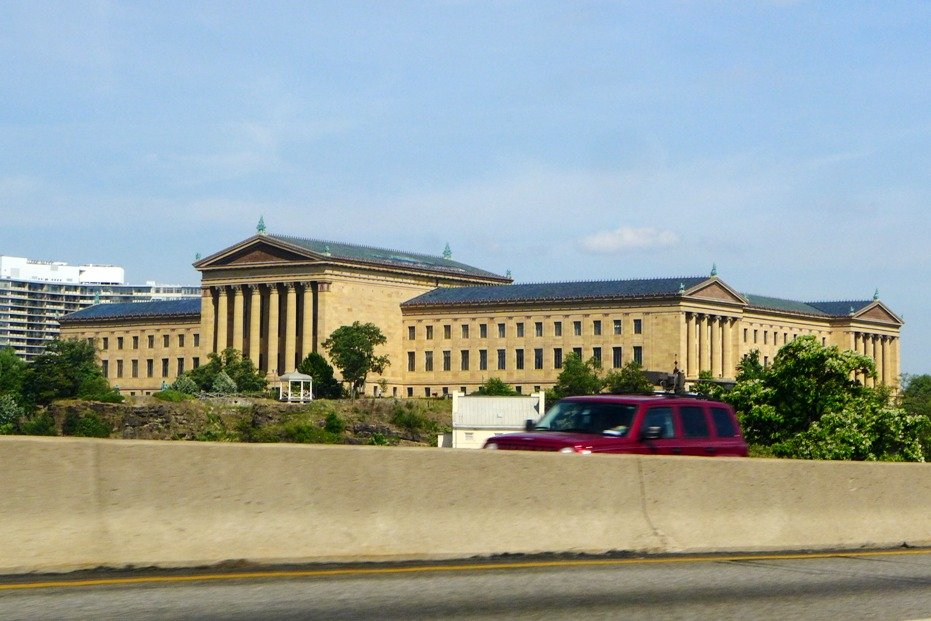 Six hours after leaving Rochester, we finally reached Philadelphia, our home on the east coast for the next couple of weeks. The city welcomed us with such warmth that I was complaining about the heat for the first time in the US.

I am not sure why I still remember much of the city after five long years, but I’m grateful that I do. Just like Chicago, it was time to explore the city on foot.

Luckily, the tourist destinations of Philadelphia were set on an almost linear path. From the Philadelphia Museum of Art to the Penn’s Landing is as straightforward as it can get — there’s simply no way that you could get lost. Otherwise, there’s already a cheaper alternative to the pricey hop-on hop-off tour bus: the Phlash bus. The Phlash bus stops at almost every tourist attraction there is in the city, and it would save you a ton of energy especially in this season’s sweltering heat.

Nevertheless, I decided that it was moot to see the city again by bus. I have done it once, and though I really liked it, I wouldn’t want to do it again. The Philadelphia Museum of Art was our first destination, though not to see art: it was to run the Rocky steps. If you’re not in for a run, just walk up the stairs and you would be rewarded with a view of Philadelphia’s skyline. While you catch your breath, find William Penn standing atop of the City Hall. Unfortunately, he is now dwarfed by some tall commercial buildings. I could only imagine how the city looked like when the City Hall was the tallest structure of the city…

Now that you’ve seen the panorama, it’s time to be in it. Make your way towards the City Hall. Walk under the canopy of trees to prevent sunburn, but take note of the flags hung at every lamppost. Every flag in the world is displayed here (it’s great now that it’s in alphabetical order!). See the Rodin Museum if you have the time and interest, but it wasn’t museum time for me so I skipped it. Farther down the road, immerse yourself in colonial architecture as you see the Free Library and the Franklin Institute.

Once you’ve reached Logan Square, go inside that massive church, the Basilica of Sts. Peter and Paul. Be surprised with the grandeur that its interior possesses. Unlike the St. Patrick’s Cathedral in New York City, this one had a very solemn atmosphere. Wonder at the spectacle that each image and altar exudes — it’s one of the grandest churches I’ve ever been to in my life.

Continue your walk until you see Love Park. Quite literally, it’s the park with the love sign! Witness how couples kiss under the sign, or stare at the towering fountain behind it. Across the intersection is the beautiful City Hall. The Masonic Lodge stands at your left – its façade is one of the most spectacular buildings in the city. As it’s now lunch time, hop into the Reading Terminal Market to stuff your stomachs. (More on that in a later post.) 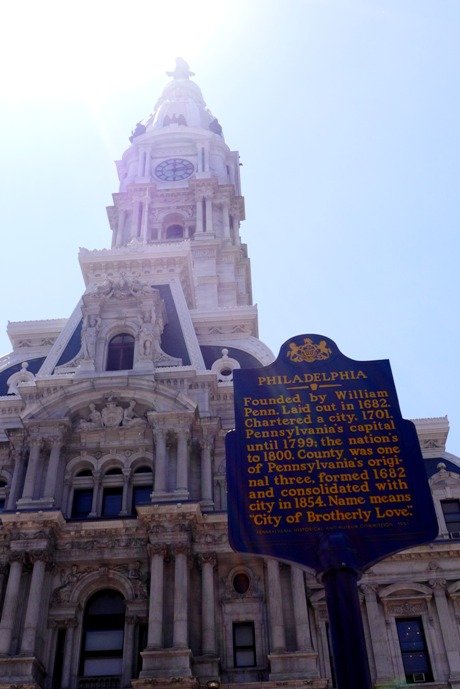 From the Reading Terminal, it’s time for a dose of history. Head to the Liberty Bell to see the famous cracked bell. The city’s rich history becomes evident in these locations as the buildings become crowded by students on field trips. With a very long queue for the Liberty Bell, we decided to skip it and walk around this historical park instead. I would’ve wanted to visit the Independence Hall, but after reading from their website beforehand that only timed entry tickets were given to walk-in visitors, I decided not to go anymore.

Hence, our walk turned out to be rest as we entered the city’s Visitor Center. Apart from maps and guides, there were two films shown to give visitors a background of the American Independence. We gave our legs and feet a rest as we watched one of the films (and cooled down from the almost heat wave outside). After summoning enough strength to tackle the heat outside, we left the Visitor Center and rode the Phlash bus to take us around the Penn’s Landing (a drive-by tour for us, but you could go down if you wish) before heading to the train station to get home.

P.S. If you wish to satisfy more of your historical finds, visit Franklin’s grave and the Betsy Ross’ House, which are both walking distance from the Independence Hall.

1 thought on “Walking around Philadelphia”