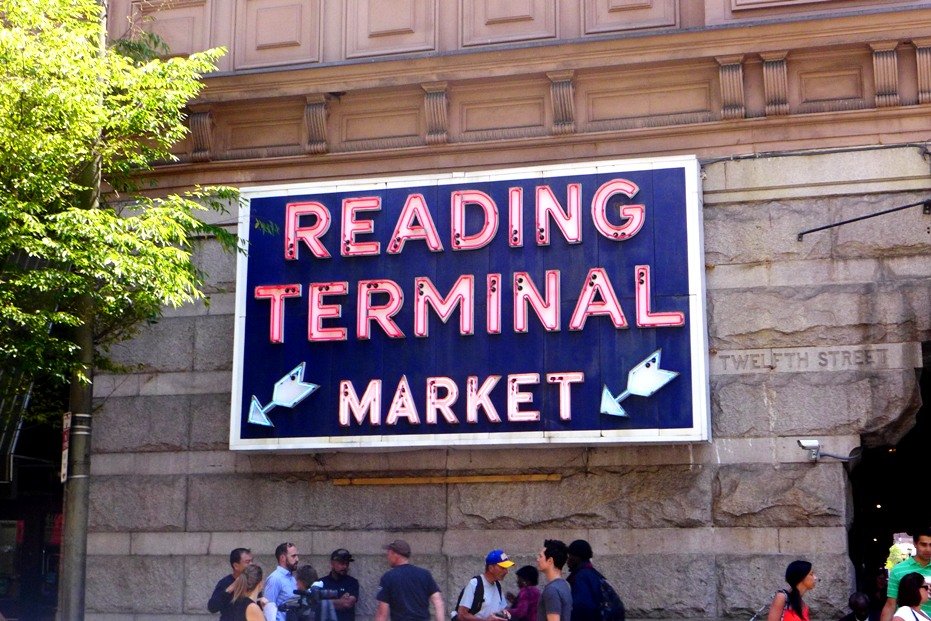 What the heck are we going to do in Reading Terminal? It was the very thought that raced through my mind the first time I heard about the place. My cousin was very eager to bring us there, and I was wondering how special the books were to deserve a spot in our itinerary.

Apparently, there were no books in Reading Terminal. It’s pronounced as “re-ding”. All that could be found inside were food. Tons of food both in raw and cooked forms, and everything related to gastronomic goodness. Unfortunately, we only spent a short time there since we wanted to see more of the city then. Still, it was one of my best memories of Philadelphia, and I could only wish to go back for a more in-depth experience.

Fast forward to 2015, and I was back. I have seen a lot of Philadelphia, but I wanted to go back to only one place: the Reading Terminal Market. Because of the sheer abundance of food that overwhelmed me before, I decided to do a little bit of research first. Believe me, everything looks so good when you’re there that you would have a very hard time deciding which food to partake!

As we entered the RTM, we were met with the freshest seafood, meats and produce. Artisan cheeses of different varieties were sold almost on every corner. So were cured meats – ham, pastrami, sausages. Pastries on display would surely make your mouth water. Craving a particular cuisine? Chinese, Mediterranean and Creole were all present. Gourmet food – from preserves to spices, and from dips to sauces – were aplenty. Name it, they have it.

It was time to finally enjoy the gastronomic treats. Here’s a list of items we tried:

Though famous for its sandwiches, we put the bread on hold to get more of what the store specializes in: cured meat. A sample platter of corned beef, pastrami and brisket was served with coleslaw, pickled cucumber and Russian dressing. The pastrami stood out among the three, but it was still mildly flavored compared to other pastrami I’ve tried. The corned beef was acceptable, but I wish it was a little more tender, but the brisket was just too dry to my liking.

I personally love mac and cheese, so when I heard about the fried mac and cheese balls from Beck’s, it was instantly a go for me. I know, it’s an overkill, but sometimes calories are king. I loved the crunch that the bread crumbs brought to the Mac and cheese, though I wish that it was a little bit cheesier and had more salt. (But I guess it’s already salty for the palate of most locals.)

I discovered this Amish bakery in 2010, and I was already blown away. Their apple strudel was a winner for me then. Now the bakery has expanded that it had three different stalls – one specifically to sell doughnuts. Oh, their donuts were also really good, and the fritters too! Plus, it’s one of the cheapest items in the market (only a dollar each), which was good for both the taste buds and the pocket. 🙂

As we were about to exit the market, I spotted the cannoli shells found at this place. I haven’t tried a cannoli before, so why not have my first from a store with so many mouthwatering desserts on display. The shell was so crispy and the pastry cream was just spot on when it comes to sweetness. (Or maybe the donut was just too sweet?)

I fell for you the moment I laid my eyes on you. As a lover of ice cream, there was no way I’d skip this place. I got the peach and raspberry truffle scoops, which I both thoroughly enjoyed. The ice cream was thick and very creamy and the flavors came through in every spoonful. The servings were generous too. I had no complaints. 🙂

My initial list included getting the pulled pork sandwich from DiNic’s and a grilled cheese sandwich from Meltkraft, but I could only eat so much in one visit. I’ll try them the next time I visit, hopefully sooner than I think. 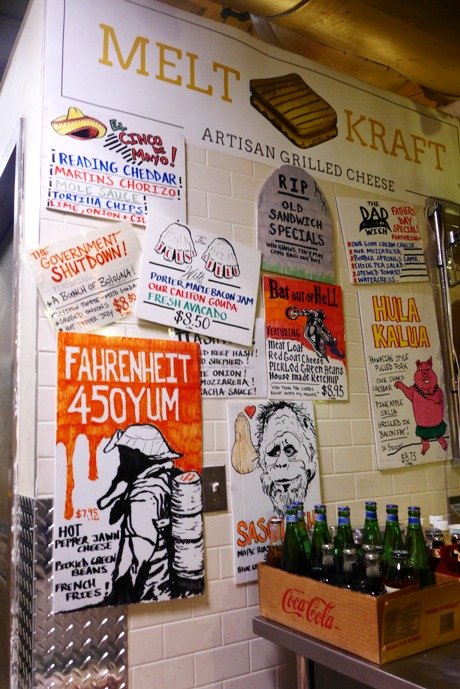