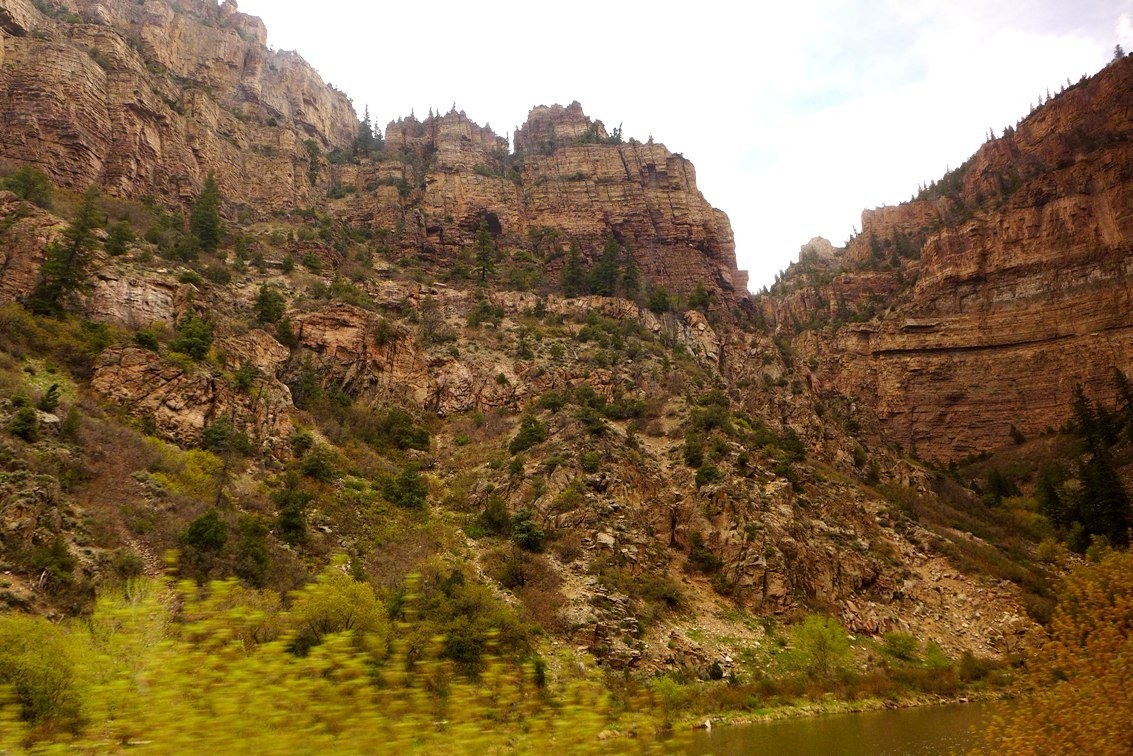 Having had very limited experiences in taking long-distance trains, I was antsy when we finally boarded the California Zephyr, the train taking us from Emeryville to Chicago. It would take us roughly three days to get to our destination, the longest train ride I would ever have undertaken in my life. But I was in for a big surprise: it was the best train travel I ever had.

Once you’re ready for boarding, a conductor assigns you to a coach. Passengers with same destinations are lumped together in one coach. Lucky for us who were going almost all the way (we were to end in Naperville), the first coach of the train was almost empty. There were less than ten people when we left Emeryville, and that number did not even double even if a lot of passengers embarked in Sacramento.

The train wasn’t as modern as those in Japan, yet it wasn’t as outdated as those in India. The coach seats, however, were comfortable enough. I could even straighten my legs out, thanks to the foot and leg rests available. Since there were only a few of us onboard, each person in our coach had two seats to themselves, a great comfort when you want to catch a good night’s rest.

Our journey thus began. We left Emeryville later than scheduled, and the beautiful bay emerged almost as soon as we pulled out of the station. Fields, small stores and houses and factories lined the scenic coast. Just before we entered Sacramento, marshlands took over the view. The varying hues of green, yellow and brown and the calm water were engaging to the eyes. Far on my right were three ships that were said to be used in World War II.

It was around lunch when we finally climbed the Donner Pass and Sierra Nevada. Pine forests soon lurched into view – what a spectacular sight indeed! In the distance, some snow-capped mountains could be seen, and shortly after that was the Donner Lake. The pine forests took hours before they faded into view, and I enjoyed every minute of it.

Just before darkness fell, the dry desert of Nevada took the spotlight. It was a long day, but I could stop staring at my window for more spectacular sceneries. It was only day one, but I already knew that I already got my money’s worth.

I awoke when the sun was struggling to make way over the darkness, and red plateaus covered the horizon. I fell back to sleep as soon as I captured a photo, since the day ahead of me was supposedly the highlight of the trip. In the early morning, the desert greeted me. We were already past the desert of Nevada, but Utah’s landscape was hardly different. It was dry land all over. Reddish brown and deep orange plateaus soon came into view, and the beautiful Ruby Canyon impressed me with its magnificence.

Soon, we were in Grand Junction, a sign that we were already in Colorado. A grand plateau stood on my left, and in no time we were seeing the Colorado River. Never had I seen such a landscape in my life – rocks on top of one another. Each layer could be seen in every rock, a mark left by the constantly moving plates on the earth’s crust.

I awoke just before we reached the train station for Aspen. Again, it was pine forests that took the lead vista, and snow-capped mountains could be seen from the horizon. Mountain lodges and log cabins for skiers were all around the train station, and it was great to feel the cool mountain air even just for that brief rest stop.

The Glenwood Canyon was fantastic! The view was so beautiful that I couldn’t help but transfer from one side of the train to another (yup, that was how empty the train was). This led to me, unfortunately, to feel motion sick – a nightmare when you are in a scenic train journey such as this. I fell asleep just after getting the time of my life staring at the canyons.

I thought that the beautiful views had already ended by the time we left canyonland, but I was still in for a treat. The snow-capped mountains soon came closer to view, and in no time, snow was all around us. Everything was in a white motif, and it seemed that winter was the season instead of spring when you look out your window. Skiers could be seen from a distance, along with the ski lifts that were akin to ski resorts. It was wonderful to see snow for the very first time…if only I could touch it.

We reached Denver ahead of schedule, and were able to roam around Union Station for a bit before we continued on our journey. Before I knew it, day 2 was over. We only had a few hours more on board.

Day 3 Nebraska to Iowa to Illinois

I awoke in the middle of the night just as the train pulled into the station. It was raining hard in Lincoln, Nebraska. Unable to see anything as we pulled out of the station, I decided to return to my deep slumber.

Fog casted its shadow across the fields of Iowa. While a lot of people deemed it as a boring scenery, it was new to us. Cows and hay spread around the rolling hills, and countless silos were present. Occasionally, we would spot the red barns that are ever iconic in American farms.

This scenery went on for hours, only disrupted by the mandatory train stops in small towns. We also managed to take a peek of Wesleyan College in Mount Pleasant, whose campus is a block away from the station. Soon, we crossed the border on to Illinois. As we rolled out of Galesburg station, we crossed the Mississippi River. It was not my first time to cross it, but I found it more interesting this time around. I never realized that it was that wide.

The farms and the small towns filled with brick buildings interchanged throughout the rest of our journey. In a few more hours, we arrived earlier than expected in Naperville. We said goodbye to the people we’ve become friends with on board, and thanked the One up above for a great train journey that we will never forget in this lifetime.

1 thought on “California Zephyr: The Best Train Journey in the US”