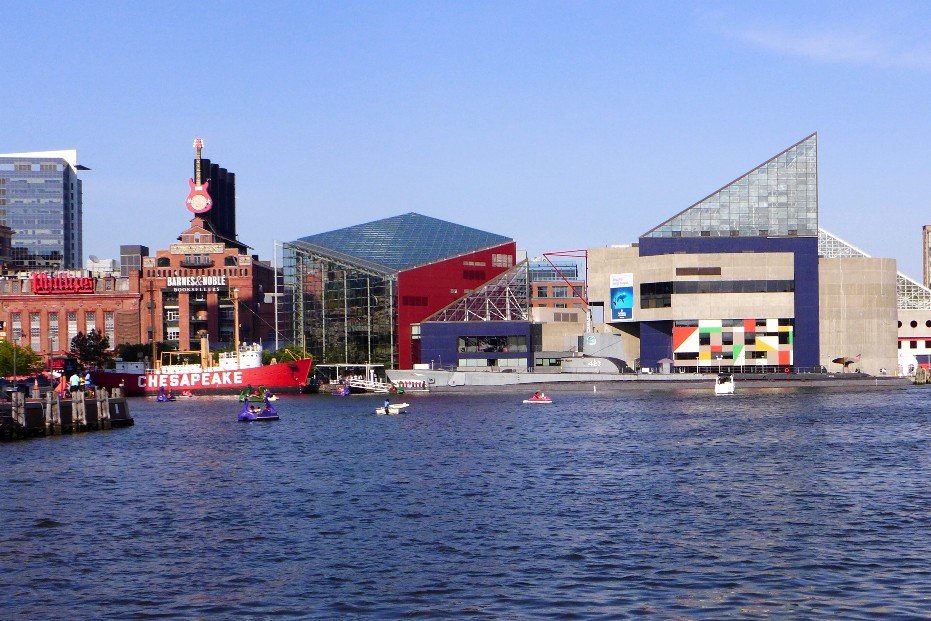 It was just a weekend getaway, but a memorable one nonetheless. To be honest, this second visit to Baltimore made me appreciate the city in a deeper sense than seeing Fort McHenry or the Basilica of the Assumption. Don’t get me wrong, those are both great historical places. But in that very same idea, their significance is in the past. This time around, it’s refreshing to see a more contemporary side of the city.

Having indulged in Maryland crabs and corn the previous night, it was time to get out of the house and enjoy the city life. Baltimore’s Visitor Center was our first stop, since they had a tourist-oriented film played on a loop about the attractions of the city. After the eleven-minute show elapsed, we headed outside onto the Inner Harbor where we spent the rest of the day.

Ferries docked on the Inner Harbor and passengers got off to enjoy the city. Children screamed in glee as water from the fountain sprouted from their feet. Some ran across the grassy playground, while their parents watched from afar, partially admiring the view. A lot of people walked by the harbor, staring at the skyline that Baltimore prides in. Across the Visitor Center, the massive National Aquarium stood, seemingly guarded by the USS Constellation, an old naval ship, the LV116 Chesapeake, a lightship used by the Coast Guard, and the USS Torsk, a decommissioned submarine.

Maryland’s Science Center also occupies a portion of the Inner Harbor, much to the amusement of kids. I’m beginning to think that this place is built for mostly for families — science + marine life + museum ships, until I saw the playground of the rich. Yachts were parked on the marina. A (probably) rich lady was getting her tan on the bow, oblivious to the stares of men who were looking at her body. On the other side, several adults where donning their skimpy sportswear while they played beach volleyball. Not that there was any beach here, but a field of sand big enough to play in. A mast stood just beside Baltimore Beach to commemorate the Pride of Baltimore, which was lost at sea.

Before reaching Federal Hill, we passed by the American Visionary Art Museum, a museum showcasing contemporary and postmodern art made by artists with no formal training. I assume there’s a lot of interesting pieces inside, as the ones displayed outdoors were already great! A golden hand coming from the building’s wall, a huge nest suspended on another wall, an egg mosaic and other avant-garde artworks. They all instantly reminded me of 798 Art Zone, a district in Beijing where contemporary art pieces where everywhere. 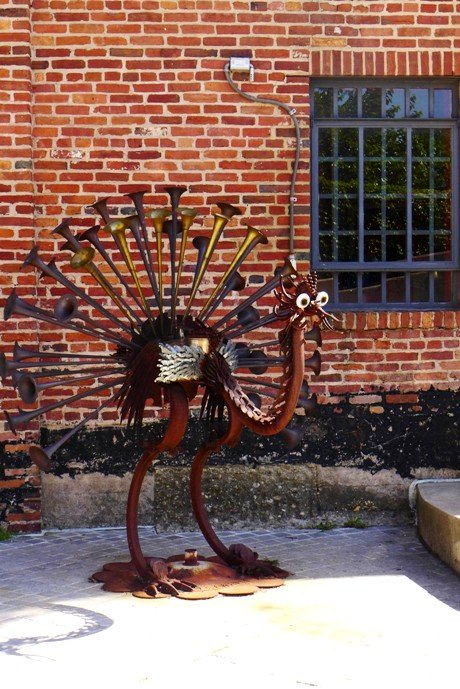 It was then time to climb the Federal Hill. We took a shortcut by the slopes, since we were too far from the stairs. Oh, I loved this view. Not that Baltimore had such jaw-dropping skyscrapers, but the Inner Harbor was just so alive. Ships and ferries plied its waters, while small swan boats were pedaled by visitors. People bustled along the harbor, enjoying the great weather and the holiday.

A giant flag was hoisted on a tall flagpole atop the hill, as if extra proud today, the eve of Memorial Day. We rested here as it was beginning to get too hot to walk, although you could feel the breeze especially under the shade of trees. Like most parks, locals brought their mats to lie down. Some even just sat on the grass and read a book. Others played cards with their friends.

After getting down from the hill, we snacked on Italian ice and ice cream from Rita’s, a Pennsylvanian frozen treat great for a hot day. We settled on the benches near the waters, eating while watching people walk by and ships drift away. The crowds were getting thicker by the minute; a lot of lovers now appeared as the sun began to set. Near the USS Constellation, a magic show has begun, attracting hundreds of watchers. As we walked back to the parking garage, an Indian festival was ongoing in another park, seemingly transporting you to another continent in a flash. 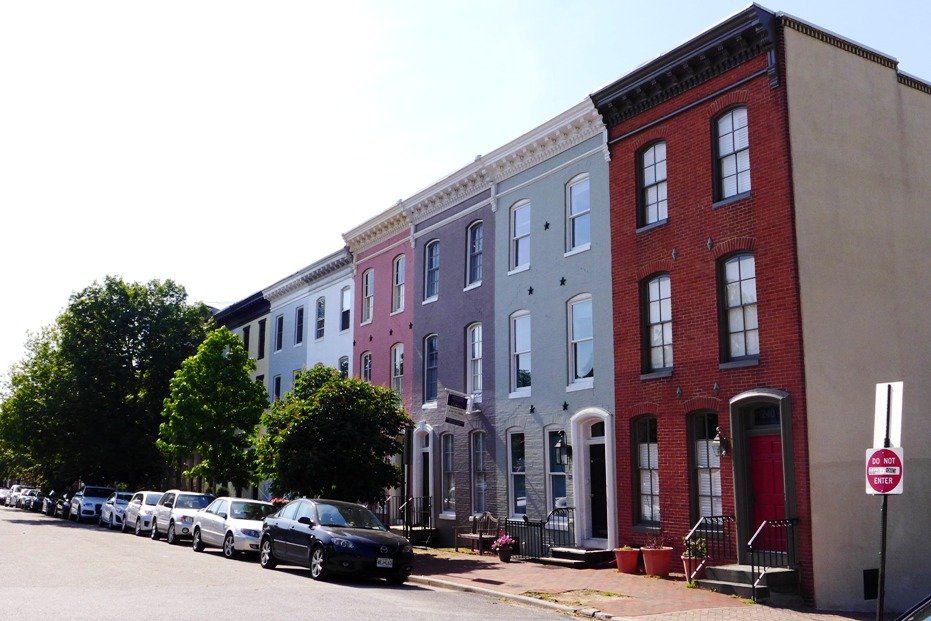 It was a great Memorial Day weekend! Happy travels!