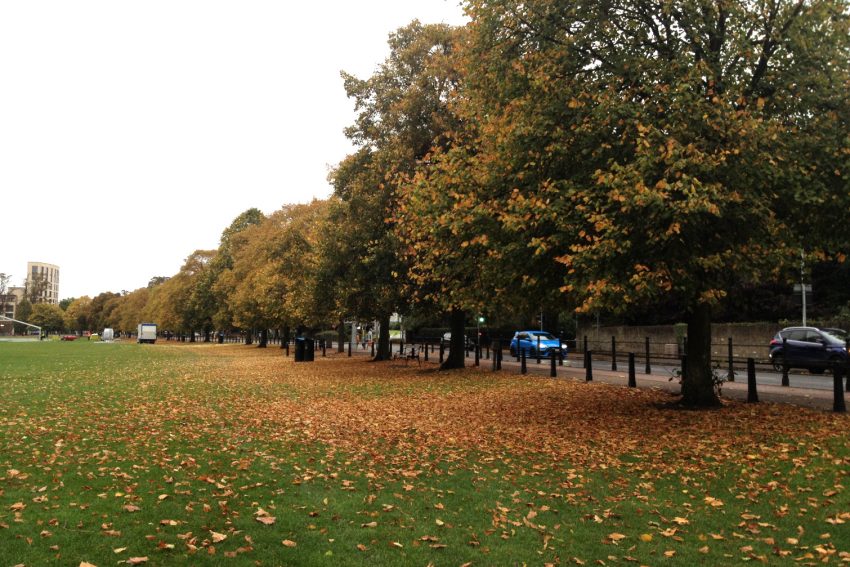 It was time to say goodbye. Four weeks in the UK flew by too fast, but for most of the time during our final week, we spent our time idly at home. It was in Cambridge where we experienced the most mundane of daily activities, including grocery haulsfenjoy, cooking and a little bit of shopping.

Like most Filipino families, we mostly bonded over food. Truth be told, we rarely dined out while we were in Cambridge. After all, there was this amazing array of foods to be had, and my brother also missed my mother’s Filipino cooking.

The UK has no shortage of fresh produce. The wide array of vegetables and fruits was evident as we strolled around the grocery aisles and farmer’s markets. I also had a life-changing tasting of fruits: those pears from the backyard were the sweetest and juiciest I had ever tried (too bad my brother now lives in a different house). I also found a love for fresh peaches, far greater than other stone fruits like plums or nectarines. It was also my first time trying passion fruit and fresh figs. Cauliflowers and broccolis were larger than my head, and the British dependence on potatoes were evident in their big bags.

I particularly enjoyed having steak or lamb for dinner, both of which were of great quality, a costly endeavor back home. Chicken dark meat was way cheaper than white meat, which was favorable to us. The main drawback was the lack of abundance of fresh seafood, at least around where my brother lived.

The wide assortment of cheeses and cured meats added to our food experience as well. I loved fresh mozzarella and was able to make a Caprese salad for the first time. I was less conscious in adding copious amounts of parmigiano reggiano to some pasta dishes, while I was able to try some British cheeses on their own: notably Cheddar, Blue Stilton and Red Leicester. Salami, prosciutto and chorizo were delicacies that my palate was devoid of back home. Sausages were abundant, and they were really not expensive as they were in Manila.

I had more than my fair share of supermarket croissants, as these were incredibly expensive and not as delicious in my city. In the end, I favored Waitrose’s the most. British scones and crumpets were not my favorite, but those that I tried were from the supermarket, so I was pretty sure that there were better versions out there. Scotch eggs, pies and sausage rolls were hits and misses. I also missed out on sampling Yorkshire puddings.

I was only able to try two: Colman’s English mustard, which I found too hot for my liking, and HP Sauce, which I wasn’t a fan of. I hadn’t mustered the courage to taste Marmite yet.

The teas from Whittard of Chelsea were only food items that I did not buy from a grocery. I greatly adored its afternoon tea, and so I had to replenish my dwindling supply back home.

Technically, another specialty shop food item would be Hotel Chocolat’s chocolate truffles, but it was quite costly so my brother paid for those we took home. I had fallen in love with these chocolate treats long before getting to the UK, but tasting its hot chocolate in store was divine. Given the cold weather, it was marvelous to while time away sipping this chocolate drink.

Apart from coffee shop runs, it was only Nando’s which we tried while we were in Cambridge. I was underwhelmed the first time I tried it, but a second shot proved otherwise. The boneless chicken thighs were a lot better in flavor (as the rub might have been absorbed into the meat more) and had better overall value compared to a leg-thigh quarter. This, along with the peri-peri sauces and the peach rooibos tea, made for a wonderful meal.

Though I confess that I’m far from being a shopaholic, that didn’t prevent my curiosity in walking around the malls and shopping centers. I didn’t buy much, but I thoroughly appreciated perusing the aisles and products in the supermarkets.

Grocery shopping at Tesco, M&S and Sainsbury’s were enjoyable given the wide range of products they offered (I say this from a culinary standpoint, where products of international cuisine are not widely available here in Manila). Asda was a bit chaotic to my liking, given the number of patrons it has, but it was fun to browse the aisles anyway. B&M had some of my favorite finds, like a big box of Twining’s tea for only £2.

It was amusing to watch the shop and scan method of shopping, as it was something new in my eyes. However, it was disconcerting to observe the haste of shoppers as they bagged their groceries after checkout. It was so fast-paced, that no order seemed to matter when putting the groceries in the bag — it just had to be done quickly out of consideration for the person behind you in line.

Generally, I found department stores to be way out of my price league. I couldn’t afford many of the goods from Debenhams or M&S. However, I found Wilko to be a delight, both in terms of affordability and range, and the wallet-friendliness of Poundland was a surprise. Home Sense was nothing compared to the scale and affordability of Home Goods in the US. Most items for the kitchen were pricey, but strangely I found an affordable stick blender at Curry’s PC World. Even Boots Pharmacy was a treat, as the availability of French skincare products were remarkably reasonable. On clothing, H&M was huge here yet Primark was of a different calibre. Clothes offered there were extremely cheap. No wonder teenagers and young adults carried huge bags of Primark in every city we went to — it’s a testament to how influential fast fashion had become. It’s a shame I didn’t get to browse any bookstore, especially given the number of WH Smith shops I passed by. Maybe next time.

Before I bid the UK goodbye, allow me to share some of my favorite photos of British fall foliage. I adored the changing warm colors of this season, and I hope to see more autumn leaves in the future.

Goodbye for now, UK. I hope to see you again next time!