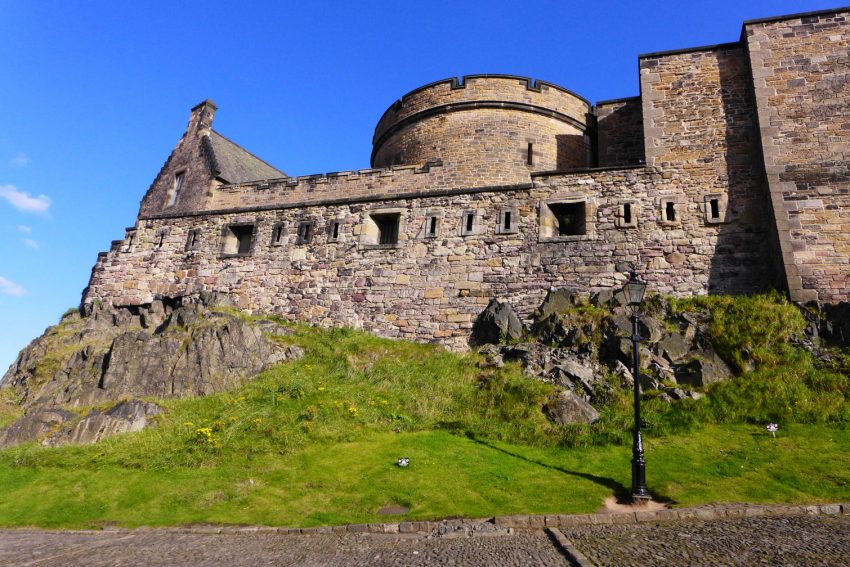 Having previously visited the Tower of London, I did not really expect much of our visit to Edinburgh Castle. After all, what could have set it apart from the other castles in Great Britain, apart from being the first Scottish castle I explored? The answer came quickly as we passed through the gates. Standing solid, high and proud, alone in all its might, the castle seemed to take command everything that the eye could see. And it was no ordinary sight; the view of the city was magnificent.

Due to some miscommunication, my mother and I went up the Lang Stairs to explore the main castle grounds. Don’t make the same mistake as us, there’s a gentler slope on the opposite side. The St. Margaret’s Chapel greeted us on after successfully climbing 70 steps. Its quiet and solemnity was an irony to the battery of cannons just standing outside. If I thought that the view was magnificent earlier on, the view at this level was simply superb. One can even see Arthur’s Seat from here.

We proceeded to the Royal Palace, because palaces interest me way more than fortified walls and armory. The Laich Hall did not disappoint. Though not as opulent as other British rooms, it had a feel of luxury of its own. The carved ceiling gave a grandiose feel, but the wooden panels lent a lived-in character. I was keen on visiting the Scottish Crown Jewels, but the way it was presented chased me out panicking. The dioramas and life-like figures, along with the somber atmosphere, were what nightmares were made of for someone like me. The exit led to the castle’s inner courtyard, where other significant structures could be found.

Standing in the middle of the courtyard, one felt safe; the city below seemed so far away from the tall buildings made of stone. The Scottish National War Memorial had a dignified air, a fitting recognition for all those who died in battle. Its stained glass windows imparted a glowing brightness that contrasted the grey mood enveloping the interior. Outside, the Great Hall stood opposite the memorial. This building where lavish banquets were previously held now showcased some suit armors and weapons, and frankly, not one of the things I was terribly excited about.

Though not the most grand of castles, the uniformity of the materials, along with the exposed crags on which the main keep was perched on, created a beauty that was picturesque on its own. I might not have explored the castle exhaustively, but I adored what I saw, and it remained to be one of the most memorable (yet touristy) things we did in Scotland.