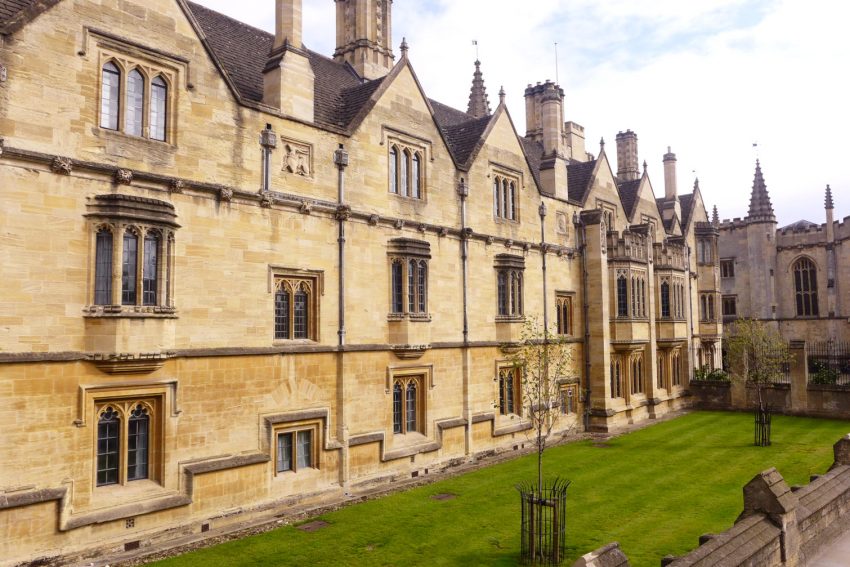 Following our short stint in Scotland, we were ready for another trip outside Cambridge. This time, it was this town’s academic rival: Oxford. Even at Parker’s Piece, the beginning point of the our three-hour bus journey, the changing color of leaves had already mesmerized me. Though the UK is not famous for its autumn foliage, I had nothing to compare it to. My bar was set too low that every new color of tree was captivating to me. The bright yellows, the rusty oranges, the deep reds and the tan browns were all part of the season’s beauty. Intersperse this with the adorable traditional houses that dotted some of the villages that we passed through and the three-hour travel was over in no time.

In reality, the last twenty minutes or so was unbearable. You see, the bus we rode had a toilet on-board. I was busy staring out the window at the village of Bicester when the passenger in front of me left to go to the bathroom. A few minutes later, a nasty odor was emanating inside the bus, enough to even wake up other sleeping passengers, and no, it was definitely not number 1. Though the passenger lingered in the bathroom for some time (perhaps to let the odor dissipate), his walk of shame had to be done. After all, we were closing in on Oxford. For all those bus rides with an on-board toilet that I had taken, nothing reeked as badly as that one did. (It was uncomfortable for everyone on board, but perhaps more for the person who had to use the facilities on board the bus and the embarrassment that followed.)

Reaching Oxford, it was evident that this was a much larger university town than Cambridge. The streets were wider; the buildings seemed taller and farther apart. The city was bustling. As we arrived almost at noon, we busied ourselves finding a place for lunch. It took us a long time to find one: it wasn’t that Oxford had a small selection of dining establishments (there were plenty), but we wanted something unique to Oxford, not just a chain restaurant. Then, we hit a jackpot. Since we were there on a Saturday, it coincided with a market day at Gloucester Green. The aroma of food wafting in the air was so inviting. We were lucky to even find a table to eat! We gorged on some souvlaki and paella. I know, they’re not British, but they were good food.

With our bellies full, we continued on our day trip. Since my father’s foot was still in pain, we opted to take another hop-on, hop-off bus tour. For most part, we stayed on the bus, keeping our eyes open for the architectural wonders abound. I particularly enjoyed the sandstone buildings and their Gothic influences, as well as the interesting heads popping off their facades. A more modern rendition existed in the form of a sculpture of an entire human body standing atop the roof of Exeter College.

There were some naturally picturesque scenes, especially as the bus wove through streets with color-changing trees. I was also thrilled by the quaint gardens and serene waterways, as they complemented the attractive architecture.

We only made two stops during the bus tour: the Christ Church College and the Radcliffe Camera. More on them next time. Happy travels!