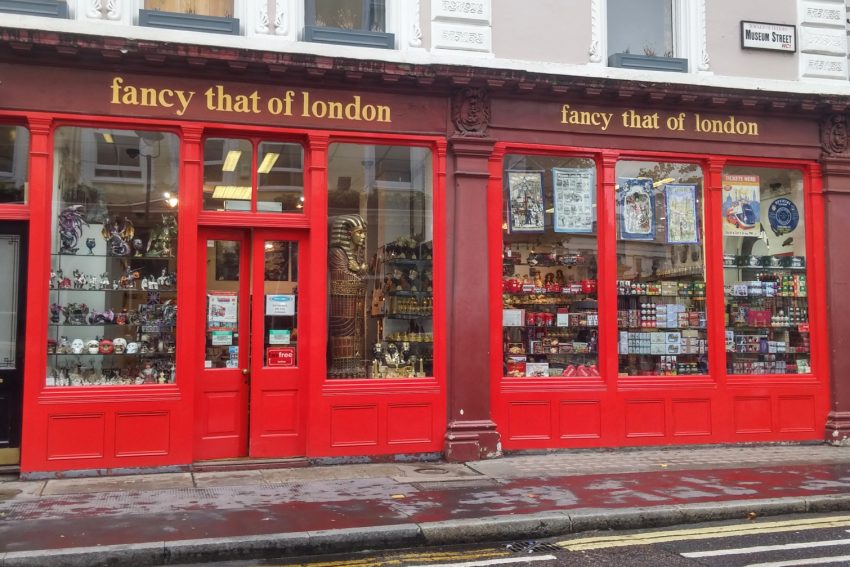 All good things must come to an end. I woke up and stared at the quiet traffic passing below the apartment building. This was our final day in London. The scenery below us was something I would surely miss, even if our stay here was just a short one. After all, this was the London I truly appreciated. Add to that the fact that most days on this second portion were spent leisurely visiting places: there was no hurry to get from attraction to the next. Spending time just chilling out was one of the factors in fully enjoying a European city; something I learned later on when we visited Edinburgh.

Unfortunately, my father’s gouty arthritis has flared up. No matter how much we wanted to see more of the city, there was no way we could. Our return to Cambridge was in order. However, before doing so, we had a simple yet wonderful breakfast from two shops close to our apartment.

My brother and I got out to procure some food. The streets were still quiet early in the morning. Trash bags dominated the sidewalk, with a few deliveries being made here and there. First, we bought some caramel donuts again from Bread Ahead, which were fabulous when we tried the first time. We took a short detour in one of this area’s well-known secrets: Neal’s Yard. Most of the shops were still not open during our visit. The weather was gloomy but the color explosion on the buildings was so lively. If I would ever have the chance, I’d go back there and enjoy the atmosphere.

We proceeded to our last destination, Monmouth Coffee. We had a difficult time finding this coffee shop as, at that time, there was no signage in front of the store. We took a shot in entering one of the open shops, et voila! It was indeed Monmouth Coffee. We brought back a few cups of lattes and cappuccinos and some croissants, which we greatly enjoyed at the apartment. Truly, there was no mistake in touting it as one of the best coffee shops in London.

Before leaving the city, we had a short walk and got to admire the Georgian buildings scattered around the area. It was also lovely to see the little pockets of parks and greenery around London.

We arrived at King’s Cross with plenty of time before the next scheduled departure for Cambridge. Goodbye for now, London!

There’s a lot of London I liked — the historical places and the free museums. I could not believe that most of these art hubs were free! I adored the vast selection of cuisines available, along with the simple pleasure of riding the double-decker bus, especially as it plied through the many bridges that crossed the River Thames. I loved Covent Garden and Borough Market, and I hope to go back there someday. I was fond of the apartment on New Oxford street and the overall buzz that this area had.

If there’s an advice I could give you, it’s simply to cut the number of attractions to visit. Yes, this European capital has a lot of ‘must-sees’, but must-sees for whom? Evaluate what you’d like to see the most. Don’t squeeze everything in a couple of days, and you’d surely cherish your time there.

Someday, I would also like to have the opportunities to visit the V&A Museum, along with Hampton Court Palace and Greenwich area. For now, I have to be content with the sights I saw and the things I experienced, and those were some great memories I will treasure for a long, long time.

Until the next story, happy travels!