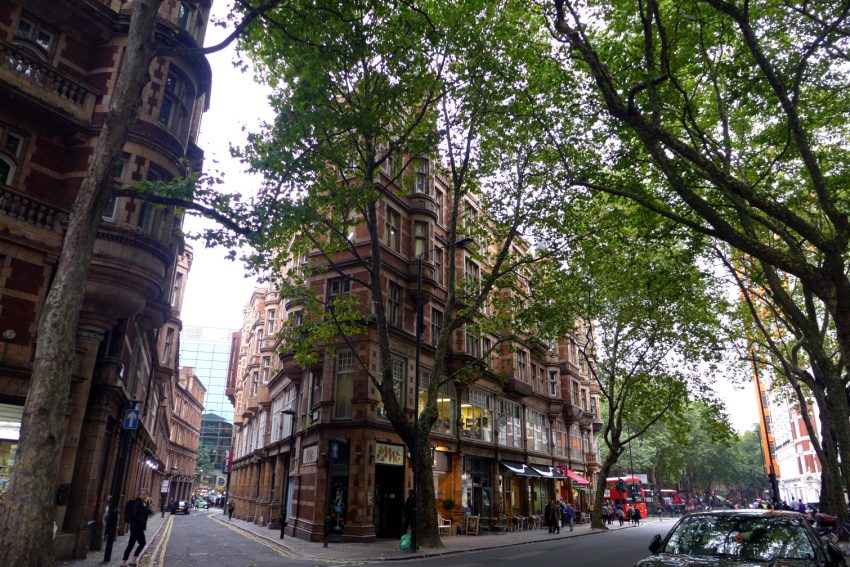 After exploring other portions of Great Britain, we were back in London in no time. On this occasion, we were fortunate to base ourselves at the edge of West End. Here was where I discovered London as a charming place. After all, we walked around under the shade of trees, gazing at the brick buildings lining the streets while capturing the sights and sounds created by the busy traffic. London’s red double-decker buses plied the roads, along with the city’s distinct black cabs. Pedestrians were up and about, no matter what time of day it was. This was my kind of city – vibrant, yet charming at the same time.

Technically, the museum was our only sightseeing destination for the day. Like many other museums in the city, it was massive. I doubt a day would be enough to cover everything in this cultural depository. As with many other tourists, we simply made the most of our short day here. Since we got into the building from the back, the first iconic thing we saw was the Hoa Hakananai’a, a statue from Easter Island resembling the famous Moai statues. From there, we made our way to the Rosetta stone, which was extremely surrounded by visitors. We explored the Egyptian sculptures next, then we headed upstairs where ancient Egyptian murals were displayed. This was the exhibit I was quite fascinated with. These murals were beautiful, and the room’s lighting was perfect to mimic an indoor atmosphere where one could imagine how there were originally put up. We then reached the mummies exhibit, which was both interesting and spooky. A detailed explanation of the mummification process was provided, allowing insight into this ancient ritual. However, the vast number of coffins and sarcophagi on display was soon too much for me, and so we headed to a different room.

We found ourselves in the room exhibiting the ancient civilizations in the Middle East. A cast of the stele where the Code of Hammurabi was inscribed was on display. This room about Mesopotamia and the ancient Middle East was my father’s favorite. We proceeded to see the Japanese samurai armor, which I could hardly examine as I was uncomfortable staring at human-like figures.

Finally, we headed to the Elgin marbles, where sculptures from the Parthenon’s pediment were displayed. Because they were exhibited only a few feet higher than a human being, it was an ease to appreciate them in great detail. You could only imagine how magnificent they must be in their original state. There is just something about Greek (and Roman) sculptures that kept amazing me, even though many of which were missing a hand or a head. Perhaps it was beauty of perfection — the proportionate bodies, the elegant poses or even the fluidity of the robes draped onto the bodies were all stunning.

Indeed, the British Museum has some of the best when it came to civilizations and historical artifacts. With our feet too tired, we walked back to the apartment and had our lunch, before heading to Covent Garden in the afternoon.

Before setting foot in London, all I knew about Covent Garden was how amazing shopping supposedly was there. Since I was not too much into shopping, I thought little of this part of London. I completely underestimated it.

As we walked along Shaftesbury Avenue, London’s charm dawned on me. It was as if the previous days in London, the many tourist attractions, didn’t quite compare to how enamored I was to the scene of trees, brick buildings and double-decker buses. Although I must admit that this part of town was still a bit touristy, it had an appeal that I couldn’t quite forget.

We had to walk towards Leicester Square to get discounted tickets for the next day’s musical. Throngs of tourists were present watching some street performances, and this part of West End wasn’t exactly as pretty as the previous part of our walk: the loud music, the crowds and global food chains all around. After buying tickets, we headed to Covent Garden. We bought some macarons from Laduree, after which we watched an ongoing street performance. Most shops were already closing at this time, but most restaurants were coming alive. We had some hot cocoa at a nearby cafe before heading home. On the way back, the scenery has changed. With lights lit up, West End looked busier while the Seven Dials had a romantic appeal. We passed by Neal’s Yard, but it didn’t have the cuteness it had in the daytime. Neal’s Yard Dairy was already closed, but we were fortunate that Bread Ahead was still open, whose caramel doughnuts were glorious.

It had been quite a fascinating day in London. Until next time, happy travels!