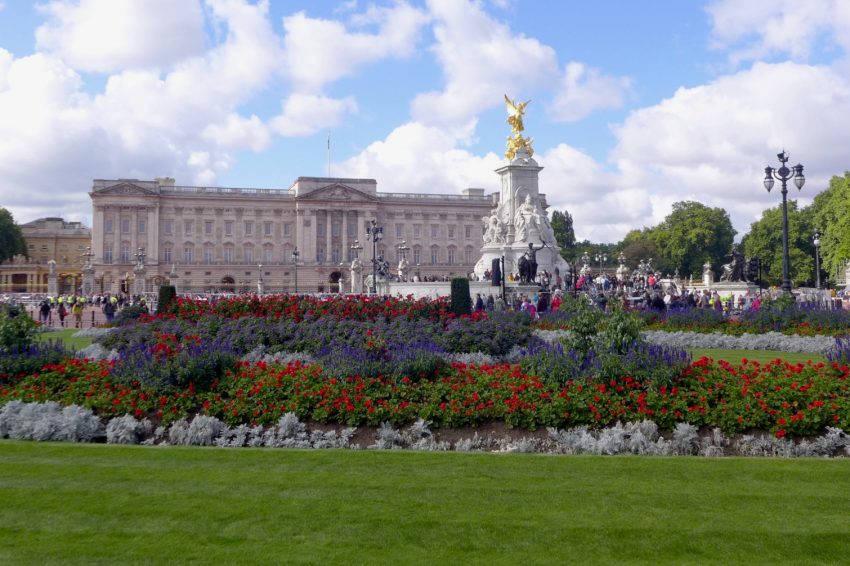 Leaving our bags at King’s Cross delayed our arrival at our only destination for the day: the Buckingham Palace. Despite many warnings of a disappointing event, we all headed to watch the changing of the guards, something my father wanted to experience while in London. We had to walk all the way from the Admiralty Arch, down The Mall, towards the Victoria Memorial where the gates of Buckingham could be seen. Since the road was closed to traffic, a lot of tourists (ourselves included) thought that it was pedestrian-friendly. A raging police car soon proved otherwise. Yes, it was decidedly speeding towards any pedestrian walking on the road — that one had to run away quickly lest you end up in an accident. It was effective measure to get people off the streets, although quite reckless, to be honest.

Changing of the Guards

Before we even reached our destination, a regiment of guards mounted on horses were already parading as they exited presumably towards the Household Cavalry. The crowd was thick even before we reached the Victoria Memorial. We were already behind a few rows of people beyond the fence across the street where the gate of the palace stood. Needless to say, it was difficult to really appreciate what was going on within the palace gates. As the outgoing guards left for the barracks, so did some of the people watching the spectacle. In due time, we were already by the fence, and suddenly, some of the guards just circled around somewhere before returning close to the memorial where they made a turn towards Wellington Barracks. It was fantastic to finally see (quite closely) the bearskin hats and red coats of the Royal Guards. As crowds further dispersed, another regiment of band played as they marched. When we felt a regiment was no longer coming, we retreated to St. James Park.

We couldn’t really deviate away from the palace as we had a scheduled visit after lunch. Our mistake was not bringing any picnic items to munch on, but luckily there was a hotdog stand in the park, so we had something to fill our stomachs before our afternoon agenda.

We arrived at the visitor gate a few minutes before our timed entry. A security check was in place. Of course, no cameras were allowed inside. As someone who enjoys reading stories about royalty, walking inside the palace for the first time was surreal. The furniture and fixtures, the sculptures and the paintings, the ceilings and the floor tiles all felt majestic. We then reached the courtyard where one could see the original mansion and the extensions connecting the building we know today as the Buckingham Palace.

The entry led to a room with many marble sculptures. We then headed up a staircase, which then opened to other rooms. What followed after was a blur — room after room of sheer opulence. In many of these rooms, gifts from various countries were displayed, which didn’t really speak of the historical importance of that room. However, I particularly appreciated the room exhibiting Lady Diana’s memories, as it was the 20th anniversary of her death during our visit. Of significance too were the Throne Hall, the Queen’s Drawing Room and the Ballroom. These were really the rooms that showcased the luxurious elegance that the royalty lives in. The exit led to the garden, as well as a view of the Buckingham Palace a lot of people are not familiar with, the old mansion. It was quite a walk in the garden before we could reach the exit to the road, which then led us to Wellington Arch. From there we made our way back to King’s Cross to a catch a train back to Cambridge.

Until next time. Happy travels!