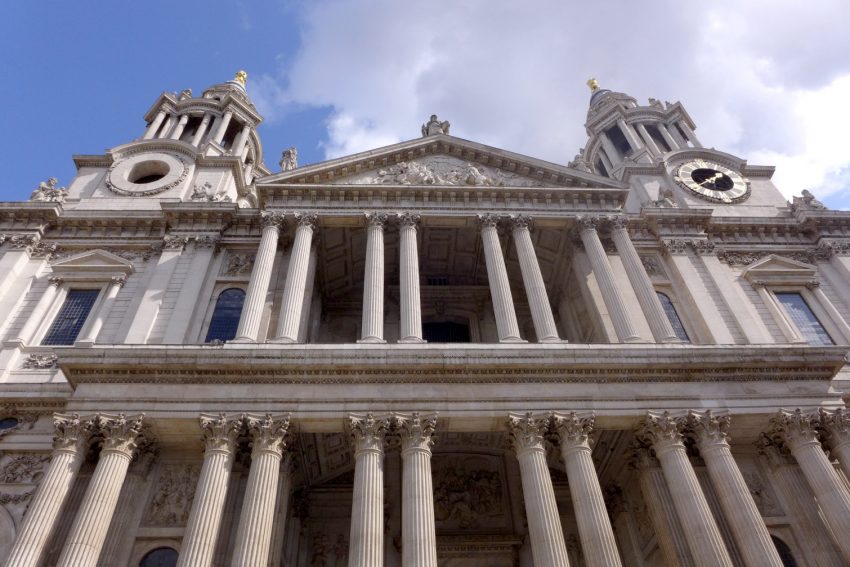 A mere hour’s train ride away from Cambridge, London could have been the perfect day trip, yet doing so would not give justice to this vibrant, historic city. We spent a total of eight days in the UK’s capital, divided into two rather short trips. While we have seen a lot, it was in no means enough to cover most sights in London, that is, if you fully want to immerse yourself in these places.

From King’s Cross, we took a bus to St. Paul’s Cathedral, the famed church where Prince Charles married Lady Diana. The steps leading to the church were already attracting visitors, though one was subjected to a security check upon entry. As the third church I visited in England, this was by far the most ornate. The pale stone walls and massive columns of the nave, along with the black and white floor tiles, were the simplest in design yet conveyed an old-world elegance.

My brother and I proceeded to climb a portion of the dome. The exterior of the dome was undergoing renovations then, so we had to content ourselves with just climbing to the interior dome floor. As I took my time to catch my breath, I also spent most of those minutes admiring the murals of saints in the Anglican faith. While these seemed small on the ground level, they were massive once you reached the dome level, making these truly master pieces of art.

We headed back down through a dizzying walkway, where we met our parents under the dome on the ground level. We further explored the quire, where the glittering mosaic tiles of the ceiling caught my eye. The wooden seats of the quire, along with the grand altar, spoke of the opulence of Baroque architecture.

Finally, we went a floor down to the crypt, where we tried to see the final resting places of some of the UK’s historic figures. In well-spaced areas, the crypt looked like any building interior, but in some crowded portions the crypt seemed as eerie as any other cemetery. We found Lord Nelson’s tomb, as well as that of the Duke of Wellington. We failed to see the crypt of Christopher Wren, the architect whom most of the beauty of this Cathedral is due.

[Note: Photography inside was restricted at the time of my visit, so only the exterior is shown. The Cathedral has relaxed its rules in recent times. Photography on the cathedral floor is now permitted.]

After grabbing a quick bite, we headed to the Millennium Bridge, a pedestrian walkway leading to Tate Modern from St. Paul’s. This modern bridge was a delight to walk on, offering beautiful views over the River Thames.

Our second and final stop for the day was Tate Modern, a museum of modern art. Though I was interested to see some of the pieces of art displayed here, I was inclined to go largely because of the free observatory located on the topmost level of the Blavatnik Building. It offered our first bird’s eye view of London, allowing us to see famous skyscrapers such as the Shard, the Walkie-talkie and the Cheesegrater. It also offered us a unique view of River Thames, along with St. Paul’s Cathedral and the Millennium Bridge, which we were on just a few minutes ago.

While my father rested his feet as a threat of a gout episode was looming, my mother and I explored the museum. There were notable things I wanted to see in this modern art space. A replica of Marcel Duchamp’s urinal was high on my list, as it was the subject of one of my art studies classes in college. Picasso’s Weeping Woman and Matisse’s The Snail (which surprised me with its size) were also part of my visit. I missed the Pollock painting, as it was not on display at the time of my visit. There were also a lot of De Stijl artworks and several modern installations. I thoroughly enjoyed the large Embryology exhibit, which my mother did not appreciate at all. I just wished I had more time and a lot more energy and leg power to explore this museum in greater detail. Maybe next time.

Reunited with our male family members, we called it a day. This was Day 1, tiring but thoroughly enjoyable.