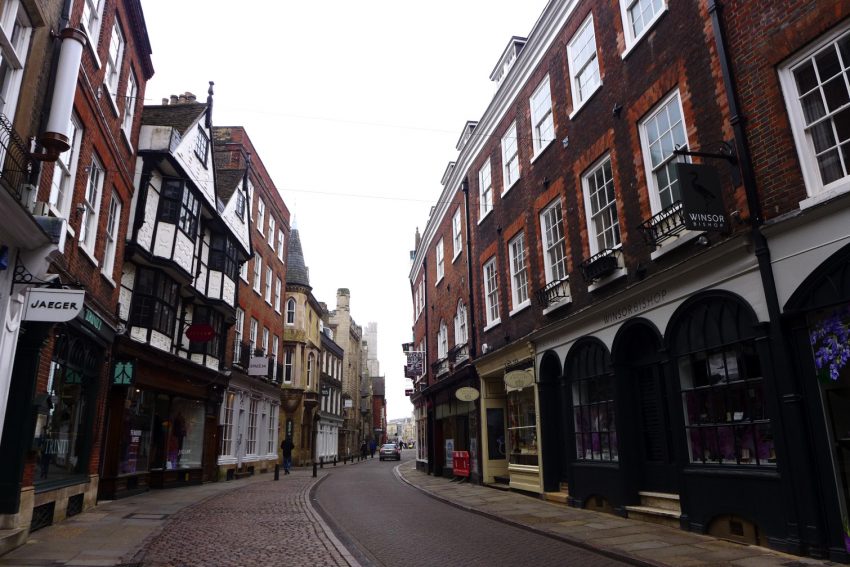 Six hours from the time we first set foot in the UK, we reached Cambridge. It was almost a 3-hour bus ride from Heathrow, and it was already the middle of the night when we finally got into my brother’s space. This would be our base in our month-long stay in the UK and where we would get to experience some of routinely British affairs. Having quite a lengthy visit, we were in no hurry to explore and took our time getting to know this quaint city.

Our first touristic activity was to visit King’s College. Cambridge is home to one of UK’s top educational institutions, the University of Cambridge, and King’s College is one of the most prestigious colleges of the University. While you could almost see nothing from the outside, entering its gates welcomes you to a massive courtyard. The surrounding buildings reflect the history that witnessed many generations of scholars who earned their degrees here. At the back is another massive lawn, where a portion of the River Cam could be seen.

Its major draw, however, is its chapel. The King’s College Chapel has a beautiful fan vaulted ceiling, so high that I felt like a dwarf. The massive stained glass windows and the intricate carvings in the quire’s benches left me awestruck, while my brother was dumb-founded that I found the chapel so beautiful. After all, he’s been to many beautiful churches in Europe, while it was my first foray into European church architecture. We took our time to explore the chapel, and where I learned the basics of a Church’s interiors: the nave, the quire and the altar, which would prove to be useful in other church visits.

In the heart of city center, several stalls had been set up in the market. Fresh produce and artisan food were offered for sale. On weekdays, shopping here was a fairly quiet affair. On weekends, this area was abuzz with locals and families procuring the essentials for the week, not only from the tented area but also from the nearby shops and commercial center. At times, musicians play their instruments on the street, providing another dimension to this busy space.

Mathematical Bridge and The Backs

The Backs is a pathway along River Cam, which overlooks many of the colleges. We started the walk from where we can view the mathematical bridge, and followed the way while watching people took a leisurely punt ride or even tried to steer the punt themselves. We took a turn where we could cross the river onto Trinity College. Unfortunately, we were not able to visit Trinity College, another known Cambridge college, but we got to see Newton’s Apple Tree.

On some occasions, we simply took a stroll around town. Admittedly, it wasn’t the way locals rolled — they biked — yet it exposed us to many beautiful locations in the city. Cambridge is home to many old buildings, and the way they were bundled together makes for a really picturesque scene. Adding the locals biking around town creates a more quaint feeling. Sure, not everything is old and charming, but there’s a big portion of that in the city center.

It’s a Cambridge institution that neither my brother nor his Filipino friends have heard about. It’s a bakeshop known for its Chelsea buns. The cafe was busy with patrons but we had our order to go. Trays and trays of Chelsea buns were carted to the shop, and I couldn’t wait to try these treats. They were delicious, but what surprised me was how tender these sweet buns were. A must-try in Cambridge if you ask me.

More about Cambridge and the UK next time. Happy travels!