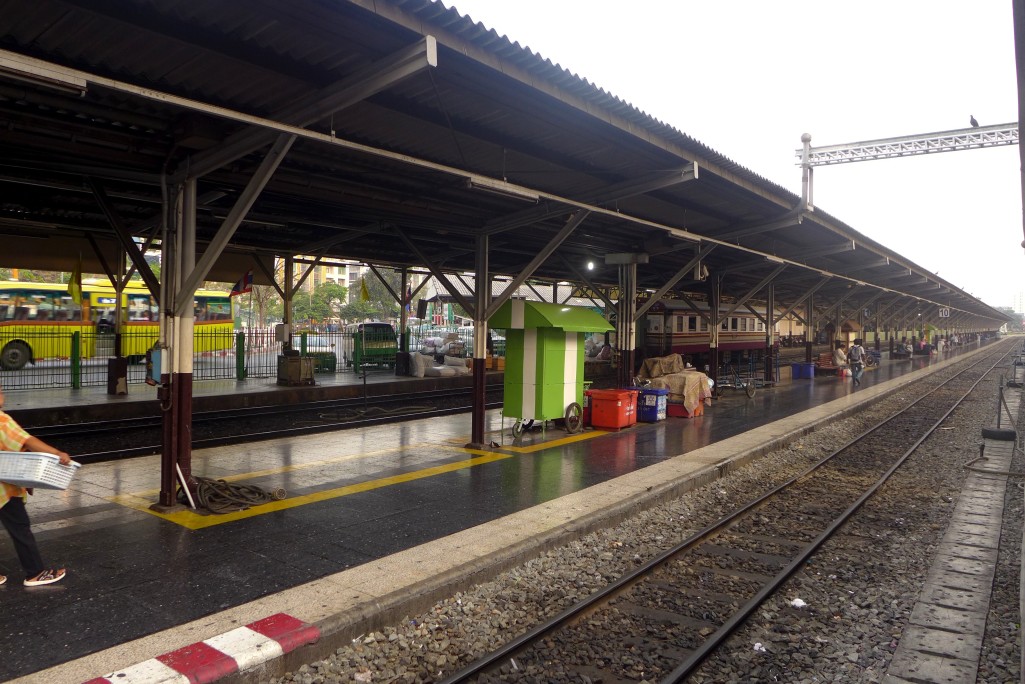 A good night’s slumber was all we needed to wake up on time for our early morning train travel. The train leaves at 6 in the morning, and that’s the only train headed to Bang Pa-In. It was make or break, since I have no idea how to get there by another means of transportation.

Thankfully, we arrived at the Hualamphong Railway Station a few minutes before 6am, and was able to buy our tickets. We rushed to the platform (the ticket would be of no use once the train left), and took our seats by the window. Shortly, the train departed.

Slowly, we trod through the city then to the outskirts. Soon, a number of locals boarded the train, and embarrassingly, we were driven out of our seats. The seats were reserved (we didn’t know), but the Thai train conductor was kind enough to explain what was going on, and just had us transferred to the row in front. 🙂 Two hours after, we were in the quiet town of Bang Pa-In.

It was in fact a very sleepy town. It was like we were dropped in the middle of nowhere. A driver approached us saying he’ll bring us to Bang Pa-In Palace for *seventy* baht per head, and we went ahead to ride the vehicle. We had to wait for other passengers to fill the entire tuk-tuk (this was a bigger one compared to those in Bangkok). Good thing that there was one local who spoke English and asked us the fare. She was horrified when we told her that it was seventy baht, saying that she heard the driver say twenty. When other passengers boarded the vehicle, it was confirmed that it was only twenty baht per head.

Anyway, we headed to the entrance of the palace, and paid an entrance fee of 100 baht per person. We were all given a brochure slash map, and were off to explore the palace grounds!

2 thoughts on “Train Travel: From Bangkok to Bang Pa-In”