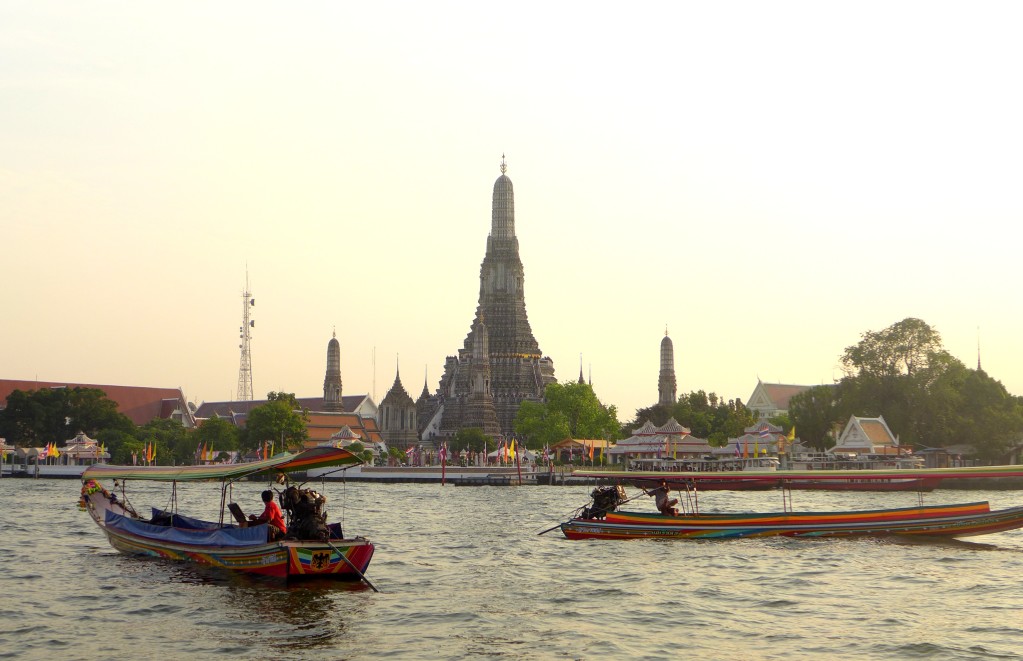 Being the Thailand’s capital, Bangkok gets more than its fair share of magnificent temples.  I’ve gone to a lot of temples over the years, and I believe that this city houses some of the most stunning temples and Buddha statues ever built. I honestly think that no Bangkok experience would ever be complete without visiting one, no matter how touristy they could become.

My friends and I went to three of the most popular temples in Bangkok, namely the Wat Po, Wat Arun, and Wat Phra Kaew.

It was our first day in Bangkok when we visited this temple. It houses the Golden Reclining Buddha. I’m not even sure how the statue got inside the temple, or whether the temple was built after the statue was created. Either way, the Buddha statue was stunning.

As I walked down the hall to see the Buddha from head to toe, I heard somebody say, “take my photo, we get this chance just once in a lifetime!” At the back of my mind, I cannot help but smile. I was here, four years ago, and now I was standing here again. I cannot describe the feeling. It dawned on me that it really isn’t impossible to make things happen — we just have to want it badly enough to make it happen.

Near the foot of the statue were alms bowls, where visitors are given the opportunity to take part in the ceremony. Have your money change into coins, drop one per bowl, then drop all the remaining coins into the last bowl and make a wish! 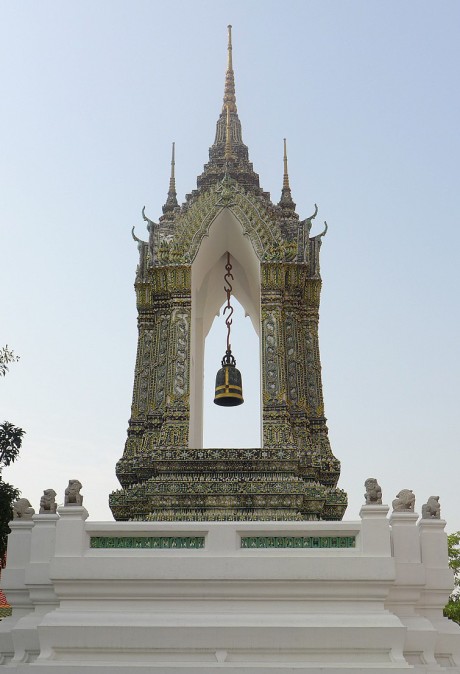 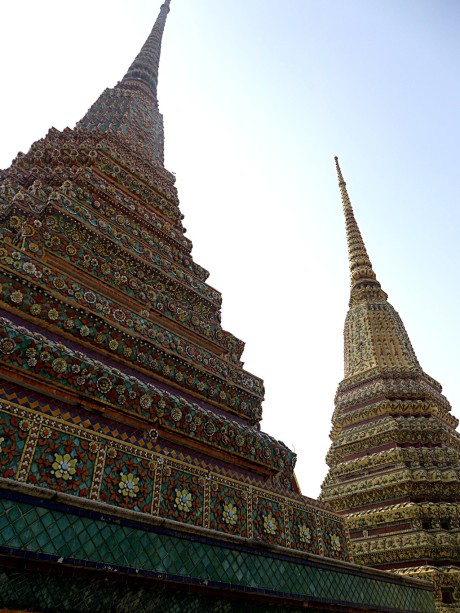 Next, we proceeded the Thai massage school since we wanted to soothe our tired bodies. But oh boy, the wait time was an hour! There was no way we would wait that long. The ladies gave us a brochure and pointed us to another massage place, somewhat like a sister company of this school, yet we just saved it for another time, since it’s almost sundown and we wanted to go to Wat Arun.

From Wat Po, walk to the cross-river ferry terminal (about 5 minutes), then pay for your fare. I think it was only about 3 baht per person.

The ride was very short, since you could actually see the temple without even crossing the Chao Phraya River. Anyway, the timing was perfect since the sun was already beginning to set!

It’s one of those temples that I liked from afar, to be honest, since it has this nice architecture that becomes framed as the sun is going down. Yet, there was no way I was going to miss climbing it.

After three flights of stairs, we were on the highest point allowed for tourists. The view wasn’t exactly impressive, yet you could see the magnificent Grand Palace from here. Plus, you get to see the boats race up or down the Chao Phraya River.

Going down the  was a different story. My knees were shaking. The steps were really steep! They were only three flights of stairs, but I don’t know how many floors they were equivalent of.