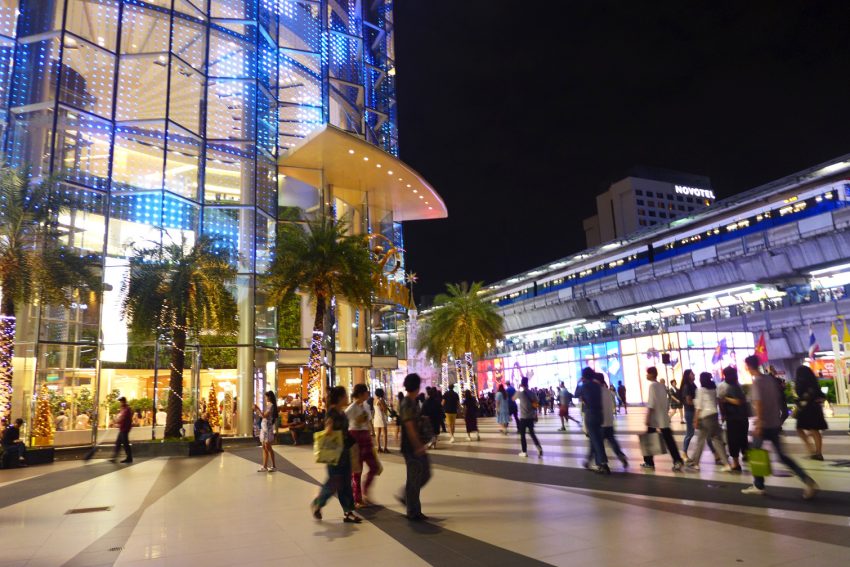 I guess the ease of traveling to a certain destination over and over is the sense of familiarity it breeds. Though I cannot say that everything came easy, it certainly had become less complicated compared to my first two trips to the city. No longer did I struggle with getting disoriented as soon as I exited the baggage claim area of the airport, and I found myself a little more acquainted with my whereabouts in the city.

As a result, I felt that it was time to challenge myself with the unfamiliar, taking the Airport Link this time around instead of a taxi. The latter was a much easier option, but riding the train from the airport gave me another insight in Thailand’s progress as a nation and another peek at Bangkok’s mundane city life. The cheap ticket from the airport was an added bonus.

We got off at Phayathai, where I initially planned to take a taxi to our hotel. As usual, I was too disoriented and we simply took the BTS, the commuter train that runs through the city since our hotel was located beside one of the stations. It was on one of these trains when the idea of staying in Siam first struck me a few years ago. I found the location so alluring; it would be a great base to explore the city. So when the opportunity arose to return to Bangkok, I was keen on staying around this area. Most hotels close to the premier malls were a bit out of our budget, but we scored a gem when we widened our options. Instead of finding one near Siam station, we found the best fit for us was near National Stadium station.

Kritthai Residence was our hotel of choice, as its location provided us with some great advantages. The BTS station was mere steps away from the hotel. The main thoroughfare in front of the hotel provided us with many taxis or even a great pickup point for app-hailed rides. Some of the city’s best malls were within walking distance. Jim Thompson’s House was by the corner. The view from the rooftop was also pretty cool. All these came without breaking the bank, so it was no surprise that we even stayed there again on our subsequent trip.

While the BTS was just in front of the hotel, sometimes it was necessary to take the taxi. One thing I learned from my previous trip was that taxis had the tendency to charge foreigners a fixed price instead of using the meter, so ride-hailing apps were a blessing this time around. While using the hotel wi-fi sufficed while we were going out, it was a different story when we were out and about. In preparation, I had to buy a SIM card at the airport, and it was not necessarily as cheap as those available in my home country, but it was an invaluable resource to make things a bit less tricky.

Finally, let me share a tip I learned before arriving in Bangkok. If you are to change your money at the airport, the rates at the airport differ depending on their location. The kiosks just after the passenger exit had an inferior rate compared to the ones just by the entrance of the Airport Link. So if you are taking the Airport Link anyway (or even if you are not), depending on the money you’ll need to change, it might be beneficial to have them changed there. Of course, there are currency exchange kiosks at some stations downtown, both Phayathai and Siam had one, but I always feel more comfortable getting into the city with some local currency on hand.