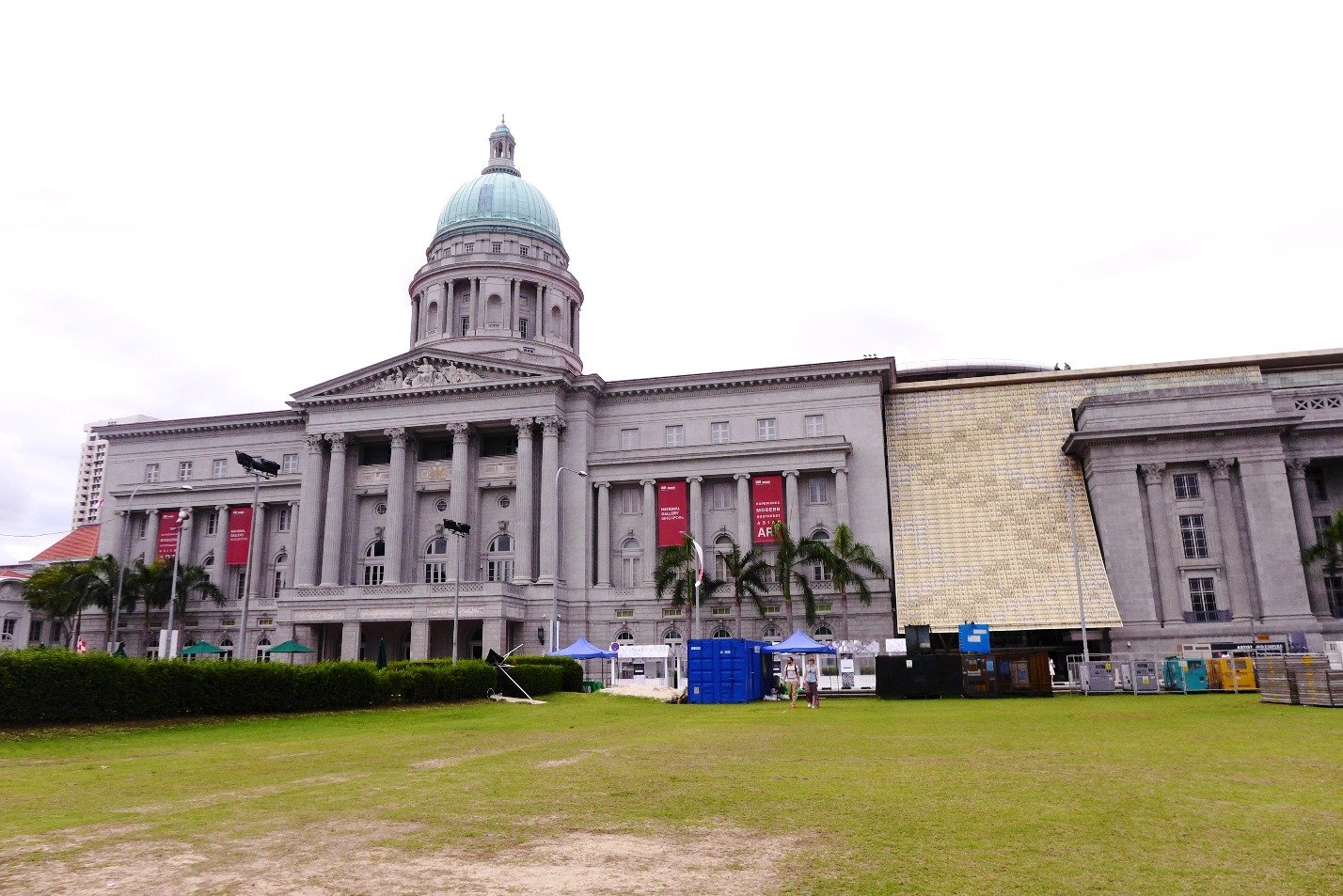 On many occasions that I stare at Singapore’s modern skyline, I find it difficult to imagine its colonial past. The progress and success of Singapore’s economy made it a little dissociated from the characteristics of former colonies: struggling nations seemingly incapable of combating poverty.

Yet, only a heartbeat away from the towering skyscrapers lies the heart of colonial Singapore: the civic district. Most of the former government buildings in the area have now been converted into cultural hotspots. A lot of spaces have been kept open, a rarity in my opinion, in the bustling downtown core of the country. My friend Jo and I were able to explore the area in a couple of days, in addition to another night at the museum.

From the Merlion Park, we used the underpass to gain access to the Fullerton Hotel. Its former use as the General Post Office had been engulfed by a hospitality brand synonymous to luxury. Inside, the hotel reeked of opulence but remained warm and welcoming to anyone who wished to have a look around. The story of its heritage is even displayed on some of its walls.

The Asian Civilizations Museum proudly stood just across the Singapore River. Entry is half-priced on Friday nights, which we gladly took advantage of. Intricate gold-laden objects, celadon jars and wood carvings were exhibited. So were furniture pieces filled with mother of pearl inlays, marble sculptures and ornate tapestries.

The items on display were magnificent on their own, yet it was the most sanitized arrangement I have ever seen of Asian gems. Most museums I visited around Asia were housed in former palaces or residences, providing some context to the historical artifacts presented. I guess that general lack of context made me feel a little disinterested with some of the galleries. The two big floating giant rice grains were amazing, though.

Continuing on our civic district walking tour, we popped into the nearby Queen Victoria Theatre, and exited towards the Arts House. We made a little detour to see the Cricket Club up close, only to find ourselves treading on the muddy open field as we made our way to the National Gallery.

Formerly home to the country’s Supreme Court and its City Hall, the National Gallery is now the venue for Singapore’s visual arts. Yet, we weren’t there for the framed art pieces. I was more interested in getting up its roof deck and seeing Singapore on a different vantage point (a trait I have embraced from San Francisco’s hills and towers). The view, honestly, didn’t disappoint. Historic buildings, modern skyscrapers, the Singapore Flyer, the Esplanade, the Marina Bay Sands and the Marina Bay could all be seen in one sweep. However, our timing was less than perfect. A festival was to be held at the Padang in a few days, and tents were being set up all over the lawn — such eyesores to an otherwise picture-perfect view!

We followed this with a visit to an Anglican church, St. Andrew’s Cathedral. Gothic influence is evident in its spires and pointed arch windows. It was the first Anglican church I have ever entered, so I was piqued with interest. Honestly, had I not known that it was Anglican, I would have though easily mistaken it for a Catholic church, albeit did not have a crucifix. Peaceful and quiet, it is such a sanctuary in the middle of the city.

Note: If you’re visiting the Asian Civilizations Museum at night or late in the day, walk by the Singapore River to see the Boat Quay at night. It’s another pretty picture of traditional versus modern Singapore.

More on the Civic District next time. Happy travels! =)