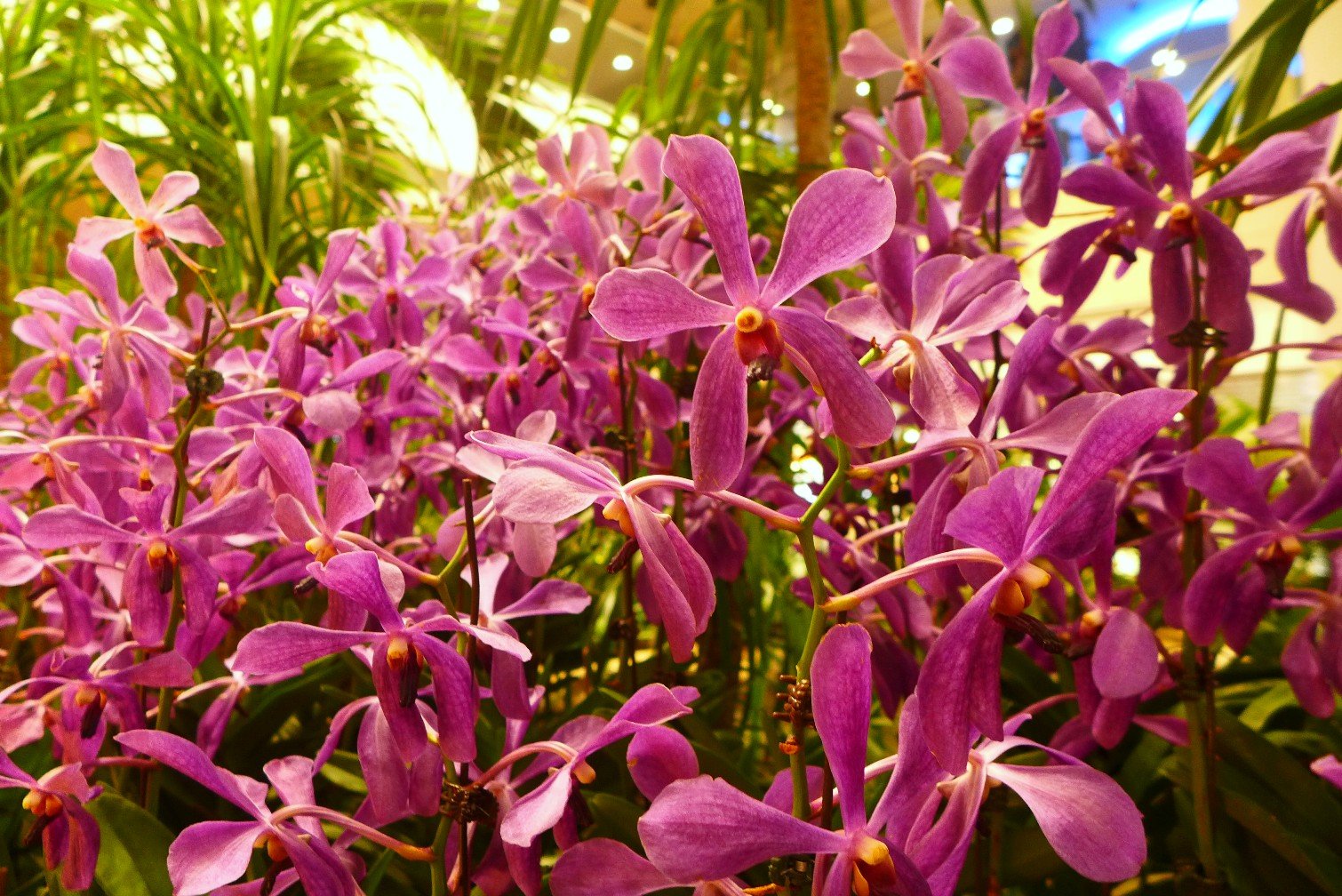 Around two weeks ago, I found myself in an impromptu trip to Malaysia. The travel was so sudden that it caught me off-guard with soaring airline ticket prices, and worse, the then upcoming Chinese New Year made airfares skyrocket. Nonetheless, I managed to book relatively cheap flights to Penang through Tiger Air, and a Singapore layover was in order.

The tiring part was that I have to spend overnight at the airport. Technically, I could get out, get a room, then come back. But given that my layover wasn’t too long (a little over six hours), I figured that it would just be a waste of time and money.

It was already past two in the morning when we arrived at Changi Airport. Most stores had already closed for the night. Only a few passengers hurried to the immigration kiosks. Most, like us, were in transit, but we headed first to get some food before finding a place to rest. We went to Straits Food Village and ordered some local dishes — a bowl of soup, Hainanese chicken rice, Char Siu pork, and some tea and coffee. Too early for breakfast, the place was almost empty, except for a few who were munching on Subway sandwiches. Some staff were sitting around, obviously resting before the rush of customers arrived. 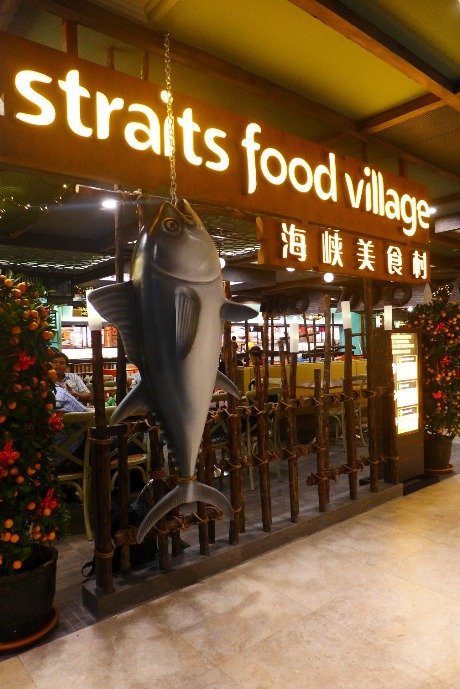 After eating our post-midnight meal, we headed to the Orchid Garden. As the name implies, it’s a garden where blooming orchids could be found, but it’s landscaped to perfection that one would wonder what it’s doing in an airport. Koi fish played in a stream that runs in the middle of the garden. An Indian woman was meditating on one of the benches, enjoying the tranquil sounds made by the flowing water.

We were in the midst of exploring Orchid Garden when armed guards suddenly emerged, waking people up from their slumber in the nearby benches. So, it’s true. I’ve read several accounts of travelers being awakened in early morning by security personnel, asking for a boarding pass. [Note to reader: it’s acceptable to sleep/stay at the airport (but be decent — sleep in a chair, not on the floor!), but ONLY if you are a transit passenger. You cannot stay at the airport if your final destination is Singapore, and you’re simply scrimping on a hotel room.] We waited for our turn to be inspected, but we seemed invisible to them. I wondered why, though I honestly didn’t want to be awakened and surrounded by uniformed men with long firearms — something that happened to one of the guys sleeping on the floor.

After inspection, people began dozing off again, while we finally tried to get some shuteye. Unfortunately, I was feeling a little restless so I began to see a few stores that were open 24 hours. I went to Relay and Guardian, but came back empty-handed. (How can I lug books and toiletries when my trip was just starting?) When I went back to our spot, my mom was wide awake and wanted to walk around too.

The two of us headed to the Sunflower Garden but were less than impressed with sunflowers in the dark. We took a peek at the Cinema, situated beside the garden and free for all passengers, but sadly most seats were occupied. Some were just sleeping on them!

It was around six when the airport slowly crawled back to life. Dashes of people now strolled, presumably after check-in counters had opened and flights had arrived. Metal doors were suddenly opened by shopkeepers. More and more people occupied the once empty corridor.

On the way to our gate, we passed by the Enchanted Garden. Flowers of different varieties and colors were housed in two huge glass mosaic sculptures. Though I loved the flowers in Orchid Garden, there was something magical in the these glass vessels. It was as if a giant man was so in love with a giant woman, that only these bouquets could be fit to represent his love. How romantic. 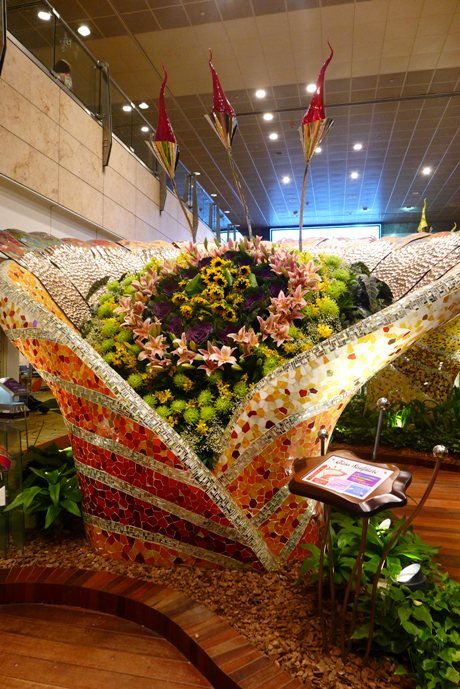 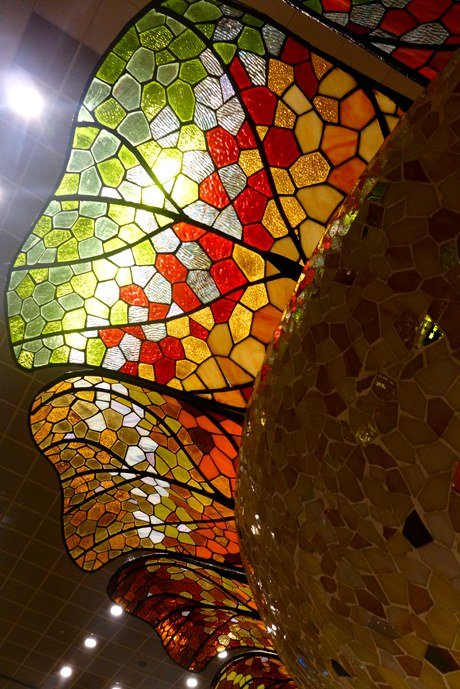 Still too early to be at the gate, we decided to walk toward Terminal 1. Luxury stores lined the pathway — Gucci, Bally and Hermes to name a few. If you intend to do a lot of shopping, Terminal 1 will be your best friend.

We proceeded to our fourth garden of the day, the Cactus Garden. Except for the smoking patrons here, I would have preferred lounging here for a long time. The cactus plants seemed to transport me in a very strange place, only to be disrupted by the taxing airplanes in view. Elongated cacti, round ones, flowery cacti were landscaped in a way that you’d forget that these plants only survive in the driest places on earth. 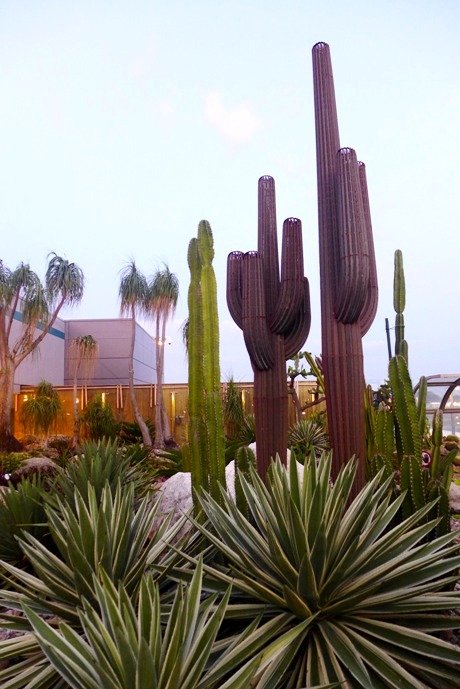 We walked our way back to our gate, just in time for boarding. Six hours flew by in a heartbeat (or was I just too excited to sleep?) Singapore Changi Airport is indeed the best airport in the world. I like it a lot better than Incheon Airport, which was the world’s number 2 in 2015.

P.S. Of course, there are transit lounges and hotels at the airport (airside). Here’s a link if you would like a few hours of comfortable sleep: http://www.harilelahospitality.com/