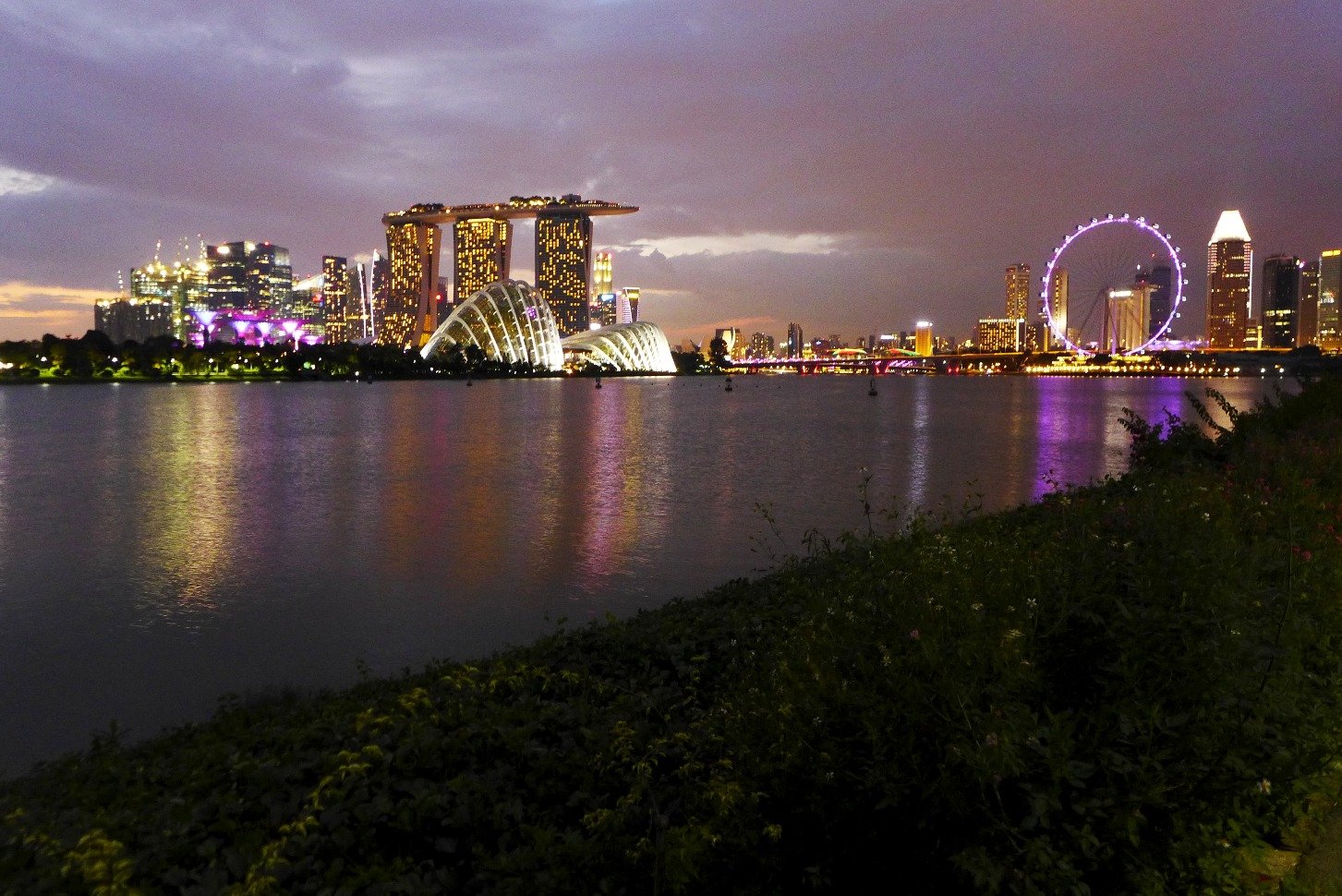 It’s been more than a month since I got back from a week-long trip to Singapore. My sunburn has faded; the extreme pain in my left heel had been gone. But, my memories of Singapore remain.

To be honest, I didn’t have the slightest intention to go abroad. One, money was tight (hello, joblessness). Two, money was tight (yes, I have some money left, but I was allocating it to other matters). And three, Singapore wasn’t exactly the destination I was hoping for.

But somewhere along the way, I was persuaded to go. In my heart, I wanted to get out of my usual routine — a vacation from vacation, as they say. My friend Jo offered her place to stay, so my accommodation was free. I just needed a ticket and a few hundred dollars and I could be on my way.

I was a little bit anxious as I set foot at the airport, not because it was my first trip, but it was my first solo trip. Being jobless and a woman weren’t exactly the best qualities when proving to the immigration officers that you would not look for an employment there, be it legal or otherwise. Yet, my encounter with immigration went by like a breeze. The same thing happened as I sought entry in Singapore. I guess that’s where all my previous stamps proved to be helpful.

It’s been four long years since I last visited the island state. Four years in Singapore’s timeline seemed like an eternity — much would have changed; their progress more evident as ever. Yet, I went not too see the futuristic side of Singapore, but more of its heritage. I needed to see more of its character as a nation.

Hence, I tried to shy away from most tourist traps. No Universal Studios, no Sentosa Island, no Night Safari. Not only had I done those previously, but I didn’t have the money for them too. I wasn’t as pampered as before, which meant no taxis from the airport and had to use the rail as a very cheap alternative.

My trip, though on a very tight budget, wasn’t too shabby. In fact, I never thought I would enjoy it as much. I initially anticipated that a week was too much for this small island-state, but I later on found out that it had more to offer than I was inclined to believe. Here were some of my best experiences:

I got lost in the heritage districts of Chinatown, Little India and Kampong Glam. It was so great to explore these cultural centers on my own, indulging in their scents, sights and sounds. I took refuge when the weather becomes too unbearable, sipping a cup of hot tea or coffee. Those were some of the greatest days.

I have known for quite some time that Singapore has one of the best preserved colonial buildings in Asia. The only thing I didn’t quite know was the abundance of these, all within walking distance of each other (although my friend Jo would have disagreed).

I guess nothing beats a city where you could navigate your way through buses and trains, and all is within walking distance of such. In addition, the safe environment meant we could stay out late at night, not having to worry about crimes that may befall upon us.

In the simplest terms, they are very chic. It’s very easy to stand out when you’re not wearing neutrals. Unlike New Yorkers, they do not dress in all black. Like the French, they love contrasting textures, a few pieces of accessories, and great shoes. It’s like you’re in a fashion show when you walk along the streets or when you ride the train!

Like Malaysia, they enjoy a melting pot of Malay, Chinese and Indian cultures. You could only wish that more places could be as tolerant of other religions as is the norm in Singapore. I met an Indian Hindu working for a Buddhist temple and a Chinese working for the Indian Heritage Center. How great!

Ah…the food. It took me three visits before I could finally say I enjoyed the food. I scoured the city streets to find the best of the best. At times, I was underwhelmed. In others, I was blown away. The food journey is not yet over. One week could barely be enough to sample everything the nation offers.

More on this adventure next time…happy travels!

P.S. A big thanks to my friend Jo for the free accommodation (and some free food too!)