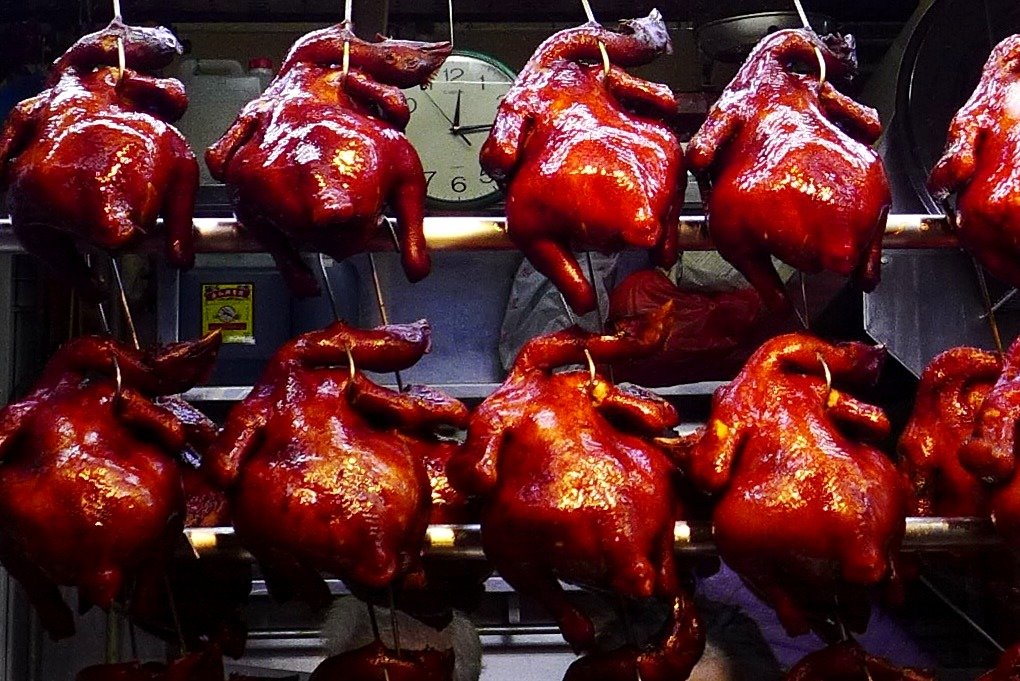 I could vividly recall the time I got closest to visiting a Michelin-starred restaurant. I was planning our trip to Hong Kong and had just learned that the cheapest Michelin restaurant in the world was located there: Tim Ho Wan. Pressed for time, I decided to skip it, with a note to myself to come back later in my life when I had the time. In my world, I assumed it would always be Tim Ho Wan where I would first catch a sample of the world’s greatest bites.

But I have yet to go back to Hong Kong. (And no, the commercially-geared branches don’t count.)

So it came as a surprise to me that one was present in Singapore, and the current cheapest one at that. I had just finished visiting the Buddha Tooth Relic Temple in Chinatown, and since it was still quite early and a lot of stalls were closed, I decided to pop inside the Visitor Center for more information. I asked a ton of questions to Stephen, a volunteer, who was very gracious with his knowledge of the neighborhood. He recommended that I grab lunch from Liao Fan Hong Kong Soya Sauce Chicken Rice and Noodles, only having to dish out 2 SGD and maybe a quarter of an hour.

And so I went to the Food Complex, where people had already begun too queue. It was a little past 10:30, and though I was already hungry from having skipped breakfast that morning, I decided to wait out a little since the line wasn’t exactly long and it was moving.

About twenty minutes later, a group of old ladies suddenly shut down the queue movement. I couldn’t understand why they could possibly take such a long time to order. I was getting hangry.

A few minutes later, a couple of guys were buying maybe 50 orders of roasted meat meals. Well, you guessed it right, that meant it took forever. I then realized that I had already been waiting for an hour, and I wanted to approach one of the customers now sampling his hard-earned dish. But then reason got the better of me. Of course, I wouldn’t trust a stranger and his palate.

I wanted to buy even just a drink at the nearby stall, but I was alone. I wanted to believe in the kindness of strangers, but at an instance where I had already invested an hour of my time into queuing, I couldn’t risk not being able to get back in line should that stranger turn out to be an ass.

Having nothing to else to do, I had fun watching the surprised look on people’s faces when they see a sudden turn in the line, when they first believed the line was quite short. The lunch rush had already started; it was already 12 noon. I was contemplating on leaving, but I had already waited for an hour and a half, why leave now?

If you knew me personally, I am not a very patient person. But I was here, waiting, waiting and waiting. I was getting close and I was finalizing my order…ermmm, orders. Oh, to those thinking of skipping the line (how dare you!), don’t embarrass yourself. The person next in line is watching you like a hawk.

Two hours in, I was finally carrying two plates of Michelin goodness. Don’t judge, I was incredibly famished. I had roasted pork with rice, and their famous soya chicken noodles. The former was not up to par to my expectations, being a little too porky and a little dry. But that soya chicken noodles got me. The chicken wasn’t exactly the most flavorful chicken I’ve tried, but the sauce was indeed flavorful. And the noodles were drenching in that sauce, so it was really good. In less than ten minutes, my Michelin dining was over.

I looked around me and enjoyed the ambiance — not exactly what one would expect in a Michelin restaurant, but it was authentic. It was full of local life — conversations and discussions in Chinese that I could only guess what those were about.

Would I do it again? Perhaps not. But at that instance, I walked away content, and that may be what Michelin experience is all about.