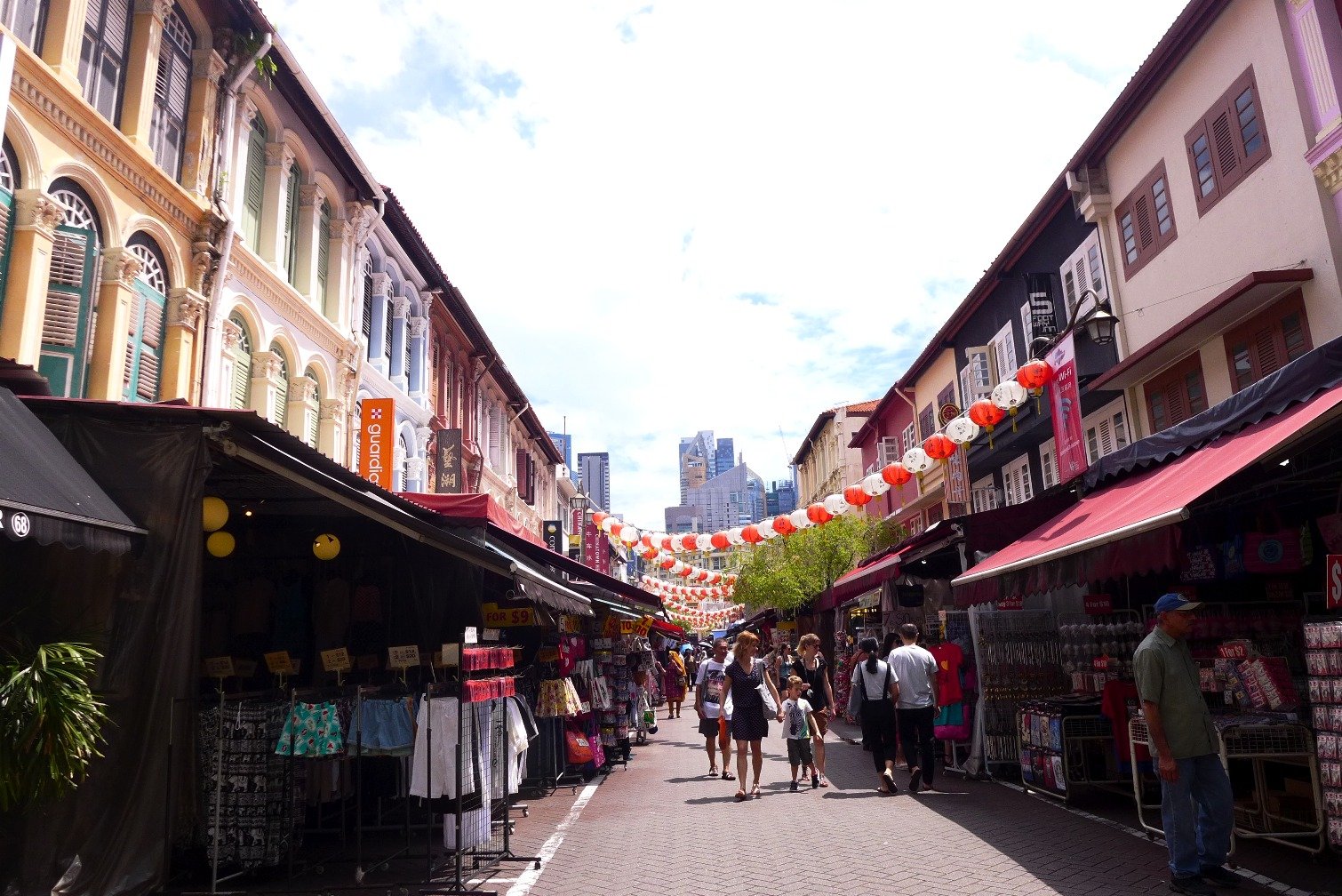 Following my Michelin-starred gastronomic adventure, I sought out to see more of Singapore’s Chinatown. I roamed around the nearby streets, mostly rows of shophouses. It was the most populous neighborhood in Singapore, not only because it comprises the majority of the country’s ethnicity, but also because the tourists had been drawn in. In fact, I was a little put off by how a few shophouses of these bustling streets have been transformed into tacky souvenir shops.

The authentic vibe I previously felt early in the morning was long gone, only to be replaced by touristy activities. Earlier that day, I could pop in a tea shop and chat with the shop owner. The staff in the medical hall was still busy arranging their goods. Old men were active playing checkers, while onlookers stood around them.

I contemplated on going inside the Chinatown Heritage Centre but ruled against it. I popped into Koi Kei Bakery hoping to get some Portuguese egg tarts famous in Macau, but I couldn’t find any. To make the long story short, I quickly moved away from Pagoda Street.

My feet led me to the famous Ann Siang Hill Park, the former location of a clove and nutmeg plantation. Along the way, I saw several restored rowhouses. The crowd definitely had thinned out and I finally enjoyed my walk amidst the sweltering heat. Not having much to do in the area, I made my way down and walked toward Thian Hock Keng Temple. The restaurants in the district were bursting with office workers getting their Friday lunch fill. Add to this the rush of people getting out of Al Abrar Mosque, who just finished their Friday worship.

Soon, I laid my eyes on Thian Hock Keng Temple, an old traditional Chinese temple. Its massive doors were laden with murals and bricks comprised its curved upturned roofs. Incense filled the inner courtyard, and the ceilings brimmed with gold inlays. It was peaceful, in spite of its proximity to towering skyscrapers. I bid my Chinatown adventure goodbye with a short glimpse of Nagore Dargah, an Indian-style shrine dedicated to the man spreading Islam.

Just when I thought my Chinatown visit was over, my friend Jo and I decided to visit again the next day. We first had lunch in the famous Maxwell Food Centre. We sampled some of Tian Tian’s Hainanese Chicken, and some radish cake and char kway teow on stall 01-53.

Right after lunch, we headed to the URA City Gallery. Dedicated to Singapore’s urban planning, this gallery displays Singapore in the past, as well as how it transformed itself into how it is now. Also found here is how Singapore plans to develop in the future. A giant architectural model of Singapore’s skyline stands on the ground floor, with plenty of skyscrapers looming to be built in the future.

It’s easy to get absorbed in its exhibits, especially to someone coming from a developing country. How were they able to achieve such progress in so little time? It forces you to reflect on why your country couldn’t be the same – of how urban planning plays a big role, yet political will might just be bigger. I think everyone, most especially government officials from developing nations, should never skip this.

We concluded our visit with a cup of coffee from Nanyang Old Coffee and a handful of Chinese pastries from Tong Heng Pastries.