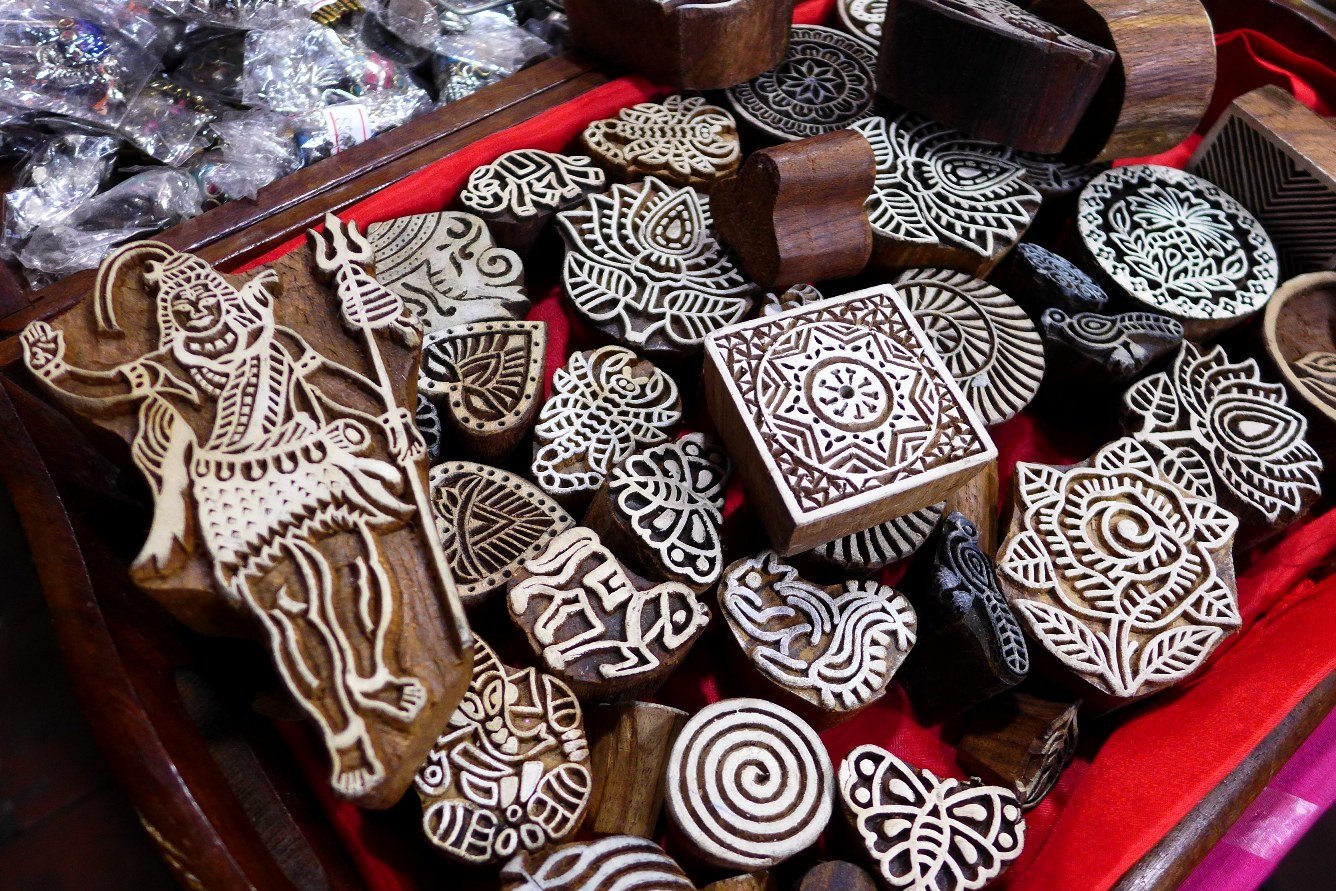 The streets were wet. Locals were clutching on to their umbrellas. It was my first neighborhood exploration day, yet the weather wasn’t exactly cooperating. I checked the weather forecast; it should turn better by midday.

From where I was staying, it was a mere 5-minute walk to Little India. In fact, a few meters away from the hotel stood a store selling sari, the beautiful Indian national clothing for women. Next to it was a jewelry store with beautiful gold dangling earrings. But as I was on my way, the rain started to pour.

Nonetheless, I didn’t want to turn back. I came back to Singapore to explore its neighborhoods. If I plotted the things I wanted to do during my stay, today would be the best time to see Little India. There was no way I was going there on a Sunday, as they say the crowds would be incredibly thick. I trod on, hoping to somehow get a respite from the rain.

I then made a turn for the Little India Shopping Arcade. Most shops were still closed at this point — it was a little shy of 9 o’clock. I roamed around, looking at some wooden carvings and other souvenir items up on display in some of the stalls. Henna artists were busy finding customers, especially when a walking tour group arrived.

An Indian guy approached me, asking me whether I want one, to which I politely declined. I asked in return where a pastry shop was located, wanting to sample Indian sweets. Oh, I missed gulab jamun. I stood up by the sidewalk and munched on my finds. It was literally the sweetest breakfast I ever had to date.

The rain afforded me to stop on my tracks and watch loads of flowers being delivered to and from the shops. It made me look closer at the metal sculptures and wooden carvings for sale, in addition to the beautiful jewelry and colorful textiles. Still, I was antsy. I wanted the rain to stop.

I crossed the street and headed to the Indian Heritage Center. Of course, it was yet to open. I saw a food stall by the other side and went straight there instead. A cup of tea was in order, and I immediately took a seat by the roadside. The shop owner chatted with me for a while, of course I was standing out a little from his regular Indian clientele. He offered to lend me an umbrella, but I was hesitant to go all the way back to his store to return the item so I refused his generosity. I later learned that he was somewhat giving those away, since these were just left behind by his customers. (Talk about passing on the kindness!)

Finally, I finished my cup and entered the museum. Though brightly lit on the lobby, the main floors containing the exhibits were quite dark and gloomy. There was almost no one in sight, except for one fellow visitor and one security personnel per floor. The exhibits were plenty, but they could hardly keep my interest as the entire floor crept me out. This somber ambiance was so much in contrast with the colorful buzz in Little India just outside. Needless to say, I was out of there earlier than expected.

[Note: Earlier, I asked the shop owner whether the Indian Heritage Center was any good, but in typical Indian fashion, he bobbled his head and said that there was nothing too important there to see. I wish I listened to the local’s advice! But, if you insist on going, there are some items here and there that would surely pique your interest. It was the saga seed and the weighing scale that caught my attention. I also found the film about Indians in Singapore very informative.] 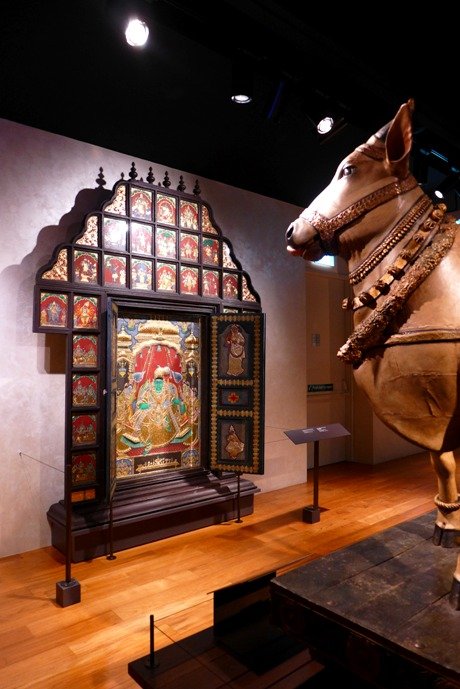 I returned to Little India Arcade to have my early lunch from Banana Leaf Apolo. This restaurant is famous for its fish head curry, but since I don’t exactly like fish heads and I was alone (fish head curries are usually eaten by a group), I opted to just get a serving of their fish curry. I also ordered some fish cutlets which turned out to be a little too spicy to my liking. The fish curry was great, with hints of sourness that freshened up the dish. I was given two side dishes — an excellent cabbage dish with lime leaves and mustard seeds and a very salty bittergourd dish (which was not exactly my favorite). I could hardly finish my meal; I was truly very full.

By the time I got out, the rain still hadn’t stopped. But I cannot wait for it to stop anymore. It’s time to get soaked in Little India’s rain.

More on this next time. Happy travels!