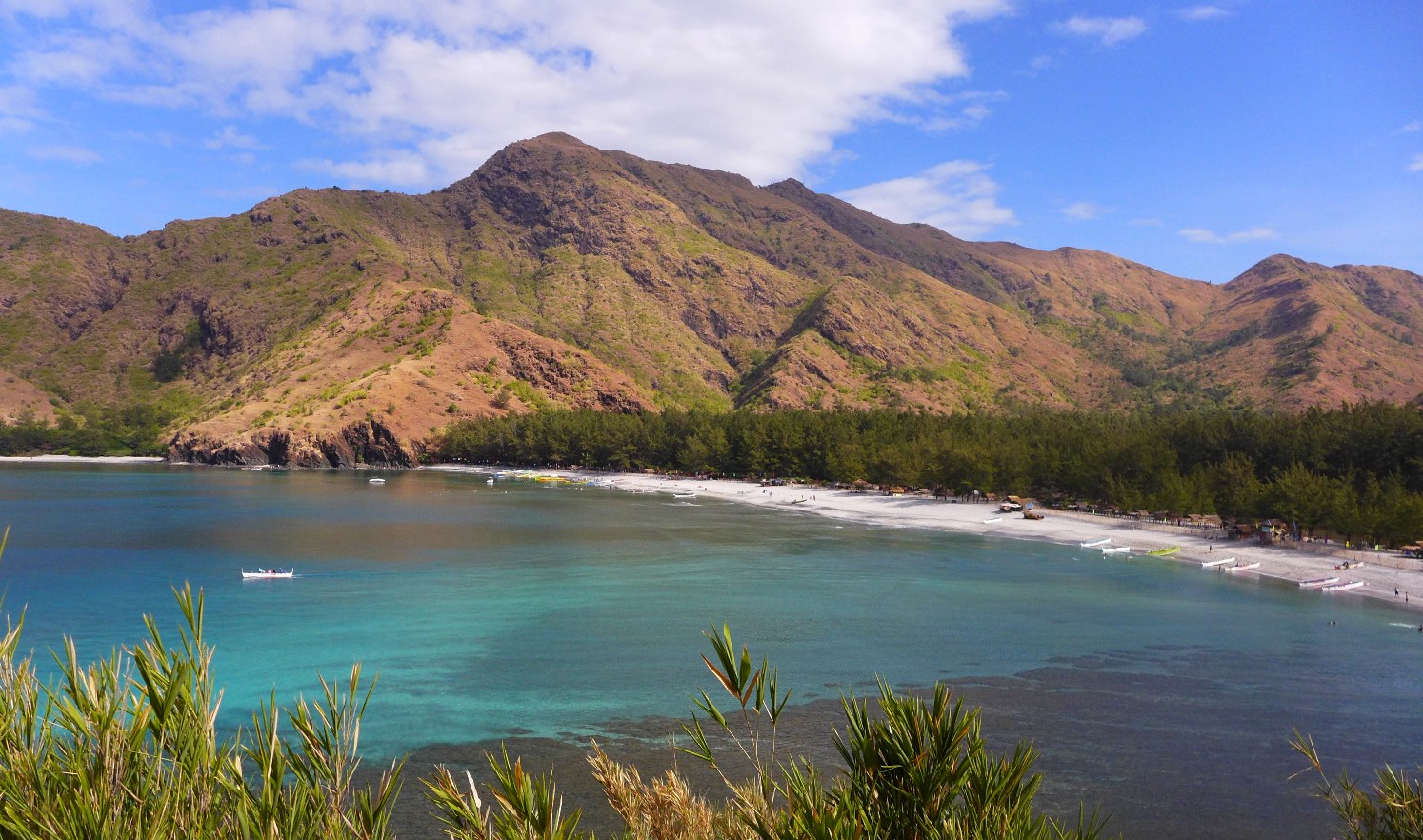 While Valentine weekends are supposedly for lovers, I decided to spend mine with friends. After all, a chance to go to Zambales hardly passes by me. Though it’s one of the most popular weekend getaways from Manila, I’ve never been there. Perhaps I could never pool enough people for trip, or I’m asking the wrong people, as going there would require going back to basics.

How to get there

1. Get to Victory Liner Caloocan terminal, and ask for a ticket to San Antonio, Zambales. A bus ticket costs P265 as of February 2014.

2. Get off in San Antonio, Zambales, and hail a tricycle to bring you to Pundaquit Beach.

Note: Buy your food for the weekend from the market in San Antonio, since there are no restaurants in the cove.

We arrived in San Antonio at around 10:30 in the morning – it was a 4.5-hour bus ride from Manila. We shopped for food, and off we went to Pundaquit Beach. When we arrived in Pundaquit Beach, the waves were already strong. Looking at the boats we rented, I am not too sure whether we could safely make it. Anyway, it’s moot to go back after spending half a day traveling to this place.

I was wet and sun-burnt by the time we arrived at Nagsasa Cove. It was already 1pm. Nagsasa Cove is the farthest one of our destinations, and we decided to spend the night there, since Anawangin Cove is more crowded.

Our group of ten was then divided into two – one pitched the tent and the others prepared the food (Tent rental = P400, camping fee = P100 per head). For those afraid of cooking, the boatmen would grill your food and cook the rice for you. Tip: Try to contact a boatman in advance so he can bring utensils and containers.

By the time we had lunch, my head was already splitting in pain. I decided to take a nap in one of the tents pitched under the pine trees, a rare sight having these in a beach. When I woke up, I took a short walk on the shore to admire the beauty of Nagsasa Cove. Here is a place where nature offers its best – an off-white sand beach nestled in a mountain range, with pine trees spurting on its shore.

Not long after, we decided to go for a swim, albeit a short one. The water was warm, and the seafloor slopes smoothly, allowing you to go farther. It was fun to just actually relax, bathe in the sun and waters and admire what laid before me.

The sun quickly came down, and soon we found ourselves partaking dinner. After a while, we had a bonfire set up and spent the rest of the night roasting marshmallows and hotdogs. The moon was soon rising up in the sky – we were lucky that it was a full moon – and lovers soon spread across the shore. We were lucky to have the campsite alone to ourselves, as other campsites seemed crowded, and to have no generator, as electricity ruins the mood of camping. (Yes, other campsites have generators.)

We awoke early the next day to set sail for the Anawangin Cove. It’s the more famous sister of Nagsasa, since it’s about half an hour nearer to Pundaquit Beach than Nagsasa. We arrived quite early, as the campers were still in their tents, and only a handful of people climbing the hill to view the cove. We were no exception – we headed straight to the hill, but decided not to go to the topmost portion.

The path uphill was evident, but it was slippery and my sandals weren’t up to the task of trekking. The plants around the path were a bit helpful, though somewhat scary to rely on, since you’re not sure when they’re going to break. I preferred holding on to rocks or the roots of the plants for safety. Soon, we reached a point enough to see the cove, and it was simply breathtaking. The different hues of blue of the sea standing in sharp contrast with the white beach and the golden mountain. It was lovely.

After munching on some snacks (there were sellers of taho and ice cream along the shore), we left Anawangin for Capones Island.

The waves were strong when we arrived in Capones Island, preventing us from docking to the shore nearer to the lighthouse. We had to make our way from the back of the island towards the lighthouse, a good 1-hour trek. The more difficult part was crossing the shore, where thousands of rocks and slippery stones stood. The trek up the mountain was so much easier and lighter, and it was a relief to finally put my feet on soil.

Upon reaching the lighthouse, I took a few minutes to just let the wind caress my face. In time, we went up the creaky staircase towards the light. The view, though beautiful, was underwhelming. There are just more beautiful land and seascapes in the country than here.

We planned on visiting Camara Island, but the waves were too strong to dock, and the sandbar was already submerged under water. Instead, we headed straight to Pundaquit Beach, where the boatman let the boat ride the waves until we reached shore. It was a thrilling experience! It was like surfing with a boat. Hahaha!

It was already late in the afternoon by the time we got ready to leave. Since we were ten in the group, it was difficult to get hold of a bus that could accommodate all of us. We settled to go to Olongapo first, change buses, then depart for Manila. It was a longer journey, but we had assured seats.

We arrived past late at night in Manila, and that ended our Valentine weekend. 🙂