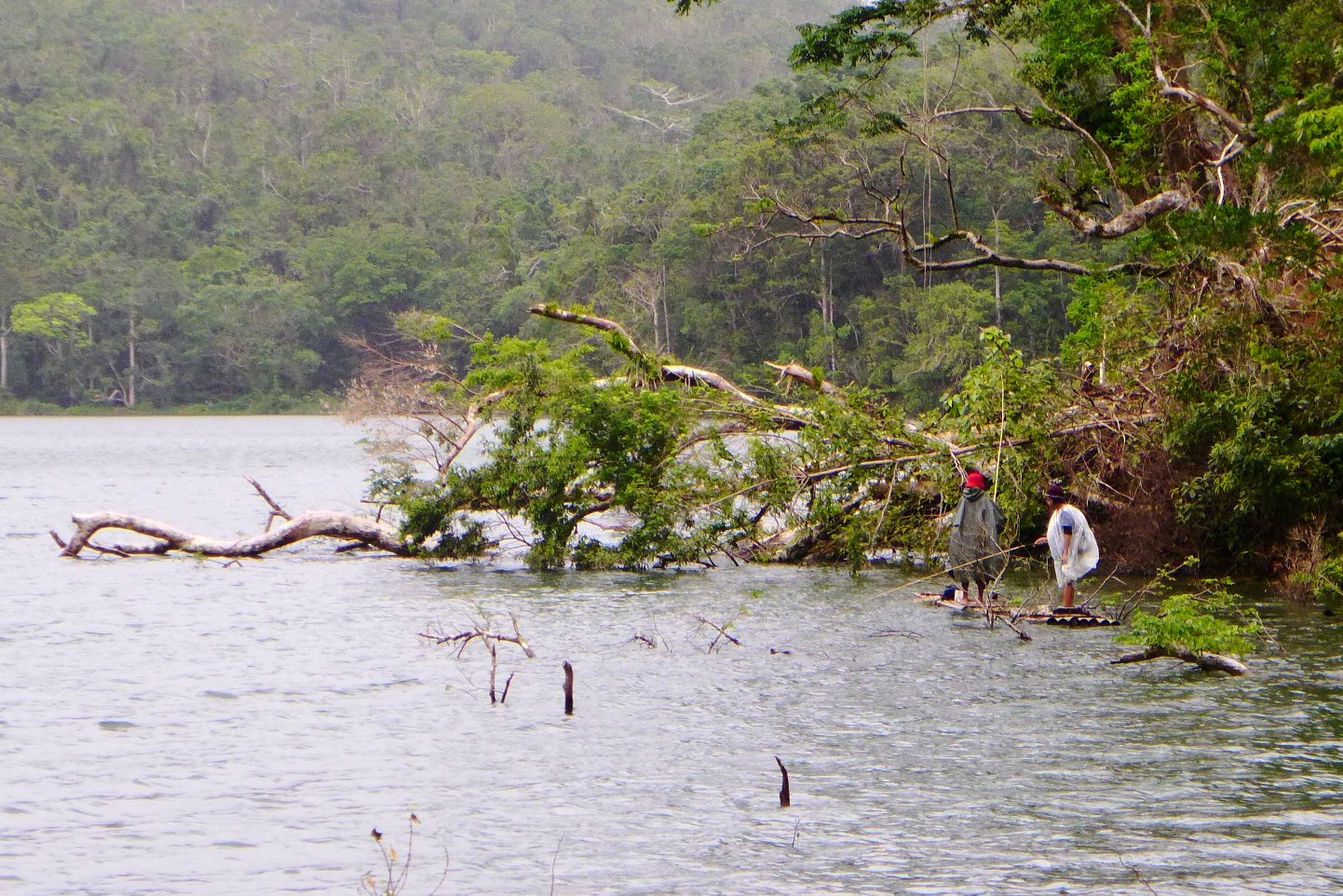 One late February Friday, my friends and I started on yet another journey. This time, down south, literally. We were to hit the southernmost province of mainland Luzon: Sorsogon. It was a destination I was reluctant to see at first. After all, what is there to see in Sorsogon apart from the whale sharks in Donsol? But I was easily lured by photos of travel bloggers to go.

And so there I was, boarding the flight to Legaspi on a rainy morning. I was hoping that the weather would turn for the better once we arrive in Legaspi, but was easily dissuaded once we set foot in the city. It wasn’t raining, but it certainly was gloomy.

We headed down south, eager to hit Matnog before nightfall. Our first stop was Gubat, a town where surfers flock for the great waves. Nobody could be seen surfing, however. It was truly windy, but too windy that sand was hitting our eyes when out by the seashore. We had to take refuge inside a restaurant to have our lunch, lest we want our food to have sand as its topping.

Prior to arriving at the Rizal Beach Resort, we bought some fresh seafood along the highway and had the resort staff cook the food for us. It was a long wait for our cooked food to arrive, so everyone in our group was so famished that we finished the food in no time.

Right after lunch, we stopped by the town of Barcelona, known for its old church, St. Joseph Church. The wind was still blowing strong on this seaside town. Several teenagers were hanging out at the park in front of the church, while we snapped photos at the huge Barcelona sign. The church interior needed an upkeep, but its altar was out of place in its modernity. A renovation project was to be undertaken, announced by a poster asking for donations. I could only wish that the old look of the church would be preserved, not evolved into a whole new structure.

As we approached our waiting vehicle, the sky began to cry. Uh-oh.

It was another half an hour before we reached the town of Bulusan, home to the Bulusan Volcano. But our goal wasn’t the volcano; it was the lake. The rain has temporarily ceased, thankfully. At the front, you could only get underwhelmed by its beauty. But, don’t get dismayed. Hire a boat to take you around the lake. We did because we had nothing else to do, and were pleasantly surprised. Little by little, as the boat paddled on, you’d realize how vast it was. The hills surrounding the lake were lush with tropical trees. The overcast skies added such mystery to the lake. Quickly, it would dawn on you how romantic the setting was: a cold afternoon paddling in a boat on a very serene and uncrowded lake, until you realize that you’re on a trip with friends and not with a special someone. 😛

After the boat tour ended, we proceeded to the nearby Balay Buhay sa Uma Bee Farm. Admission is free if you bought honey. Else, you had to pay P50 per head. Contrary to my expectations, no tour of bee production was shown to us. Instead, we freely roamed around the perimeter, seeing the fish pond, the flower gardens and the sheltered beehives.

Irosin was our last attraction for the day. It was here were hot springs were prevalent, and dipping in one was not only a touristy activity but a local one as well. San Benon Hot Springs was our resort of choice. Rain was pouring by now, and so were the locals who were eager to start their weekend. Baskets of food accompanied the locals, as though they were ready for a picnic. Imagine restaurants or bars in Manila on a Friday night; this was their version of that.

Soon, we were back on the road. We reached Matnog before dinnertime, and wished for the best to come tomorrow.