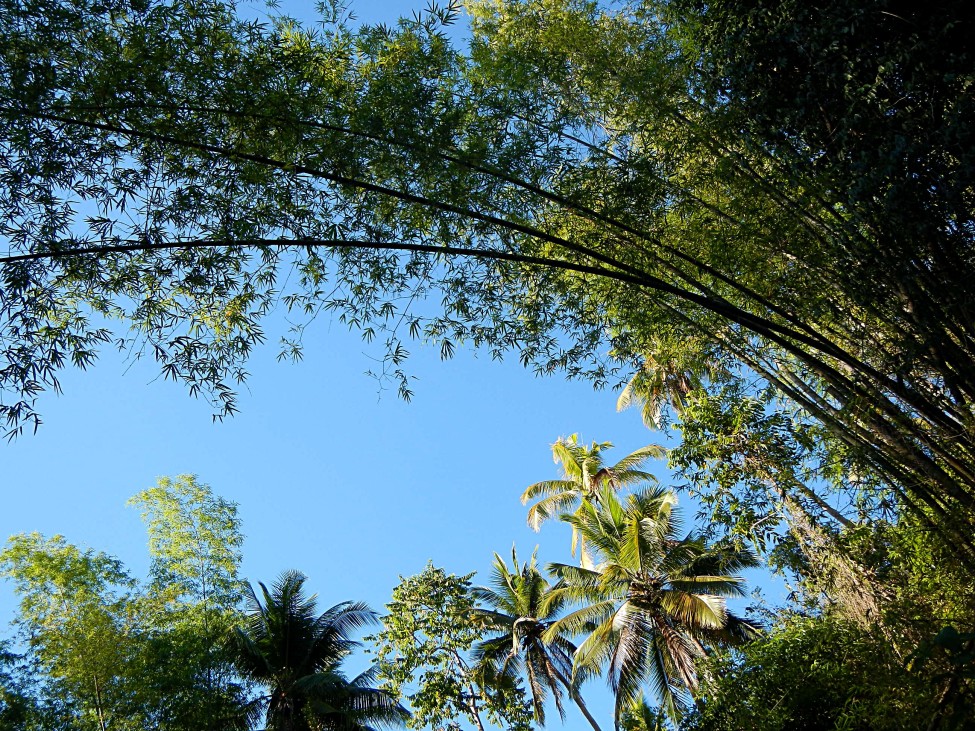 It has been almost two years since I first visited Visayas, when my friends and I went to enjoy the white sand beaches of Bantayan Island, Cebu. A seat sale in February of this year by a local carrier prompted us to explore other islands in the Visayas. The last-minute decision of backing out by the sole male in the group made this trip my very first all-girl weekend getaway!

We planned on visiting three places during this trip: Siquijor, Dumaguete City and Oslob, with our entry and exit points being in Dumaguete.

Having had the earliest flight to Dumaguete, I had high hopes of arriving in Siquijor early. From the airport, we went straight to the ferry terminal to catch a ride to Siquijor. Unfortunately, all morning trips of fast crafts bound for Siquijor, the capital of the province of Siquijor (I know it gets confusing), were already fully booked. The earliest would be at 1pm, which we didn’t want to take.

Thankfully, there were ferries bound for Larena, another town in Siquijor. The trip would take longer, but we were to arrive there before noon.

After two long hours and some sleep, we found ourselves in Larena. Outside the port, there are several vehicles waiting and offering to bring you around the island.

Being a very small island, the province of Siquijor can be toured around by tricycle, or a motorcycle if you wish. Luckily, the tricycle is big enough to fit five of us! A short query on prices and we were off to see this mystique island! 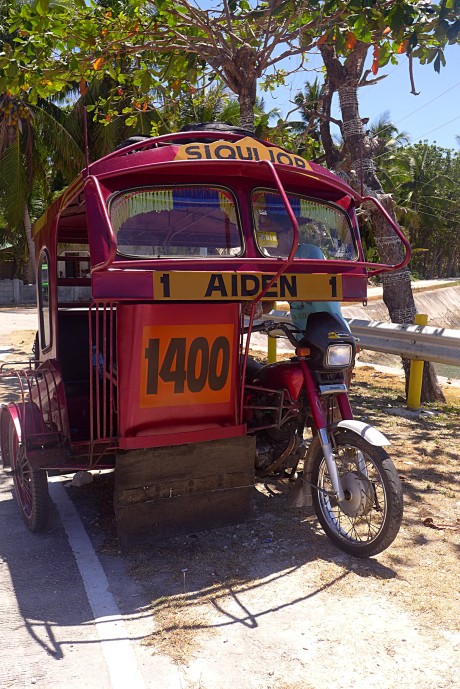 We started our journey from Larena port. Since we were very hungry, Aipee, our driver, suggested that we have lunch at Salagdoong Beach Resort. On the way, we witnessed a very rustic and unspoiled paradise – one where the skies are very blue and the water is very clear as the hills and mountains were covered in lush greeneries.

I was happy to see mangroves in Enrique Villanueva, passing along the town to get to Maria. About twenty minutes after, we spun off from the highway, getting in a smaller road where trees canopied our way inside. We were all excited, until we came face to face with the resort.

The restaurant was packed with people, and so was the beach. This was a public beach, after all. Though the slide to the sea was something that I would have looked forward to (I’d pass when it comes to the cliff dive), I definitely wasn’t in the mood to wait for my turn after seeing the queue of people. We all skipped this attraction – we’re not fond of crowded beaches, sorry.

We proceeded with our journey even though we were all very hungry, since there’s nowhere else to eat until we get to the next town. 🙁 We came across a church in Maria – a small but old one. A few shots here and there and we were off to lunch in Lazi.

While in Lazi, we visited San Isidro Labrador Church, opposite of which was the Lazi Convent. The church had an old façade, which stood in sharp contrast to the new red roof it had. Inside, the altar was grander than expected, yet most of its interior manifested how long it stood the test of time. The convent across was already transformed as a school (I thought it housed a museum of some sort!). 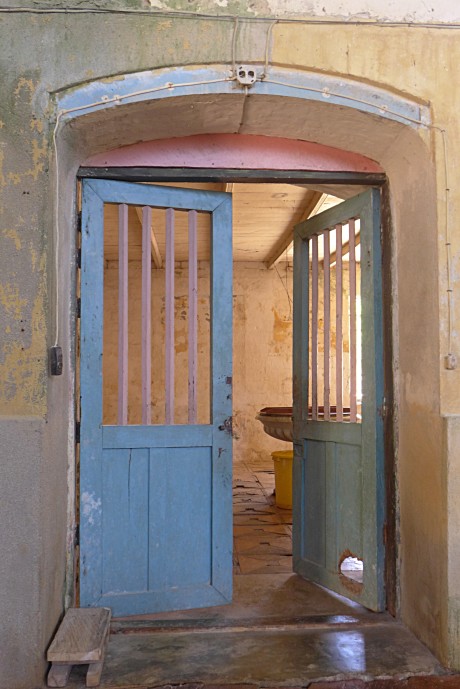 Soon, we went to Cambugahay Falls. There were three sections of the falls – the first of which had a swing to make the jump even more exhilarating! In fact, it was too much that no one else in the group wanted to jump, including Jo who was very excited at first. I had to do it – after all, how many times do I get to jump in a waterfall using a swing? It was fun!

We initially skipped the second level, and proceeded to the last portion of the waterfalls. The current was strong, and the waterfall was more powerful than the other two, yet it also attracted a crowd of visitors. While we wanted to have our photos taken there too, the informal queue made us impatient. We just went to the second tier.

Once there, we had the waterfall to ourselves (and a couple). The water fell on my back as though it massaged every aching muscle I had. Sometimes, we’d lie on the shallower portion and feel the rush of water against our bodies, while seeing the looking up at the great green foliage covering us from the sun. People might have noticed our glee as they started flocking here too. At least, we had our time – a very relaxing time indeed.

We lingered in Cambugahay longer than we thought; it seemed to be quite late in the afternoon by the time we finished. We checked the Balete Tree along the way to the hotel. Albeit this one’s smaller than that in Baler, it has natural spring water underneath that adds a layer of character to it. It was almost sundown when we passed by a very small portion of rice terraces, and luckily we arrived at the hotel before the sun hid its rays.

The next day, we continued our journey from Coco Grove in San Juan to visit Capilay Spring Park. It must be a hangout of local kids and teenagers since they were busy swimming despite the blazing heat of the noontime sun. It would have been nice to stay and watch the locals flock into the park, but since we had a ferry to catch, we had to leave at once. 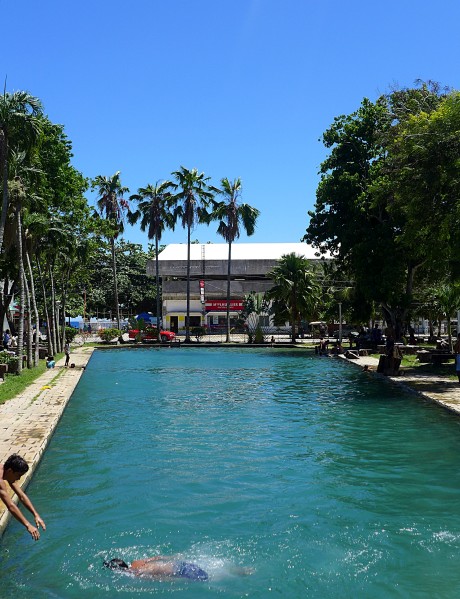 Finally, we headed to Siquijor, Siquijor. Aipee brought us to the Bell Tower, then to St. Francis de Assisi Church. It was ironic that by the time we saw the ‘Welcome to Siquijor’ sign, we already have to say goodbye.

*Our accommodation and food expenses are excluded here, as I believe that individual preferences vary greatly when it comes to these two things.

9 thoughts on “Siquijor: An Unspoiled Paradise”