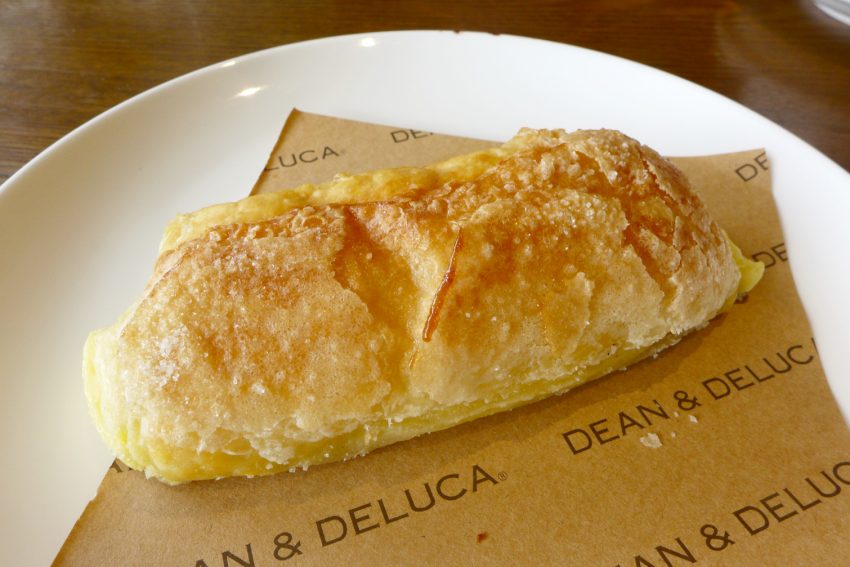 Shortly before the year ended, the branch in Scout Rallos was finally back in service. Yay! December 22 was its reopening date, but we were informed that only the first floor was operational. It was a week later when we finally had the opportunity to go back. Although it was a weekday morning, the restaurant was almost full, perhaps some post-Christmas rush.

We were seated in front of the pastry case, which was sadly empty again. Our server informed us that the pastries were just delivered but were not yet unloaded. Given the measly options, we opted for a croissant and a danish.

The strawberry danish was less soft than I expected, maybe because they weren’t as fresh. It was still scrumptious though. The chocolate croissant was surprisingly good, as it had, in my opinion, the appropriate amount of chocolate relative to the pastry. To me, their pain au chocolat had an overwhelming amount of chocolate, which might not be in itself a bad thing, except that I couldn’t appreciate the pastry anymore. I am also happy to report that this croissant variant was not split in half, unlike the others that seemed to be prepared for sandwiches.

One great thing about being seated in front of the pastry case is watching it get filled with freshly baked goods. I was taking a mental note of which ones we’ve eaten, until I saw something that looked so good: their Cuban cheese roll. I couldn’t help but order a piece as it looked very appetizing on the case, and I’m very glad to have done so.

It was divine. It was very flaky on the outside, and I think that it’s the flakiest among the viennoiseries the store offers. The cheese filling had the perfect creamy texture and a salty-sweet flavor. It has probably overtaken the danish as my favorite Dean & Deluca pastry. It was that amazing, and I’m surprised that it took us this long to discover its goodness.

Caffe mocha was still my drink of choice among their coffee selection. I was given a stirrer, which was unusual to me, but perhaps it was to blend the chocolate sitting at the bottom of the glass. It was unnecessary though, as the chocolate was completely melted by the time I finished my cup.

This time around, we received some outstanding service from the staff. Everyone seemed quick on their feet, and it felt that they were adamant in providing the best service possible. The only let-down was the bill-out, which took quite a while. But overall, it was a fantastic morning meal.