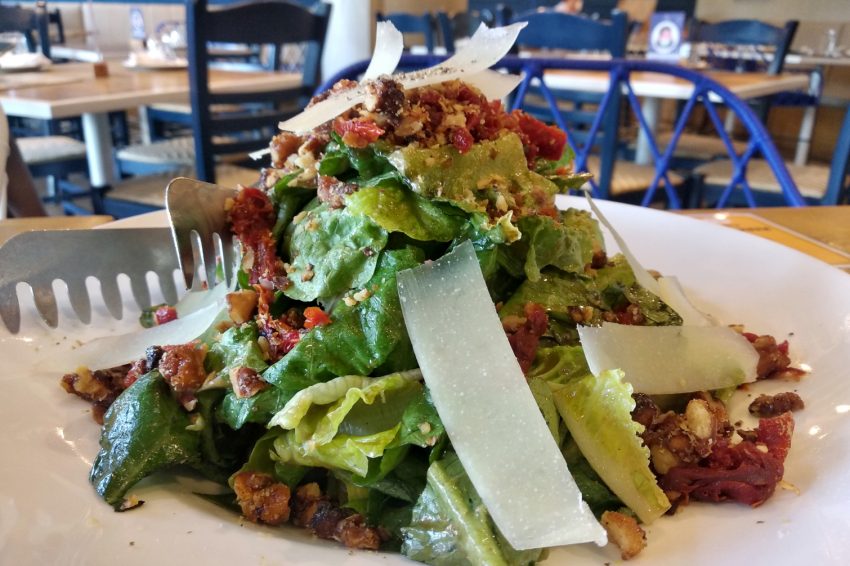 Admittedly, it had been a while since we last dined at Cyma. Their lamb gyros was my personal favorite, but over the years, their prices just kept climbing (I know, I know, they are not solely to blame; inflation can be felt everywhere). However, it was the switch to a set menu offering (gyros with fries) that turned us off, as it jacked the prices up without adding much value; that is, if you were like me who didn’t want the fries in the first place. Add to that a full house during a weekend lunch and it certainly no longer became an establishment we regularly visited. It wasn’t until the pandemic that we revived going there.

Honestly, you couldn’t help but feel heartbroken for the place. Sure, it’s lucky to have withstood the economic ordeal that the pandemic caused, but at the same time, things were just very different. No longer was the restaurant a full house during a weekend lunch, rather, only one table was occupied aside from ours. Even during weekday dinners, I had never seen Cyma as empty as I had seen that day. The staff had changed, along with its interiors, which was remodeled beautifully. The space became more open but retained the bright, vibrant interiors it once had. The kitchen was still visible from the dining area, even though dining space felt bigger than ever.

The printed menu remained the same, yet the offerings were limited, which was totally understandable to keep the business afloat. We only ordered three items: roka salata, lamb yiouvetsi and fries with cumin mayo (ironically, Mr. B loved fries and couldn’t resist ordering some.)

The salad came first, and like most of Cyma’s salads, the serving was generous. I enjoyed the sweetness of the balsamic vinaigrette, but I also found the salad overdressed. It made the leafy greens incredibly flavorful, although it was quicker to get soggy this way. I liked that the sun-dried tomatoes were plenty, but I wished that there were more of the arugula to cut through the dressing’s sweetness. I appreciated that the candied walnuts were chopped rather than left whole, as sometimes the whole candied ones could be difficult to eat.

The yiouvetsi came next, along with the fries. The lamb pieces were generous spread across the platter of pasta drenched in a tomatoey meat sauce. The orzo was cooked perfectly al dente, providing enough chew to contrast the very tender pieces of meat. It was a good, hearty dish, but one we had difficulty finishing because it was begging to be enjoyed with something fresh. Lemon slices were provided, but these weren’t enough to counter the richness of the dish. Perhaps we made a mistake with our food pairing — our salad was too sweet to balance the entire meal.

The fries was, by far, the disappointment. They were soggy to begin with, which certainly wasn’t something I expected from a very good restaurant. The cumin mayo that came along with it was very strongly flavored to my liking, if too cumin-y was even possible. I don’t dislike cumin as a spice but that was just too much for me.

All in all, it was a good meal. Had we ditched the fries and chosen another salad with a more acidic dressing, it would have been a perfect meal. Special thanks to our server who was very knowledgeable with the menu and provided us with a great service.

More stories on food next time. Until then, happy eating!