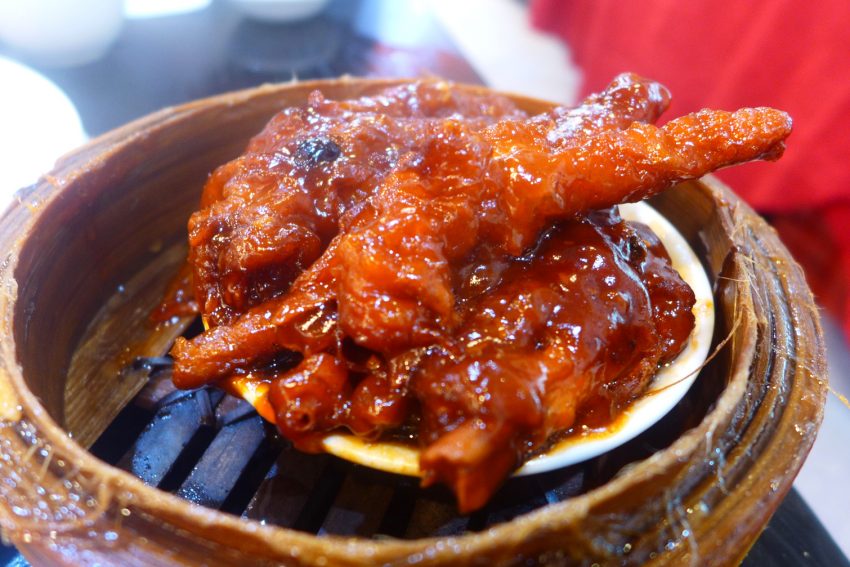 It was pouring when we headed to Causeway, a Chinese restaurant specializing in seafood. Despite the weather, the parking lot in their Timog branch was full, and the restaurant floor still had numerous patrons.

My first impression was that the place was a bit dirty. I didn’t know whether it was the damp weather or the lack of furbished decor that rendered that idea to me, but it was certainly one of the dingiest restaurants I’ve been to in quite some time. We were led to a table that was to be shared with other diners, a space-saving move from the restaurant’s side. It was something I honestly didn’t like, but we were lucky that the people we were sharing the table with were about to finish their meal.

Whatever ugly impressions I first had were quickly dissipated by the enthusiastic service from our server. He was a bundle of energy and was very attentive to us, perhaps because we were seated very close to the service table. Disappointingly, I saw one waitstaff wiping his hands with the table cloth of the service table — certainly not something I’d want to see!

In any case, our dim sum dishes were very, very quick to arrive. I especially enjoyed their siomai (P108), which was very plump and juicy. My favorite dumplings, the hakao (P148), had a generous amount of filling, although I was dismayed with the soggy wrappers that enveloped them. I still had a problem eating the chicken feet (P108), but I must admit that their sauce tasted better than that of King Chef.

It was, however, the radish cake (P108) that took the cake. I’ve never enjoyed radish cake like this. The crispy coating contrasted sharply with the soft interior of the radish cake. Finishing the second portion was a mistake; too me it was just too much. The hot sauce on the side was a great way to ramp up the flavors though. The hoisin sauce, on the other hand, was a bit oily and hence it rendered the radish cake fattier than it actually was.

The salt and pepper spare ribs (P385) was better than our last, which was from King Chef, but it was subpar compared to North Park’s flavor. Where it won over North Park was its generous portions: the pieces were meaty and very juicy. It just lacked the oomph that a dash or two more of five spice seasoning would have provided.

The yang chow fried rice (P330) came to our table very late during our meal. I guess it’s the traditional way of service in a Chinese restaurant, but we would’ve wanted to eat spare ribs with the rice. I’m not so big a fan of yang chow fried rice that I honestly can’t tell one from the other. All I can say is that this one had a generous serving.

All in all, I loved the flavors that the restaurant served us. We might not have partaken in any seafood dish that was their strongpoint, but our dim sum dishes were a delight. The ambiance was a bit of a let-down, but I may come back for more delicious dishes.