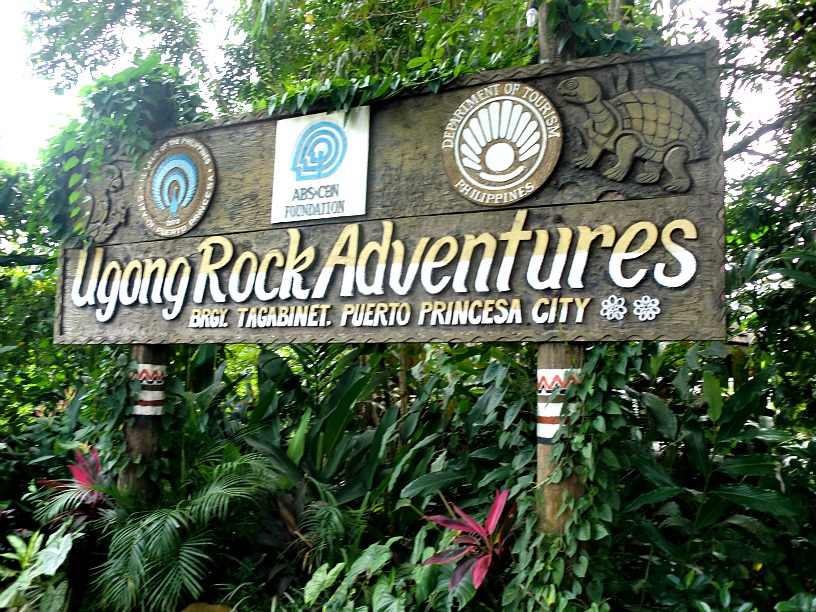 Recently awarded as one of the new seven wonders of nature, the underground river was high on our list of must-see places in Puerto Princesa. Since there were permits needed to be secured, we decided to have a travel agency arrange the whole day tour for us. This translated to not having a van of our own to explore the city (which was disappointing), yet we were open to a whole new experience of travelling with other people.

To our dismay, however, travelling with strangers can prove to be a daunting task. The van was late to pick us up from the hotel, since other tourists who were scheduled to be picked up were late. While the tour guide, Gil, was apologetic enough, the people who caused trouble were too proud to even say sorry! What a way to start a supposed fun-filled day!

Anyway, the ride from the city center of Puerto Princesa to the Underground River took 2 hours. Since we were a bit early for our scheduled boat ride, Gil decided to do a short stopover at Ugong Rock.

Ugong Rock is a project by ABS-CBN Foundation and the locals to support community-based tourism where the locals can earn a living. Here, visitors can go caving (PhP 200) or go caving then zip-lining (PhP 200 + PhP 250). Since my brother never had the chance to ride the zip-line, I decided to accompany him and experience that adrenaline rush again!

After wearing our helmets and gloves, we were on our way to the caves. There’s a tour guide from the project to lead our way in the caves. It was quite an easy hike to go up the caves, except for a few paths where you had to twist a bit to be able to fit in the passages.

What I loved the most was the part where you had to climb via a rope. They gave us a choice whether to use a harness or not. Well, I felt daring at the time so I decided not to use one. (I wasn’t sure whether my upper body was fit enough for such a feat, but since there were people assisting the climb, I felt safe.)

Finally, we reached the peak. We took the time to take in an amazing view of green fields and hills with limestone formations. We needed to rest anyway. Here, I learned that if you didn’t opt for caving plus zip-line, you’d have to go all the way back down. Even if I’m scared of heights, I was relieved that I didn’t have to do an exhausting trek down the cave.

Soon, we were getting new harnesses for the zip-line. Then, it was my turn to do the zip-line! I screamed at the start but kept my eyes open throughout the entire ride. It was really exhilarating!

After our group was complete, we left for the Underground River. I’ll talk about this on my next post.