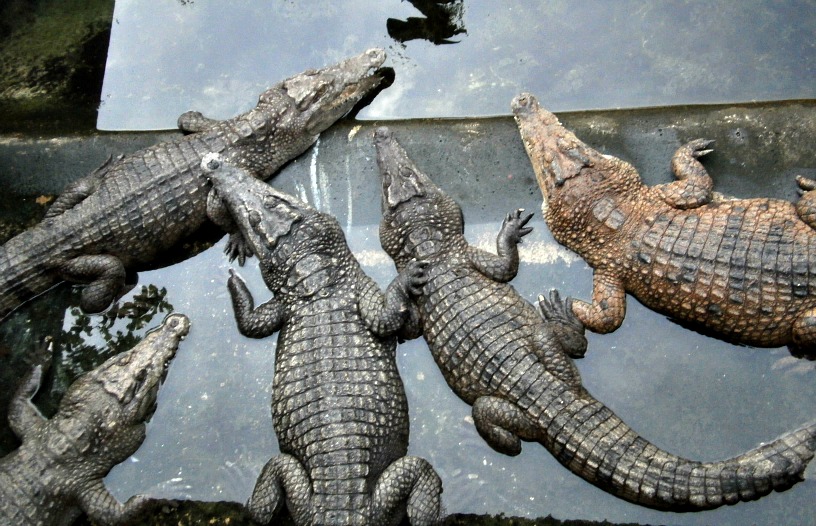 To tell you honestly, I rarely get out of Metro Manila to see other places in the Philippines. I know that my country sure has a lot to offer when it comes to beautiful scenery, yet there were only three provinces that I was dying to see: Palawan, Bohol and Batanes.

I was excited. Not only was I able to go to one of the top three places I wanted to see in the Philippines, but I also had the chance to see another province in my country. It’s been a year since my last domestic sightseeing trip — it was Cebu in October 2011, together with my friends. Ilocos in November 2011 doesn’t count since it was made to settle various family accounts, neither does Batangas in April 2012 since it’s a team outing and I hardly got out of the bungalow where we stayed.

Initially, our trip to Palawan consisted of visiting both Puerto Princesa and El Nido in January 2013, but since AirAsia cancelled our flight again, we moved it to November 2012, just a few days after our Hong Kong – Macau trip. We decided to shorten our trip since I no longer had vacation leaves left for 2012, allowing us to visit only the city of Puerto Princesa.

From the sky, you can already feel that you’d be having a blast in PP. The sea masks beautiful colors of green and blue, with white sand beaches bordering islands and islets mushrooming with trees. I never realized that I’ve never seen our white sand beaches from the air — that was the first time and it was spectacular!

Upon arrival in the airport, we were greeted by the hotel’s staff. Most hotels in Puerto Princesa provide free airport transfers. We headed to  the hotel for check-in, then went on to the city to grab a late lunch.

From the restaurant, we were picked up by the van we rented for the day to explore the city. Our first stop was the Crocodile Farm. It was the first crocodile farm I’ve visited ever, not that I was too keen to visit. There’s this big dried skin of a crocodile to greet you at the entrance. There were free guided tours, and we were lucky to catch the last one for the day. Soon, we were led to where the baby crocodiles were raised (these ones I found were cute). We then moved on to the pens of the bigger crocodiles (scarier ones too!). We walked along a steel path suspended above the crocodile pens. That ended the mini tour of the croc park. On the way out, you’d meet Ella, the binturong, a bearcat endemic to Palawan.

Next, Kuya Jun, our driver, brought us to Iwahig Penal Colony. It was another first — I’ve never been to any prison before. Iwahig is different though, since the prisoners are allowed to roam free within the compound. There, they’re treated like any other human being. They are allowed to live in their own houses within the compound (I think that this is dependent on what level of security they’re in), they’re allowed to work, and their families are allowed to live with them. Kuya Jun brought us to the Balsahan Falls which was still inside the compound, then to the souvenir shop where we got the chance to talk to a prisoner.

That was the wake-up call. When I thought that the idea of Iwahig was perfect since it was humane, it wasn’t. You see, Palawan is a plane ride away from Manila. The guy we talked to informed us that he never liked his stay in Iwahig since it brought him away from his family, and his family can no longer visit because of the distance. While there were some who afforded to bring their families there, there were others who couldn’t, and it was heartbreaking to listen to them.

Anyway, the sun was setting down fast. We were on the way to Mitra Ranch, but by the time we got there it was already closed. Being the good people that Palawenos are, the guard allowed our van to just drive around the the house, where we stopped in the area overlooking view of the Honda Bay.

Afterward, we headed to Baker’s Hill. True to its name, Baker’s hill is home to a family with a baking business. It was here where we bought goods to bring back to Manila. There’s a restaurant that provides an eat-all-you-can seafood buffet during Saturdays too. The area was landscaped and the path was well-lit. Soon, you’d be amused of the various themed statues standing around you. (I was amused even if I’m deadly scared of mannequins!)

That ended our city tour of Puerto Princesa. More on this Palawan trip next time!

Disclaimer: I have no connections whatsoever to Ricky Cayapas. I’m just one happy customer with the services provided by his company to me and my family. 🙂

14 thoughts on “Puerto Princesa: Sightseeing in the City”