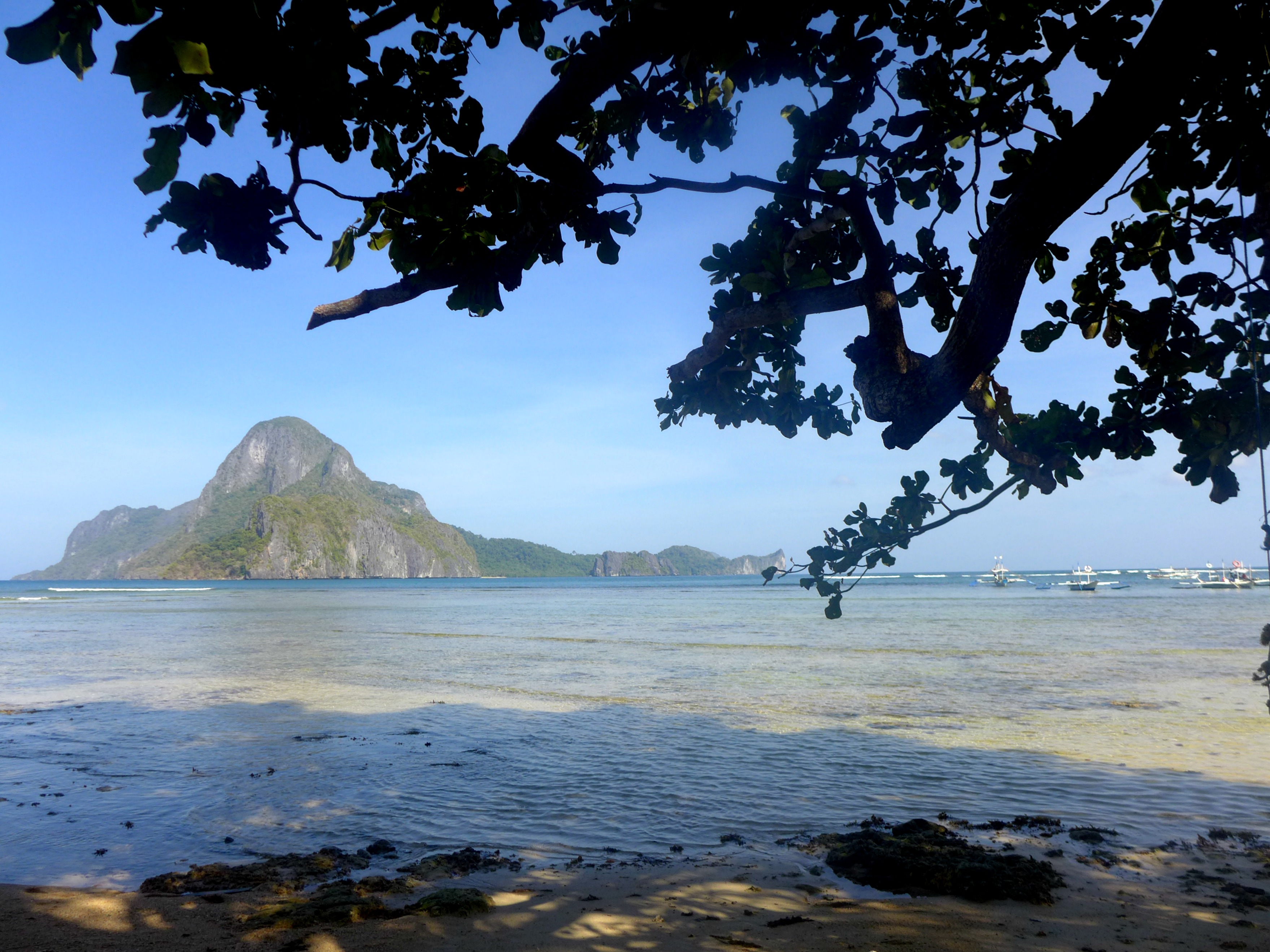 Day 3 in El Nido: we had nothing to do. We only had the entire morning to spend, so it left us with very few options. Initially, my brother and I debated on doing a half-day of island hopping, perhaps try Tour B, yet after two straight days of rocky cliffs, I didn’t want to spend another day at sea. I wanted to go to Nacpan and Calitang to see the two beaches converge at a sand bar, yet Rovel didn’t consider the beach as beautiful as those that we’ve been to. The last option was to climb that cliff near El Nido town (we were to be guided by Rovel’s brother who was also part of the “rescue” team the day before), yet we didn’t have shoes for trekking and the cliff seemed pretty steep and scary.

We were overlooking the sea from the hotel balcony when we thought of just walking along the shore. My mom and my aunts went ahead to find vendors selling pearls. Kuya Rudy spotted us while I was busy taking a photo of the crepe stand where we had our dessert the night before. He accompanied us to our walk (it’s not as if we’d get lost, perhaps it’s his way of being hospitable to his fellow Filipinos :P).

Soon, we were seeing hotels after another, split among rows of restaurants. Visitors lined the shore to take a dose of sunlight, while others seemed content staying on the shade while sipping their freshly-made fruit shakes. I was happy just to have taken this walk along the shore — feeling my feet dip into the sand (I love fine sand!!!), while watching the boats dance to the tune of the ocean and hearing the waves splash at a distance.

It was when we reached the other end of the cove where we found another fantastic view. To our right was Cadlao Island, closer to the shore than ever, while on our left was the shore outlined by the hotels with the limestone cliff at its back. At this vantage point, I was sure that I wouldn’t have made it to the top of the hill.

We were also surprised to come across foreigners at this part of town, until we realized that there were accommodations there too. Lucky for them to stay at this quiet location, though I bet I wouldn’t be able to sleep knowing that the cemetery was just a few steps away. Then, I went farther to see the Helicopter Island set between Cadlao and the other end of El Nido town. Though the beach may be rocky here, I think it’s one of those perfect spots to spend a lazy day lying on a hammock. I wish we spent a longer time here!

4 thoughts on “El Nido: Sights along the Shore”