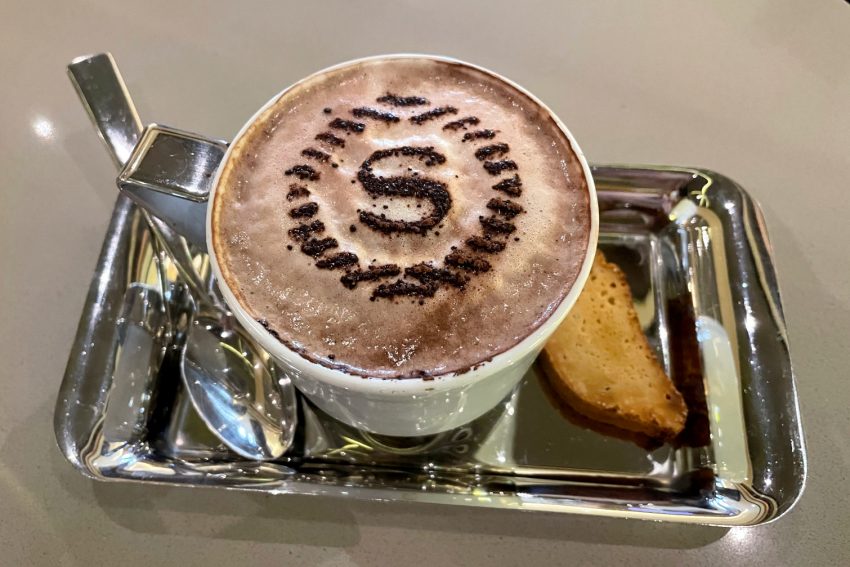 Honestly, a staycation was something that never crossed my mind. To me, staying in hotels is part of travel, part of discovering something new away from home. But as a friend was getting married south of the metro, it was easier to stay at the hotel where their reception was to be held and simply make the most of our stay.

The hotel was Sheraton Manila Hotel, just across NAIA Terminal 3. The lobby left a lot to be desired — it was the smallest lobby I’ve seen for a hotel of this caliber. The check-in service, however, was very prompt and professional. As part of the bridal party, we were allowed to check in way ahead of the usual 3PM check-in time. In fact, we were there by 10:30 in the morning and they allowed us to check in. The hotel’s policy was to secure a deposit of P5000 for every night of stay, but only P5000 was charged to my card even if we were staying for two nights.

Our key card allowed us to access only the floor of our room apart from the public floors, but we were lucky to find out that our room was quite close to the elevator. Yes, I later learned that this was a blessing as we frequented getting out of the room. The room had a good size and a nice layout, with touches of Filipino decor. I wished our room had a view of the airport, but ours had a “garden view” instead, one that had basically nothing to see. Along with the bar, the room had a desk and a small sofa. The bed was very comfortable and the pillows were even more so. Unfortunately, our requested two double beds were not available and were given a sole king bed instead.

The bathroom had ample size, with a spacious shower. However, I didn’t like its layout. The toilet was situated just by the door, and some towel hooks were placed on the wall beside the toilet. To me, that was a bit unhygienic — why they didn’t put some up the wall closer to the shower was beyond me. The vanity area was generous, and there was more than enough room to put our toiletries on the counter. I later learned that the shower was magnificent. The strong pressured water felt like a massage to my body and it was definitely a good way to wind down a hectic day.

The hotel housed a casino, which we passed by quite a bit to get to the Newport Mall. I honestly enjoyed the beautiful passageway as it looked very posh. At times, we would also exit or enter through Hilton Hotel, whose lobby I preferred so much more than Sheraton’s. The staff were very cordial too.

I was craving some Mexican food for lunch, and it seemed Fiery Style Southwestern Flaming Grill was the only available option at the Newport Mall. It looked promising as there was already a number of patrons indulging in their food when we got there. It was simply a burrito that I wanted and, since we’re technically on vacation, a margarita for lunch. Our drinks arrived quickly, yet we waited such a long time for our food. I was silently hoping the wait was worth it.

My friend’s salad came earlier than my meal, and judging by her face, it wasn’t that good. My burrito looked pretty, but I was overwhelmed to see so much rice in that roll. The rice wasn’t flavored with spices enough, and the meat pieces were too sparse. It was big and it may be filling, but there’s very little flavor in it. The nacho chips weren’t as crisp as I expected. It was the worst food experience I’ve had in a long time. The only saving grace was that margarita.

S Kitchen and The Lounge

We returned to the hotel hoping to get some dessert to end our meal on a sweeter note. We were already seated at the S Kitchen when the server returned to our table informing us that our desired pastry at the time, a sans rival, was not available. As their dessert selection was limited, we opted to leave and headed to their lounge instead.

The lounge also had some cakes and pastries, yet they looked so underwhelming. I would’ve wanted to try some of their teas, however the server informed me that the teas were only served cold, and I was already feeling so cold at that time. I ended up getting a macchiato instead, while my friend opted for a hot chocolate.

Our drinks were served with a biscotti on the side. My coffee, unfortunately, was a bit sour to my liking. My friend seemed to enjoy her drink, with the beautiful logo of Sheraton sitting atop the foam.

The other restaurant that intrigued me at the Newport Mall was Parmigiano. It was an Italian restaurant which was brimming with patrons, and from the outside I could see a pizza oven. After our horrible lunch experience, we decided to try this one for dinner as it looked promising.

The staff were very warm and welcoming. Two pasta dishes and one pizza were our order. The first to arrive was the bucatini all’amatriciana (P430). The sauce was tomatoey but very well-balanced. The hole in the bucatini was truly complementary to the sauce — indeed this traditional pairing of pasta and sauce was very thoughtful. I found the lardons to be a bit too chunky, but flavor-wise, I couldn’t complain.

The 6 formaggi pizza (P595) came out next. Boy, I was impressed. It was such a great pie that it took me back to a Brooklyn pizza memory. It had a thin crust, but was still sturdy enough to stand against such creamy sauce. This multi-cheese pizza also had a remarkable blue cheese flavor, something I don’t usually taste in other ‘white’ pizzas. Our server later provided some honey for us to try with the pizza: I was surprised with the pairing but I quite enjoyed it, especially with some chili flakes to spice things up.

The final dish of orecchiette pugliesi con friarelli e salsicchia (P375) took a lot of following up before it arrived on our table. By the way it was plated, it was obviously cooked in a hurry. The ear-shaped pasta was undercooked. The sauce didn’t have the same wow factors that the other two dishes had.

A serving of tiramisu (P280) capped off our meal. It was not mind-blowing, but quite a good ending to our evening meal.

That’s it for now. More on my Sheraton experience on the next post. Happy travels!