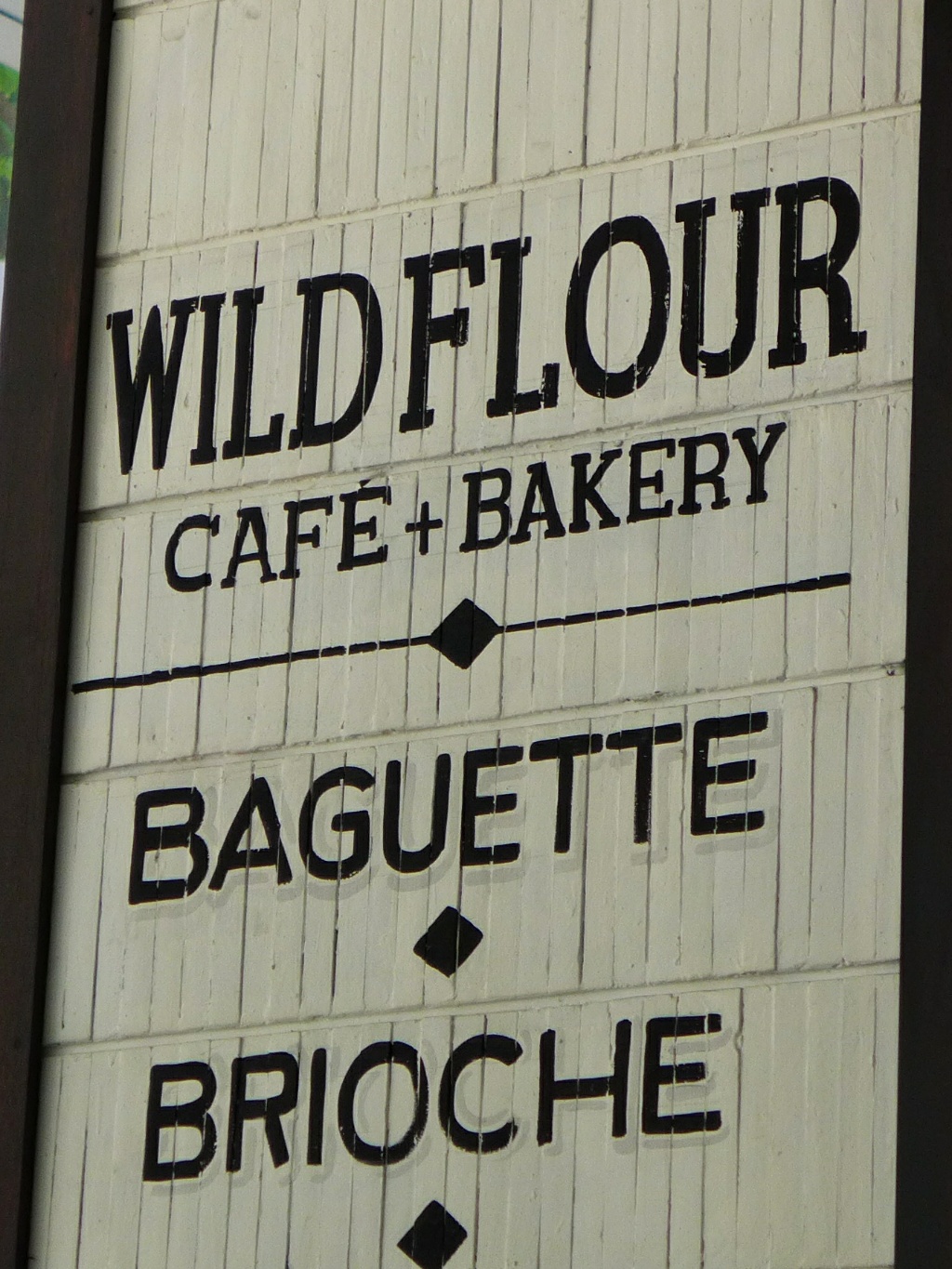 The first stop on our BGC Food Series was Wildflour Cafe + Bakery, one of the hottest places to dine in the metro in 2013. It’s always packed, with customers waiting by the door for a table or for freshly baked goods to go from the store who brought cronuts to the Philippines. We called for reservations the day before so they could accommodate our large group.

Promptly after sitting down, the staff served us warm baguette and butter. The bread was tough on the outside yet chewy on the inside. When I had my first bite, I knew that their bread was better than the ordinary.

We ordered a lot of food – leaning mostly towards French – as Mimie wanted French cuisine as our theme for the week. Two tarte flambées, baked escargot and croque madame were our French dishes. We also had fundido chorizo, roasted chicken, baked salmon and two-way eggs, spaghetti in squid ink sauce, and rigatoni in white sauce. All those food for just eight people (please don’t judge us).

I have heard mixed reviews about the restaurant. Some of my friends previously told me that they didn’t have anything extraordinary, yet most bloggers raved on their food. Only when I tasted their food did I get two understand the two worlds.

Generally, my friends were right – there was nothing too special about the dishes. Considering that their food was pricier than the average, you would expect something so sumptuous that could hardly take your fork down. In that regard, Wildflour disappointed me.

Yet, I am absolutely loved its arugula, dates and brie tarte flambée. The ingredients perfectly meshed together to create such wonderful flavor. Apart from this, I also loved the puff pastry that came along with the baked escargot. It was very rich in butter, yet light and airy as though it melts in your mouth when you eat it. It was also definitely one of the favorites of our group.

As if all those food weren’t enough, we also didn’t pass up the chance of ordering their cakes and desserts. We had mouthfuls of cheesecake flan, tiramisu, banana caramel pie and salted chocolate cake. I loved the cheesecake flan. My friends found it strange at first, yet their second serving of the dessert changed their opinion. It was really good.

Overall Impression
The restaurant itself had a nice vibe to it – the clean, bright interior is perfect for hanging out with friends. Though the dishes were average, I absolutely adored their bread.

True to its name, Wildflour Cafe and Bakery serves what it does best: bread and pastry. I’d stick to those when I visit next time.