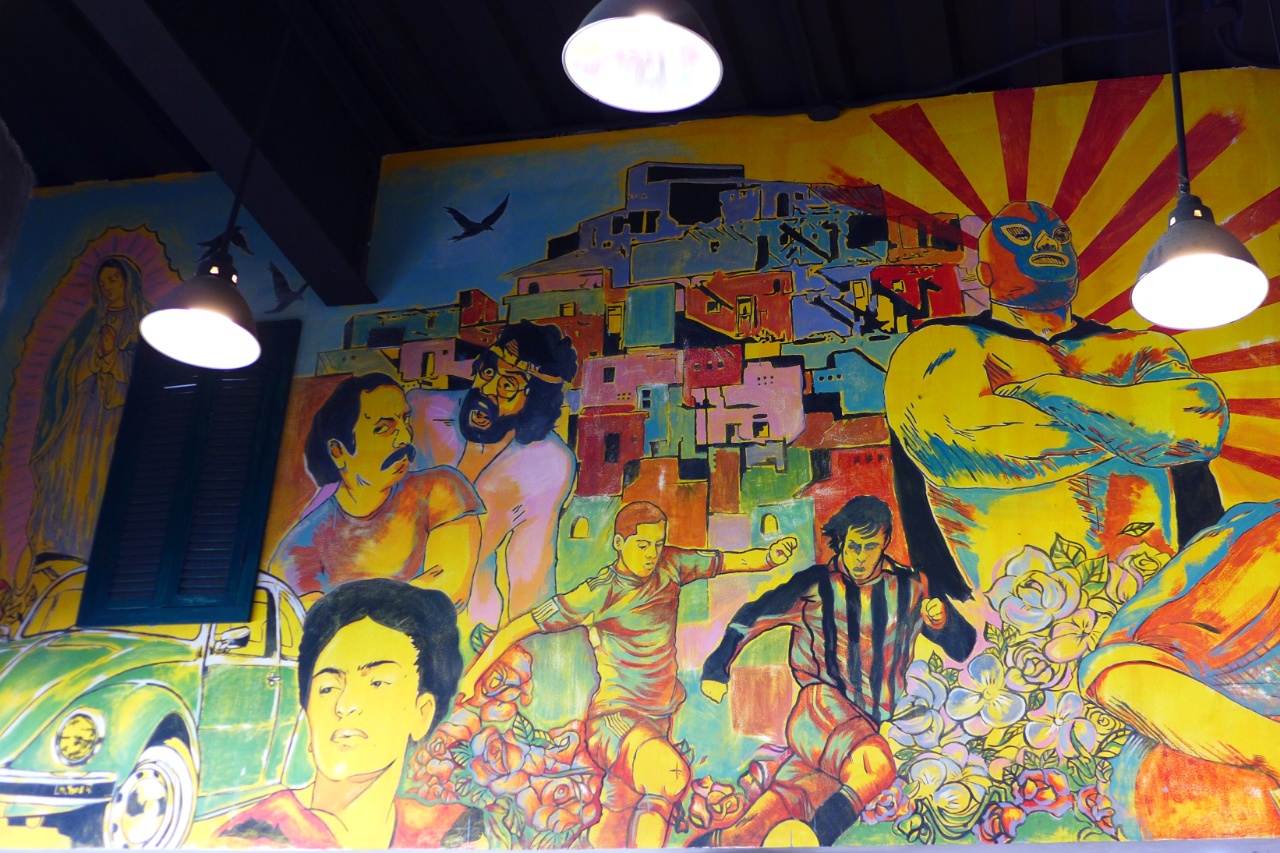 After a meal at Wildflour and a trip to Batad, we decided to give our wallets some rest by negotiating with Mimie for her to treat us before leaving for Japan. She kindly obliged.

Owing to the celebrations of Cinco de Mayo then (yes, I know this is a late post), our stomachs were filled with a feast of Mexican staples, thanks to Órale! Taqueria Mexicana at the Fort Strip. Because it was a Thursday, I expected the restaurant to be deserted, but it was not. A couple of tables were occupied. Soon, the place began to attract customers hungry for lunch.

A striking mural stood in sharp contrast against the bare, unpainted walls. The place, though small, was too hot, thanks to Manila’s summer heat and the poor air-conditioning. Apart from the mural, there was hardly anything to remind you that you’ve entered a Mexican joint, until you hear the lively Mexican music fill the air.

Since it was all our first time, we didn’t know that it was not a full service restaurant. You needed to order at the counter, but you have an option to pay upfront or to keep an open bill. If you’re hanging out with friends, I suggest you do the latter.

We started off with a plate of totopos and salsa to fill the void our gastric juices had been creating while waiting for our orders. The chips were served hot and were very crisp. The salsa perfectly complemented its partner.

The giant burritos then arrived, and boy were they a feat to eat! I allotted just half of a burrito for each one of us, yet it was still too much. The serving was more than generous, yet it scrimped on the taste of chili that I had been looking forward to.

The enchiladas and tostadas were nothing spectacular, but the quesadilla was great. (Or was it because I’ve always loved a quesadilla and it hardly goes wrong for me?) We ended our meal with some churros. They don’t look too appetizing but a ton of carbs and fat always make a great combo in taste. =)

I want to come back for another plate of quesadilla, and will probably try the nachos and a glass or two of margaritas, which I couldn’t afford to order then because I was still going back to the office.

Until next time, happy eating! 🙂