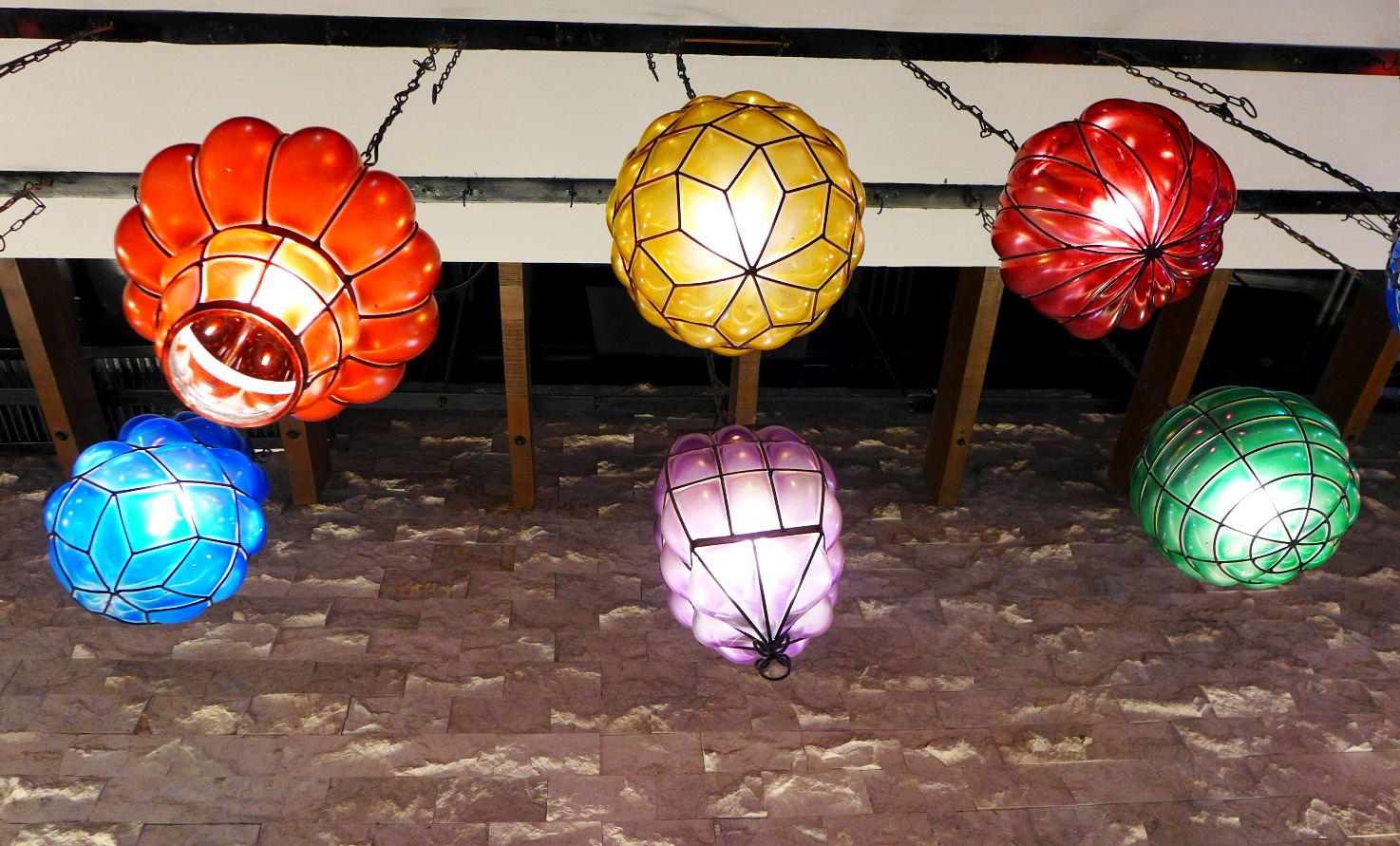 Finally, it was time to say goodbye. On my last day of work, my friends and I dined at the famed restaurant Greeka Kouzina, located at SM Aura. Though I loved the colorful lamps hovering above our heads, I found the interior dizzying in all its patterns and textures. The walls, floors and upholstery were overwhelming. Perhaps I was expecting the regular blue and white color scheme often associated with Greek restaurants, but as I later learned, Greeka Kouzina was far from ordinary.

We started our dinner with a Fig Roka Salata, a plateful of greens with candied figs and walnuts. A plate of Kalamari Tiganito was also served. Soon, the Spinach Pasta arrived, mixed with oil and tomatoes and topped with feta cheese.

The mains soon followed – roasted lamb, grilled pork chops and salmon cooked in wine. While I personally prefer lamb over pork, it was the other way this time around. The Arni Lemonato (roast lamb), which was tender on its own, lacked the deep taste I was looking for. I was never a fan of gravy, but I had to put enough of it before I could begin to appreciate the lamb. On the other hand, the Krasates (pork chops) were flavorful on their own, making it a hit to everyone (especially the boys) at the table. The Salmon in Avgolemono sauce matched the arugula on top. Its lemon sauce complemented the perfectly cooked salmon.

The Moussaka had a great balance between its cheese, meaty tomato and eggplant layers, something that I appreciated after having a very oily plate of the dish from another restaurant earlier that week.

Though I was not familiar with Greek cuisine growing up, I’ve learned to love it over time. The simplicity of its ingredients coupled with deep flavors would surely hook anyone up to its food. Greeka Kouzina definitely did not disappoint. In fact, it even raised the bar in Greek dining in the country. I certainly enjoyed their food.