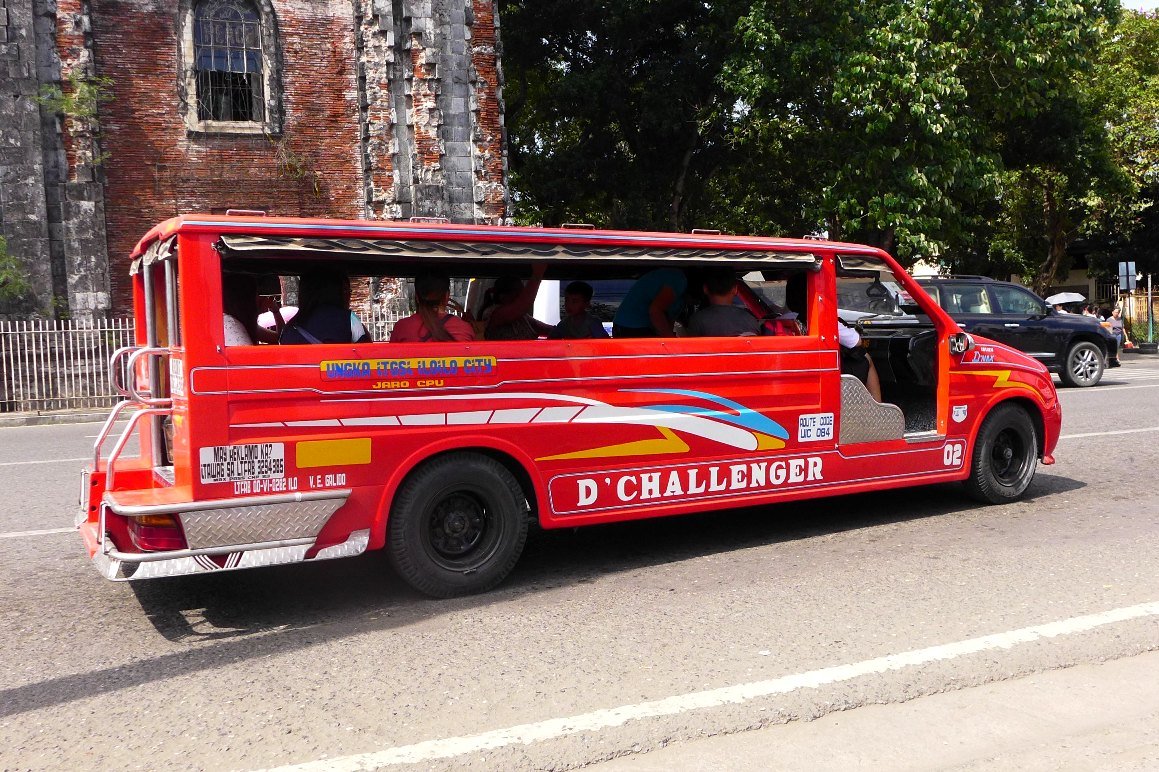 The cities of Iloilo and Roxas were both memorable, not by the sheer beauty of these places, but by the kindness and generosity of their people. In Iloilo, locals were warm even if they have only seen you for a few seconds. It took longer conversations with Capiznons to bring out their warmth, but they were friendly nonetheless. Good and cheap food were the norm: from siopao at Roberto’s, coffee at Madge’s to seafood at Baybay. It was truly a very relaxing vacation.

An extended weekend should be enough to visit both Iloilo and Roxas. I would suggest to add another day for Guimaras, which we squeezed in for half a day just to see what it’s like. If you would like to go to the beaches, definitely opt for one extra day. I could spend a few more days in Iloilo, just to sample more of their delicacies. It would surely be nice to go back once in a while to Roxas for more cheap seafood! 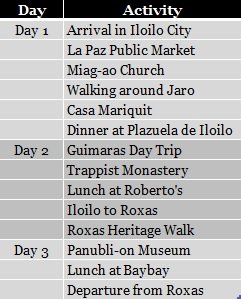 These costs represent one person’s expenses in our group of four, plus any personal expenditure. 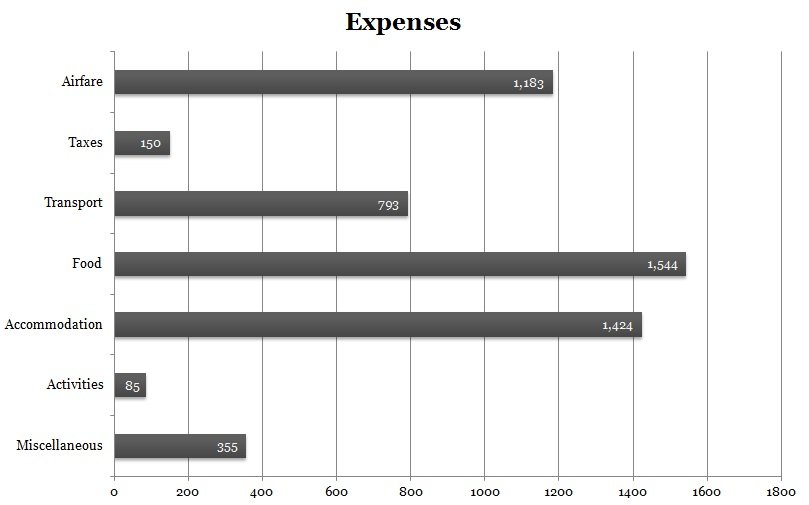 We bought some really cheap tickets through Cebu Pacific, which were only around P1300 per person round-trip. I still find it a little annoying to have to pay for terminal fees, especially that facilities weren’t nearly commensurate to what was being charged. Oh well.

I am proud to say that we never spent anything on a hired vehicle in Iloilo. It wasn’t easy not to succumb to simply renting a vehicle when travelling with seniors, but it had to be done. Iloilo was especially easy to maneuver, given the number of taxis present. However, we had to take more taxi rides than necessary because of age and health factors.

At the Iloilo Airport, we took a fixed rate taxi for P500. It was really early and I was no mood to haggle nor find the appropriate metered taxi queue. I asked for a receipt, though.

In Guimaras, renting a multi-cab was the norm. Prices were provided at the tourism office, which were of course a tad pricier rather than hailing a public jeepney. If doing multiple stops or if you are in a group, surely this is the way to go.

Roxas City was particularly difficult to navigate using public transport. Only tricycles and jeepneys plied through its streets. Capiz Cabs were barely existent. Good thing that there’s a multi-cab passing through Baybay Beach and that the hotel provided a free shuttle service to airport.

In spite of food being the main driving force of this trip, our meal expenses didn’t go out of hand. Cheap food went hand in hand with great food. I particularly loved the coffee at Madge’s (or even at Coffeebreak), the siopao at Roberto’s and the seafood in Roxas. Do not miss those!

In Iloilo, we stayed at Circle Inn, which was a mere 10-minute walk to the jump-off point for Guimaras. It was also very close to the old city center, where heritage buildings could be found. Taxis were easily available by the entrance. Service was good, and the rooms were adequate. The rooms could do with a touch or so of paint, but at P1000 per room a night, it was more than enough.

In Roxas, we stayed at Roxas President’s Inn, which had a beautiful old world interior. The hotel was located right at the center of town, which enabled us to explore the city on foot. The staff were nice. The room was surprisingly renovated, unlike the photos shown on their website.

We barely spent anything on activities since it was more of a food trip than anything else. The amount listed here was representative of the entrance fee for Casa Mariquit and Panubli-on Museum donation.

This portion indicates the amount spent mostly on souvenir refrigerator magnets and food items bought from the Trappist Monastery that were later enjoyed at home.

It was a very short vacation indeed, yet it was great. I deem it best to not have expected much from this trip, because it was in the little surprises that made this journey worthwhile. Now I can’t wait to go back!