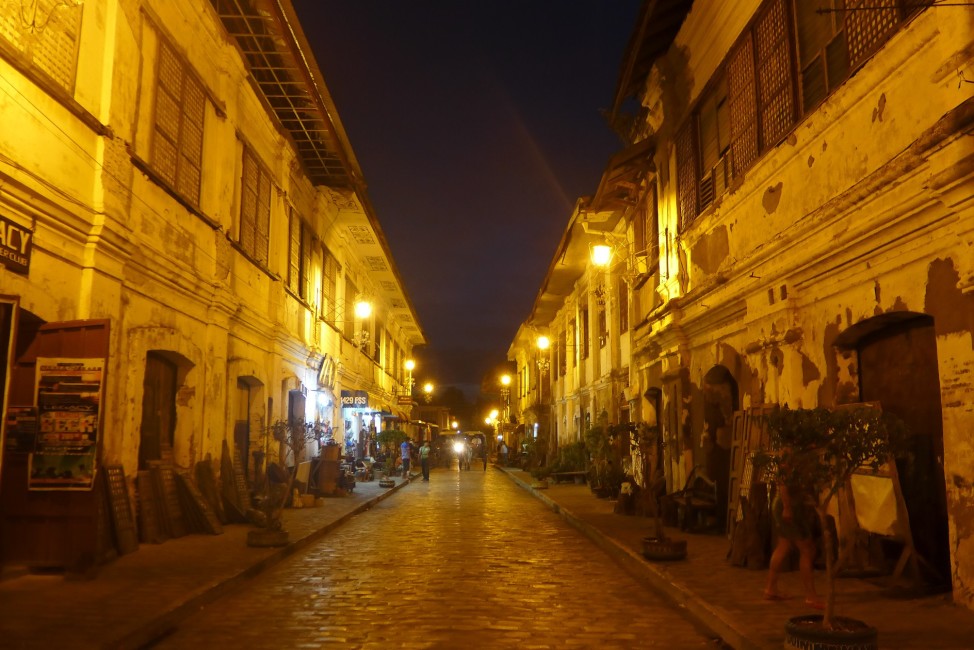 As with any visit to Ilocos, the most recent one entailed a stopover in Narvacan, my father’s hometown. Here was where I spent most of my childhood summers in, and here was where my paternal grandparents were buried. We left after lunch for Narvacan, passing by the scenic route in Bantay and Santa. I must say that a lot has changed since my last visit in 2011 – there are now more houses and establishments.

We passed by Banaoang bridge, one of the landmarks in Ilocos Sur back when I was a kid. The old bridge is no longer used – there’s a new one already built, but tourists could pull over near the old bridge to take photos.

When we got past Sulvec, where a grotto is situated by the sea, I knew we were already near our destination. Soon, we were at my grandparents’ home. A few minutes after, we headed to the cemetery to pay respects to our dead relatives.

We proceeded to Vigan, the capital of Ilocos Sur, after our quick visit to Narvacan. It was almost 4 in the afternoon when we reached Vigan, and headed straight to Father Burgos Museum. Entry fee is minimal at 30 pesos, and you would be given a guide to bring you around. First, we were taken to this Ifugao showroom (I still don’t get why they displayed these artifacts when Ifugaos are different from Ilocanos), and found myself horrified when I saw a skull in what appeared as a primitive casket.

Next, we were taken to a gallery of the great Ilocanos who served the country. Here was also a sample of the garrote, the method of death suffered by Padre Burgos. We were then led upstairs, where the domestic life of the priest is showcased. We were shown his room, with his very own altar, as well as the master bedroom which was converted into a gallery of various Christian mementos. After which, we headed downstairs where fishing and farming materials were shown.

We left Padre Burgos Museum for Plaza Burgos, where they sell the famous Vigan empanada. The place was filled with people, and you would have to wait for a table to be get vacated. We ordered special empanadas (P35 each) to try. The difference between the special and the regular one is that the former has Vigan longganisa and it is bigger, hence the difference in price. When our order arrived, we heartily dug in. Disappointingly though, the special empanada doesn’t contain much longganisa – you could hardly taste it! We went for a second round, but ordered regular empanada (P5 each). I actually liked the second one better – and I’d gladly savor the longganisa as a dish on a different meal. 🙂

We dropped by the St. Paul Cathedral before heading to our next stop: Tiongson Royal Bibingka. Unlike the bibingka in Manila, the one in Vigan is sticky. It’s one of the things I miss about Ilocos, that’s why I made sure to make a stop here. There are a lot of royal bibingka sellers currently, but I favor Tiongson more than the others – I guess because it’s the brand I grew up with. This also the beginning of our Calle Crisologo walk. 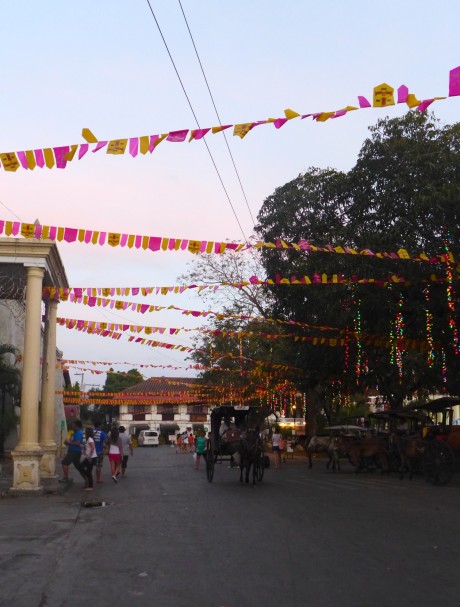 Calle Crisologo is perhaps the most famous of all of Vigan’s attractions. It’s that street where houses were preserved to render the city its old charm. These were later on converted to shops selling souvenir items, antique furniture and even food. It was already past sunset when we walked the strip, yet there were still a lot of kalesas at play. I hated how you cannot walk ten meters without worrying whether you’re at a horse’s route. And have I talked about how crowded it was? The sidewalks were not only filled with people, but also with products on display by the merchants. 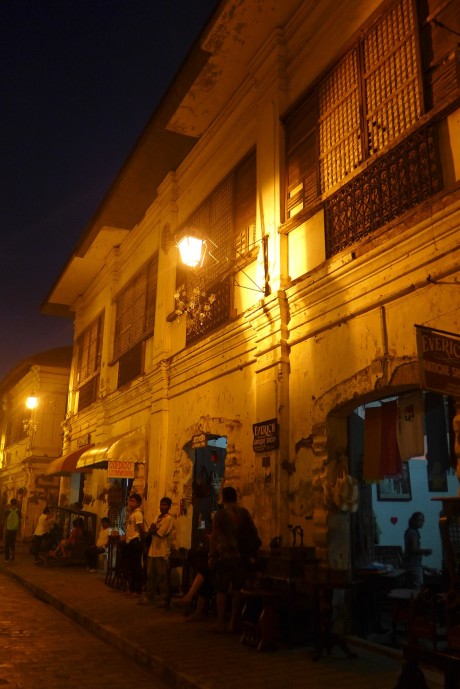 The place was lovely, but it could have been lovelier. That was what I was thinking at the beginning of the walk. As we moved farther, the crowds thinned and the encounter with the horses grew less frequent. That’s where this famous street showcased its true beauty to me. If you’re staying overnight in Vigan, I suggest you walk around here late in the evening, so as to avoid the multitude of people and horses. Upon reaching the end of the alley, we headed back to the vehicle and made our way home to Sinait.