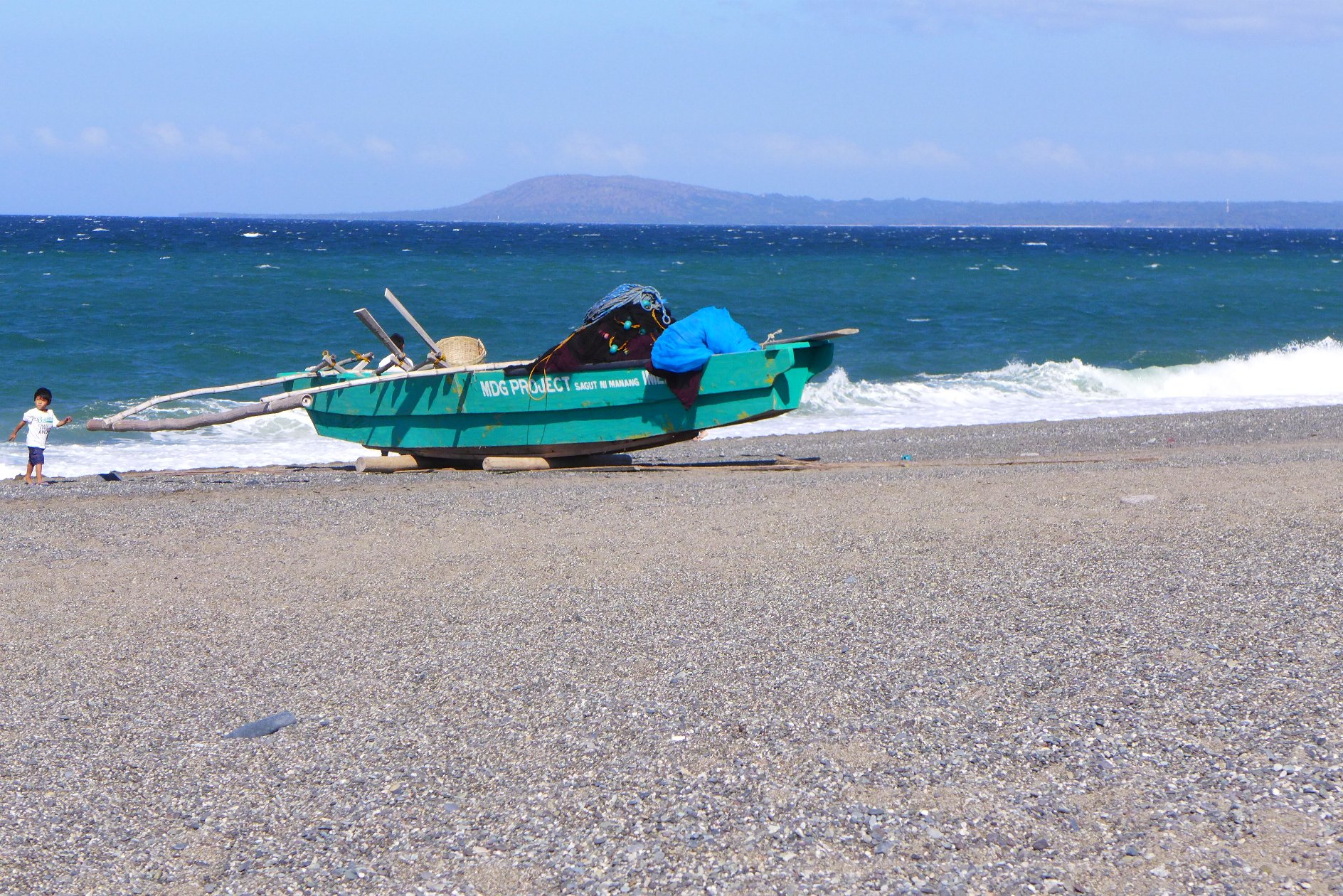 Last weekend, I was fortunate enough to finally revisit my parents’ hometown in Ilocos Sur, one of the northern provinces in the country. It was a long weekend here in the Philippines due to the celebration of the Chinese New Year, and I gladly took that opportunity for a long weekend getaway.

We departed Manila at 10.30 on Thursday night. Lucky we had reservations for the bus, otherwise it would be gruelling to be chance passengers on the eve of a long weekend. It was a long 8-hour journey to Sinait, Ilocos Sur, my mother’s hometown and our base for the entire trip.

We started our first day with a trip to Ilocos Norte. Sinait is the last town in Ilocos Sur, which gave us easy access to the northern part of Ilocos. We first visited Paoay Church, one of the four baroque churches in the Philippines hailed as a UNESCO world heritage site. While I’ve been here before, I never got the chance to see its interior. A lot has changed in its surroundings. While it was seemingly a sanctuary never visited before, it is now a major spot loaded with tourists and surrounded by commercial establishments. The interior? Well, I was quite disappointed with how bare the inside is compared to its exterior.

Our next stop was the Malacañang of the North. This summer residence built by the Marcoses is situated across Paoay Lake. Like all Marcos’ projects, it was nothing short of grand. Wide paneled floors and beautiful furniture fill the mansion. On the ground floor was a replica of President Marcos’ office, as well as a showcase of the various infrastructure projects he undertook while in office. A more domestic life was shown upstairs – the living spaces and the sleeping quarters. My favorite part of the house was the verandah overlooking Paoay Lake. I wanted to sit on the botaca and have a taste of the good life.

Next, we went to San Nicolas to have lunch. I did not intend to try local dishes in the restaurants, since my mom usually cooks Ilocano dishes at home, and I hate tasting Ilocano dishes altered to suit the tourists’ palate.

We continued our journey and passed by the Sinking Tower of Laoag. I fell asleep in the vehicle while in transit to our next destination. When I woke up, there were a lot of biscocho loaded in our vehicle. Apparently, we passed by the town of Pasuquin, famous for its biscocho. I like the soft one better than the hard one, but both were treats and must-tries when you visit.

We finally arrived in the town of Bangui, known for windmills spread along coast. When I visited Ilocos Norte before, these windmills weren’t built yet. We first stopped at the viewpoint where you could see the windmills at a distance, then decided to go nearer to where it actually stood. These giant power sources towered over me as I approached the sea. Their blades never ceased turning, and it was fascinating to be this close to windmills in action.

After this, we headed back to Sinait, but our journey didn’t stop there. On the way back, we decided to stop by Cape Bojeador, where a lighthouse still stood tall to this day. Unfortunately, you cannot climb the lighthouse anymore, depriving you of the picturesque view from up above. It was also disheartening how neglected this tourist attraction seemed to be – the mini museums are now closed, some railings are now gone, and most walls are now dilapidated.

Our final stop was Badoc, the neighboring town of Sinait. Here was Juan Luna’s Birthplace. We were lucky to be accommodated by the museum manager, in spite of arriving past the closing hour. He discussed The Parisian Life in great detail, as well as Juan Luna’s personal life. He also toured us around the house where the said painter spent his first four years of life.

As the sun began to set, we found ourselves still on the road, trying to get to this newly-built chapel by the sea. It took us a while to get there, but it was nonetheless spectacular. On the outside, it resembled Lindo Locsin’s U.P. chapel, except that this wasn’t round. I loved how the chapel incorporated native materials, as though you were being embraced by nature as you sit down and pray.

We then called it a day, and savored the fresh fish we bought on the way back home.

Until next time..happy travels! 🙂

Here’s a list of other destinations you may visit while in Ilocos Norte. (I was fortunate to visit Ilocos again, this time visiting most of the places listed below.)

Batac – Home to the Marcos Mausoleum and Museum. There’s also the Batac empanada to try.

Paoay – Go on an exhilarating 4×4 ride in the sand dunes.

Pagudpud – Claimed to be the Boracay of the North, with its powdery white sand beaches.