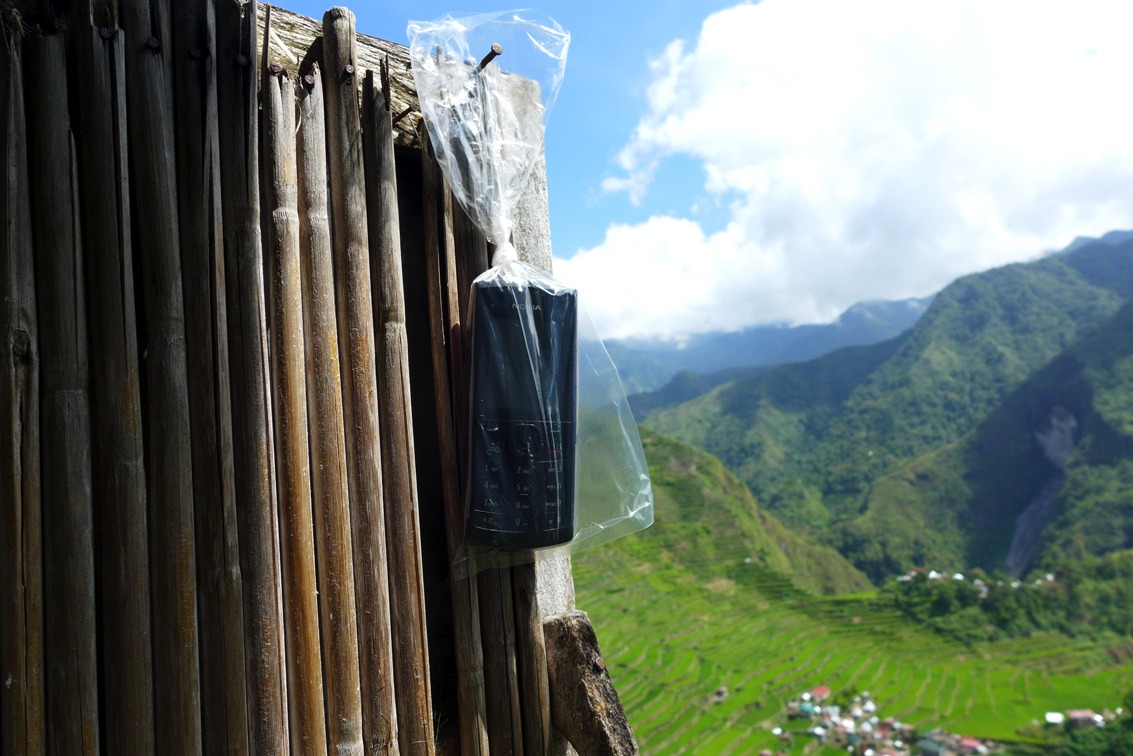 “Give Me Back the Menu.”

Exhausted from our day’s trek and underwhelmed by the food served in the restaurant of our guesthouse, we decided to give a different inn a try. Simon’s Inn was the place to be, since we’ve seen several reviews about it before arriving in Batad.

Thanks to the blackout, we had to navigate the village through our flashlights, making yet another series of ups and downs. The sky started to cry silently and without rage. Unfortunately for us, Simon’s couldn’t accommodate another group of people anymore. We settled to the restaurant nearest to us at that point, Rita’s Inn.

Candles sprung everywhere to illuminate the dim restaurant. Large moths soon began encircling the flame. It would have been fine, except that the moths sometimes shied away from the flame and were attracted to us instead. We were distracted in reading the menu, until the waitress arrived to get our orders. We gave a couple of orders first while still browsing through the menu.

Maybe it was taking us too long, since she snapped and said, “Eto lang? Tatlo lang? Patayin na natin yung kandila. Akin na yung menu.” (“Just this? Just three? Let’s blow the candles. Give me back the menu.”)

I was taken aback. Never in my life have I been treated that way. My friend complained and told her that we were still deciding, and the fuming waitress assigned a boy to take our orders instead. She went ahead and spent some time chatting with the foreign guests.

Soon, the lights came alive as the power was restored. Finally, the moths were gone. The waitress became more gentle to us. I wasn’t sure if she was like that because of the moths, or because we gave too few orders at first (we ordered a lot after she was gone), or because we weren’t foreigners. I couldn’t understand what was wrong, but was glad that she finally managed to be kinder to us before we left.

Note: When I told the story to my parents, they told me that the Ifugaos have a way of making you feel that they’re angry, yet they actually aren’t. In spite of having their voices raised, they actually didn’t have anything against you.

“Lend her your cellphone.”

The next day, I had to go back to the tourist office since that was the only place in Batad supposed to have some cellphone signal. I needed to tell our driver to pick us up from Batad Saddle.

To send a text message in Batad, you need your phone, a plastic bag and a hook where you could hang your cellphone. There is no cellphone signal in Batad, and it is intermittent at best. So, you have to send your message, hook your phone up, and wait until the text message gets sent.

Luckily, the tourism office is a spot where the locals gathered. Young and old people shared stories on that place. I was fortunate to speak Ilocano (and thankful that they speak Ilocano as well), so I was able to finally communicate with them without feeling hostility from their side. In fact, that short stay at the tourism office proved to be one of the highlights of my trip.

An old man took pity on me and asked a few locals to let me text on their phone. Apparently, my low-tech smartphone was too high-tech in Batad. They claimed that only basic or China phones could send messages. I was thankful for the kindness and generosity they showed me, even allowing me to enter the office and providing me a seat, and offering me more than one cellphone to use.

The text message finally went through after I spent a few minutes at the tourism office. It was probably one of the best places to marvel at the rice terraces.

I lingered at the office for more stories and for another chance to send a text message. Three foreign visitors arrived, asking the directions to Cambulo. Just when a guide was pointing them the beginning of their journey, one staff from the office spoke to him in their dialect. I didn’t understand what the words meant, but I knew that he was stopping the guide from helping the visitors. The staff then told the foreigners that a guide was necessary, but the visitors argued that they just wanted to wander on their own. They just needed the jump-off point.

I left feeling disappointed. Sure, I understand that showing the way is their livelihood, and I would have easily shrugged the incident off had they wanted not to help out. Yet, there was someone willing to help out, but they made him not to. That was beyond my comprehension.

2 thoughts on “Local Encounters in Batad”