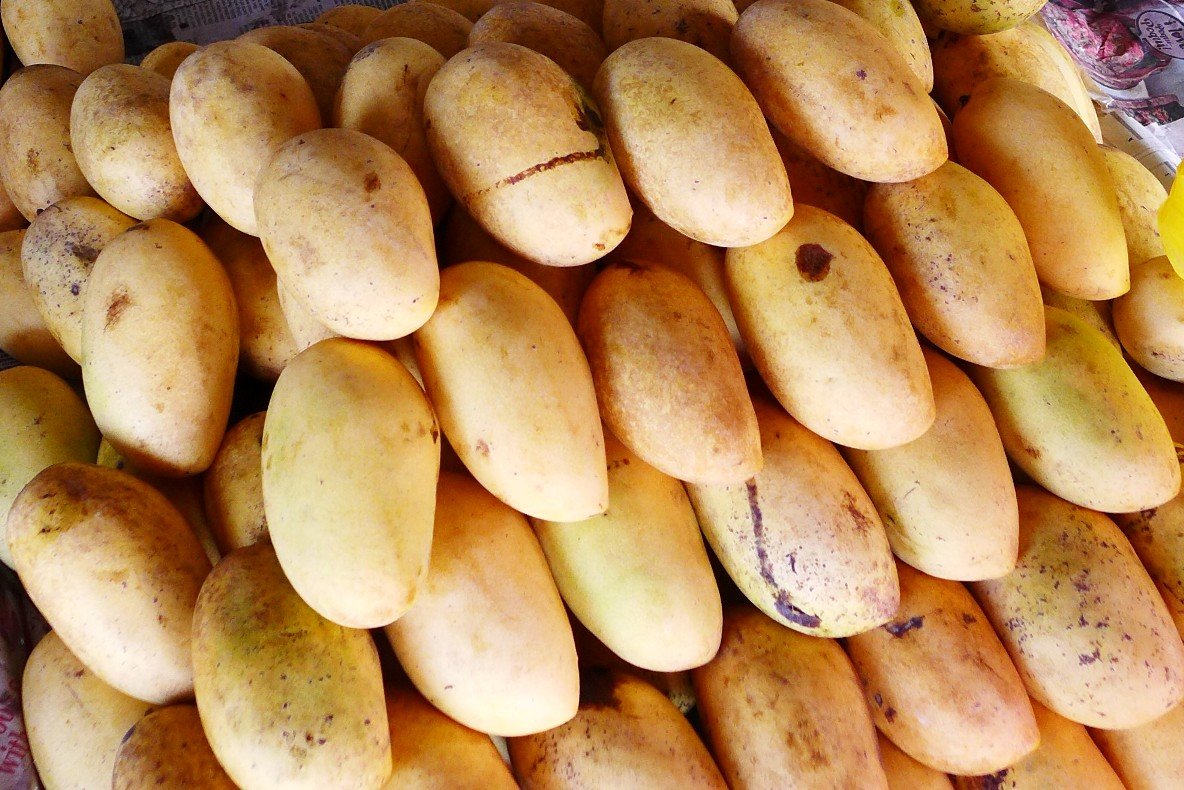 I was ready for another day of food tripping when, lo and behold, my folks had other plans. A lady in Casa Mariquit offered her advice to visit the island of Guimaras. Her justification? The island was just a fifteen-minute boat ride away, and the port in Iloilo was less than half a kilometer from where we were staying. We were convinced.

We set off early in the morning as we wanted to be back around lunch time. True enough, it only took us ten minutes before we got to the port, where rows of giant bancas (motor boats) rested upon the narrow footpath. Before even walking towards it, we were asked to buy tickets from the office. Next, we had to jot down our names and other relevant information for the record of the Coast Guard. Finally, we had to surrender our reusable tickets to the crew before we were finally allowed to hop on board.

It was a clear day, perfect for making another side trip like this. As we drifted away from Iloilo’s shore, we could see how expansive the city was. A port for larger ships rested on the city’s eastern shore, while a colony of small residential houses occupied the southern side. The boat ride was very short, not even fifteen minutes, and we were ready for Guimaras.

As we disembarked, swarms of drivers and guides asked us whether we’d like a tour. Unfortunately, nobody in our group spoke Ilonggo, so we had to head straight to the tourism office. The guy there was helpful, showing us the registered rates of different modes of transport to various destinations.

Just a turn away from the port, we saw the tiniest Rizal Plaza. Not exactly much, but the locals seemed proud of its record. Carrying on, we thought we were just navigating another rural province in the Philippines, but much to our surprise, four-lane highways were the name of the game. To me, it was so much like Siquijor in landscape, but it proved to be a lot more progressive. Even arriving at Jordan, the provincial capitol, we were shocked to see a town center so vibrant, as though it wasn’t on a tiny island.

Then the mangoes came. First, they came as trees: a mango plantation just by the roadside. Rows and rows of mango trees stood just behind a curtain of other towering trees that served as its fence. Its part of National Mango Research and Development Center, an agency of the government aimed at efficient mango production.

As our hired vehicle made a turn, we suddenly realized that we were already at our destination, the Trappist Monastery. The church had a very humble structure, but definitely felt very solemn. This came as a surprise since we weren’t tucked in the middle of nowhere; we were just a few meters away from the highway. Before leaving, we spent a few minutes in the gift shop. Here, mango was infused in some of Iloilo’s favorite delicacies: biscocho, piaya and barquillos. I took a shot at mango barquillos, which didn’t prove to be a great combination unfortunately.

Before we bid goodbye to Guimaras, we surely had to sample their fresh mangoes. The stalls were few and far in between since mangoes were no longer in season. We only bought a few pieces to try, but were surprised at the P110 per kilo price tag. Oh well, we wanted to try Guimaras mangoes after all.

Oh, I know I’ll be back, Guimaras. Can’t wait to see your beaches next time!

P.S. Here’s a list of transport rates for those intending to visit Guimaras. Hope this helps!