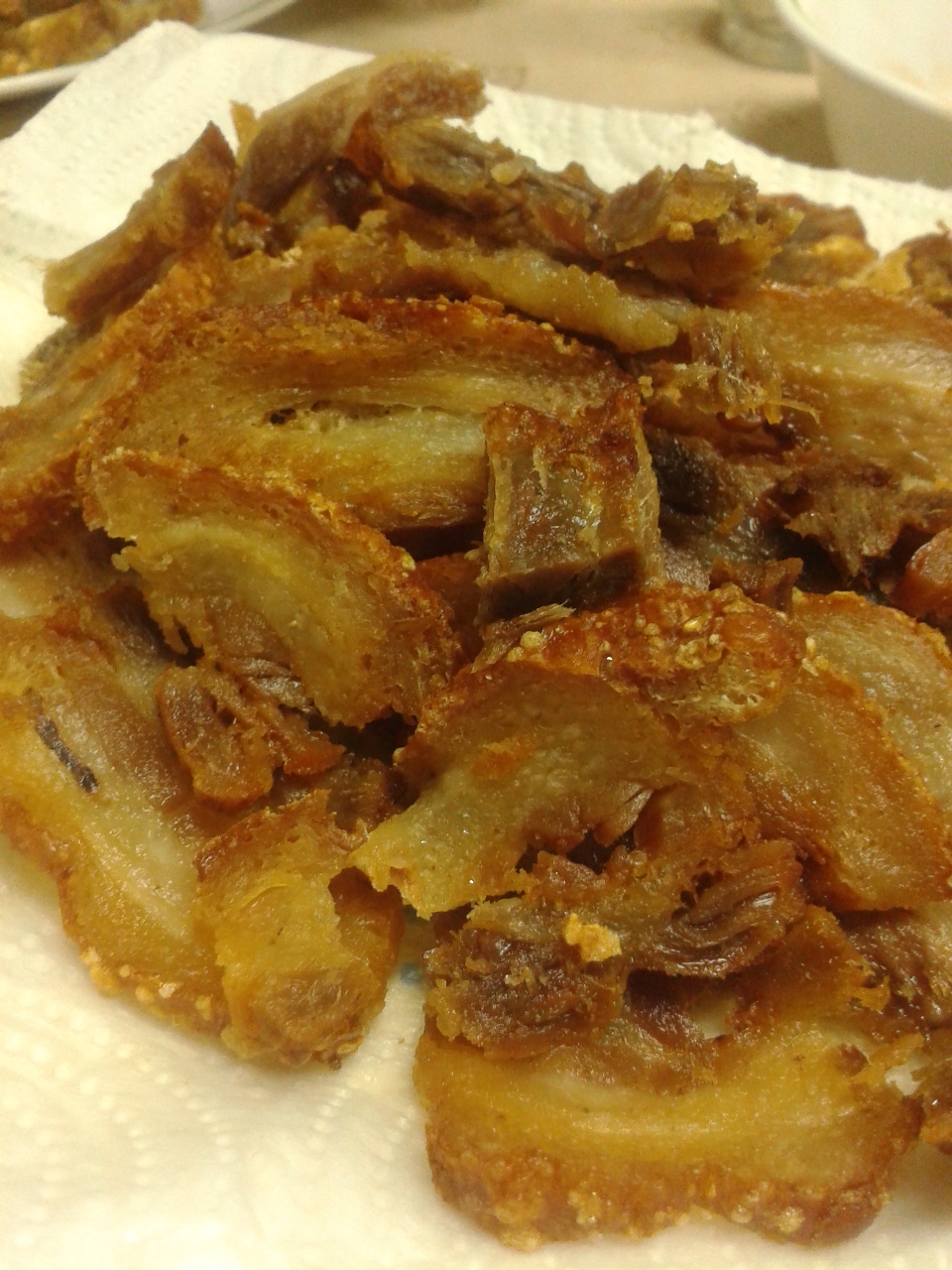 Having spent most of my childhood summers in Ilocos, and having brought up in an Ilocano household, I must say that I’ve had my fair share of Ilocano dishes. Some of which I absolutely love, the others not so. After my recent visit in Ilocos, I figured it would be nice to compile a list of dishes that visitors should try. Here’s the list:

A concoction of eggplant, okra, tomatoes, and ampalaya, with its flavors intensified by the bagnet and bagoong makes this dish truly Ilocano.

A soupy vegetable dish made from any mix of vegetables, typically of string beans, okra, ampalaya, or eggplants, along with grilled or fried fish.

Yes, that famous snack in Plaza Burgos in Vigan or at the Empanadahan in Batac, filled with cabbage and longganisa. Pretty much all towns in Ilocos sell this already!

Warning – this may sound gross. This is a dish made of the pig’s internal organs, whose broth is flavored by the pig’s bile. Sounds yuck? It’s yum!

Almost like sinanglaw, minus the bile, plus spring onions. Typically served at breakfast.

A twist to the regular grilled pork – it’s pork belly plus liver plus ears, covered in pig’s brain. My American cousin almost puked as my late grandmother explained what he was eating!

Fish, rather small in size, but a hit for Ilocanos! It’s available only during certain months of the year. This is also my least favorite Ilocano delicacy.

An Ilocano’s version of an eggplant omelet. It’s chopped eggplants sauteed in tomatoes and onions, then the egg is added in.

A favorite pasalubong of all time – the Ilocano version is sticky and sweet. Try Tiongson’s from Vigan.

Best from Candon. It’s also sweet and sticky, but thin. It also has a coconut taste.

A New Year specialty (but can now be bought anytime). It’s a native delicacy that’s sticky and sweet, made of coconut and peanuts.  Get the bamboo version if you can, but get the leaf version if you are in Currimao. Currimao’s leaf tupig is delicious!

Have fun trying out these dishes! Hope you all like them when you visit Ilocos.

P.S. Feel free to add something on this list by commenting below. Cheers! 🙂

3 thoughts on “Eating Your Way in Ilocos”