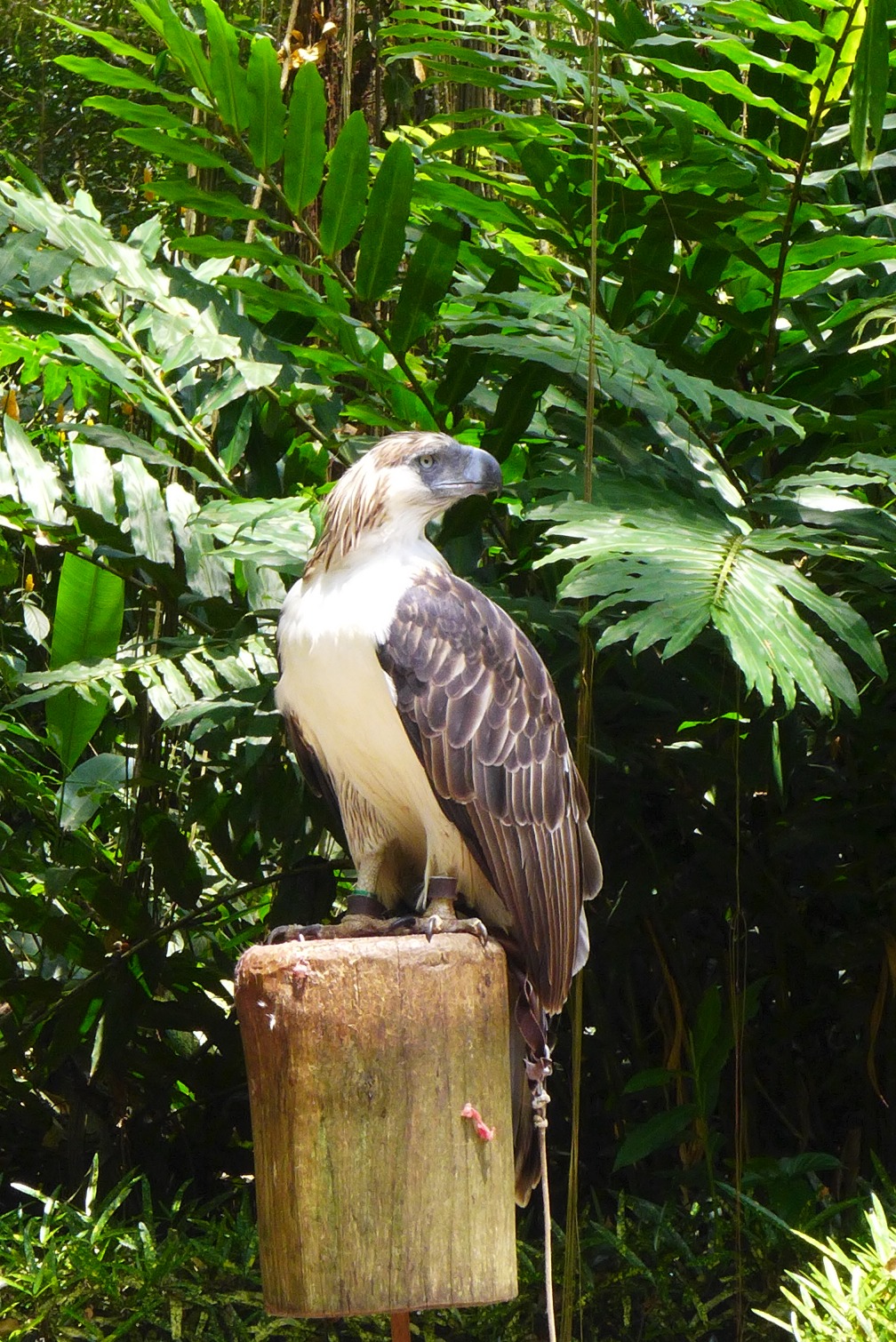 The road from Malaybalay to Davao wasn’t too long. In fact, it spanned less than 200 kilometers, yet the travel time was around five or six hours according to the locals. Given this, we had an early headstart so we could afford to make stops along the way.

After having a big breakfast in Valencia, we headed to Musuan, a part of Maramag municipality famous for being a university town. Along the highway, you could actually see the Musuan Peak, a famous destination for mountain climbers.

We stopped first at the Philippine Carabao Center at the Central Mindanao University, where byproducts of carabaos are sold, including milk, ice cream and pastillas. Chocolate milk is said to be their best seller, but it was sold by the liter only. Since our stomachs were full, we opted for theor durian ice cream instead.

Let me tell you this – their durian ice cream was simply the best. I expected a mediocre flavor, yet it was rich, creamy and full of durian bits. Don’t miss this!

Next, we headed to the Central Mindanao University Campus, where we got to see the region’s premiere state university.

A long, scenic route ensued thereafter. The landscape changed from agricultural land to rolling hills, and we were soon making twists and turns like we’re going up to a plateau. We stopped at a viewpoint where you could see the picturesque scenery on your own time. Only at this point did I get why people claim that Bukidnon being so beautiful. It really just is.

Pine forests soon sprawled and cellphone signals became intermittent. We were alone in the road, and soon were being stopped by the military. Yes, there were several checkpoints that we had to subject ourselves to, and I wondered whether many rebels were plying this route. The checks were just short, but it somewhat crept me out.

Anyway, we continued on our journey and saw the giant eagle statue: we were already near Davao!

It was already around lunch time when we arrived in Calinan, a part of the city about an hour away from the center. Calinan is home to the Philippine Eagle Center and Malagos Garden Resort.

We headed to the Philippine Eagle Center first. I initially thought that it would just take a few minutes to roam around, but the area was big. A guide would escort you around, explaining the different species of eagles. In due time, we met face to face with the Philippine eagle, or the monkey-eating eagle. 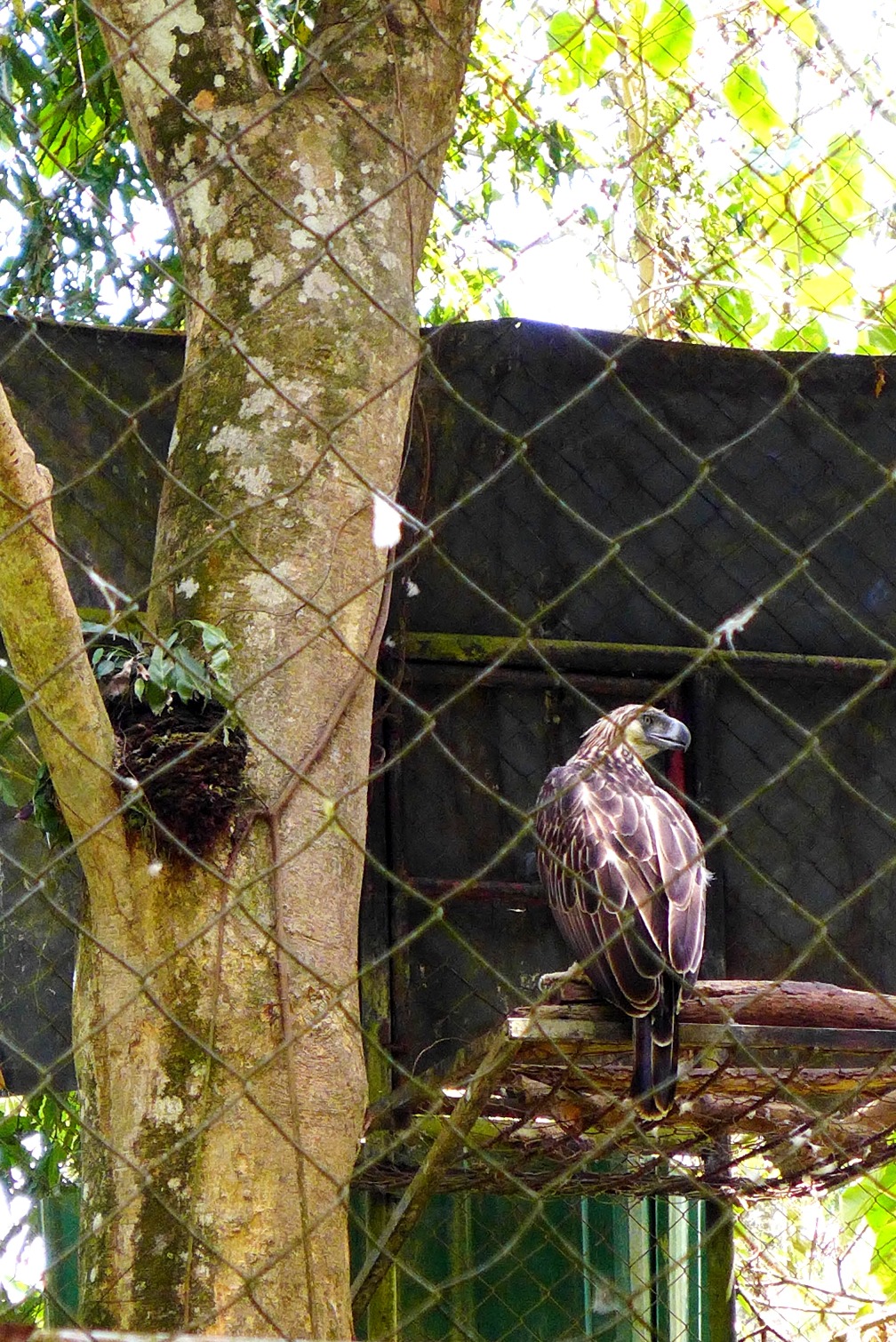 Finally, we had a late lunch at Malagos Garden Resort. For only P225, you get a four-course meal. It was really a bargain, and the food was delicious too! The only thing I didn’t like was the absence of air-con inside the resto, especially that it was super hot in Davao.

After the meal, we were brought around by a guide. First, we headed to the aviary where you can feed the birds. It was actually my first time to feed birds, so I was quite scared of their beaks and claws at first. They all turned out to be behaved.

We were then brought to the mini zoo, where they house a peacock (who was showing its tail off at the time we got there), an ostrich (it was my first time to see one) and a mini horse (I don’t know if there’s such a thing but they call it that).

Afterwards, we went to the butterfly garden, where they released a whole bunch of butterflies that were just hatched.

I was simply amazed by the beauty of this place. It was elegantly landscaped and it showcased tropical plants. No wonder, though, since the owner of this place also owned Puentespina orchids. I also loved that they incorporated outdoor sculptures, and ones made by national artist Napoleon Abueva at that.

We left content, and made our way to the bustling city of Davao. More on that next time. Until then, happy travels!