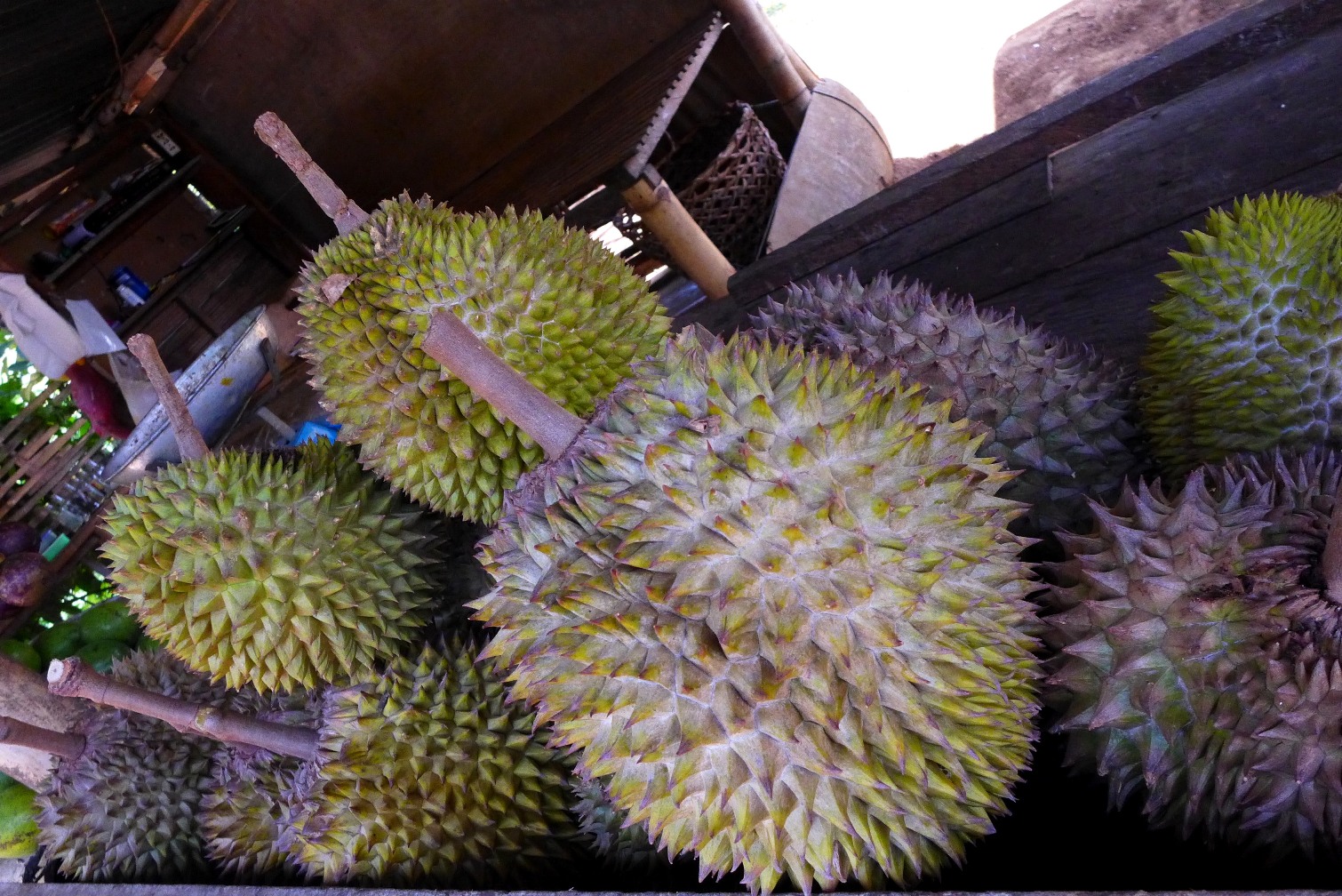 On our last day in Davao, we headed to yet another communion with nature: Eden Nature Park in Toril. Since it was early, the roads weren’t as congested as we have grown accustomed to, but the speed limit severely crippled our capacity to reach our destination earlier. If you are headed to Toril, I suggest that you get up really early so you could see the entirety of the majestic Mt. Apo. This mountain is the tallest in the Philippines.

After a long uphill road, we found ourselves at the entrance of Eden Nature Park. It was a good thing that they were accepting walk-in visitors, as we made no reservations (I thought it was unnecessary). Apart from the entrance fee of P200, you’d have to shell out another P120 for a vehicle to bring you around the park grounds.

The shuttle tour consists of three stops. The first was the flower garden, where different varieties of flowering plants blossomed in the fertile soil. Along the way to this place, we passed by the deer park, a mangosteen plantation, and  a greenhouse featuring hydrophonics. Nearby was an ampitheater, a venue rented out for events.

Houses on stilts were our next stop. This gave us a peek into the native tribes’ lives. In addition, they built a cave-like structure to showcase the deities prayed to by the natives. 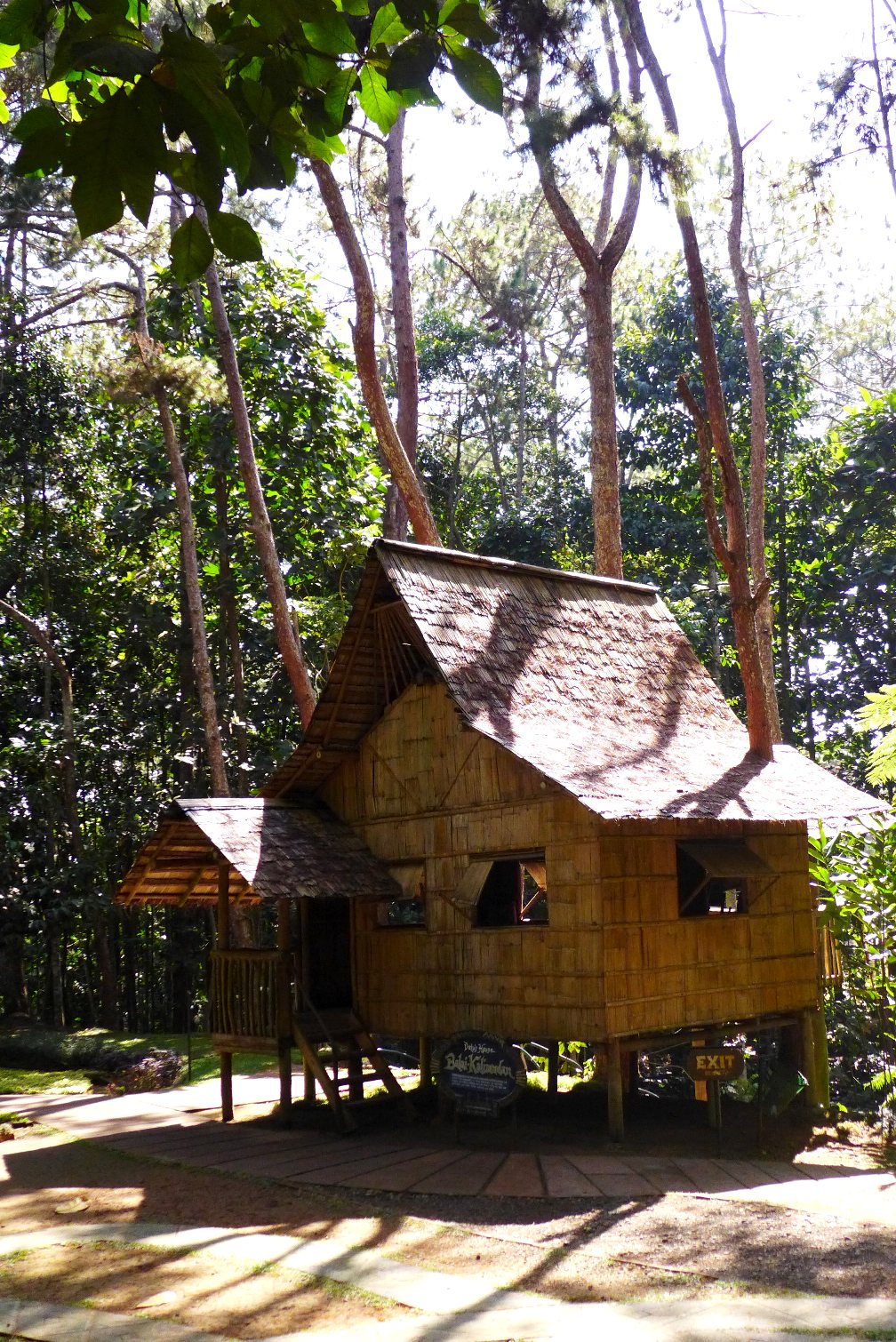 We passed by a dragonfruit plantation and an herb garden on our way to the last stop. Here stood a native hut, where one can lounge and stare at the vast sea ahead. I have lost my sense of direction then (I couldn’t figure out why I’m seeing the sea), yet if you would need some solace, this place surely wouldn’t disappoint.

I would say that the shuttle tour did not live up to its price. The shuttle tour was very short – only about an hour or so. The destinations were quite few as well. If ever I would do it again, I would bring some shoes ready for trekking and walk my way around the area. That would have been a better experience. 🙂

Our visit ended with a complimentary snack in the cafeteria. The serving was not only large, but the food was also sumptuous.

Feasting on Fruits along the Road

No trip to Davao would be complete without munching on its local fruits — mangosteen, pomelo, marang and durian would top the list. We dropped by some fruit stands on our way back to Davao, and ate some fruits right there and then. It was the first time I tried marang, another stinking fruit, yet was pleasantly surprised by its wonderful taste. While I can tolerate the smell of durian, I do not find it as good as marang. Mangosteen was just too sour to my liking.

Eat fruits as much as you can while you are in the city. You cannot bring the smelly fruits home (unless you ship them as cargo). I would also suggest against buying Davao pomelo from the stalls on the way to the airport as they are very expensive! They’re even pricier than in Manila.

We proceeded to the airport for the worst airline experience I had thus far. It was a harsh ending to our otherwise fun-filled week-long journey.

2 thoughts on “A Day Trip to Eden Nature Park”