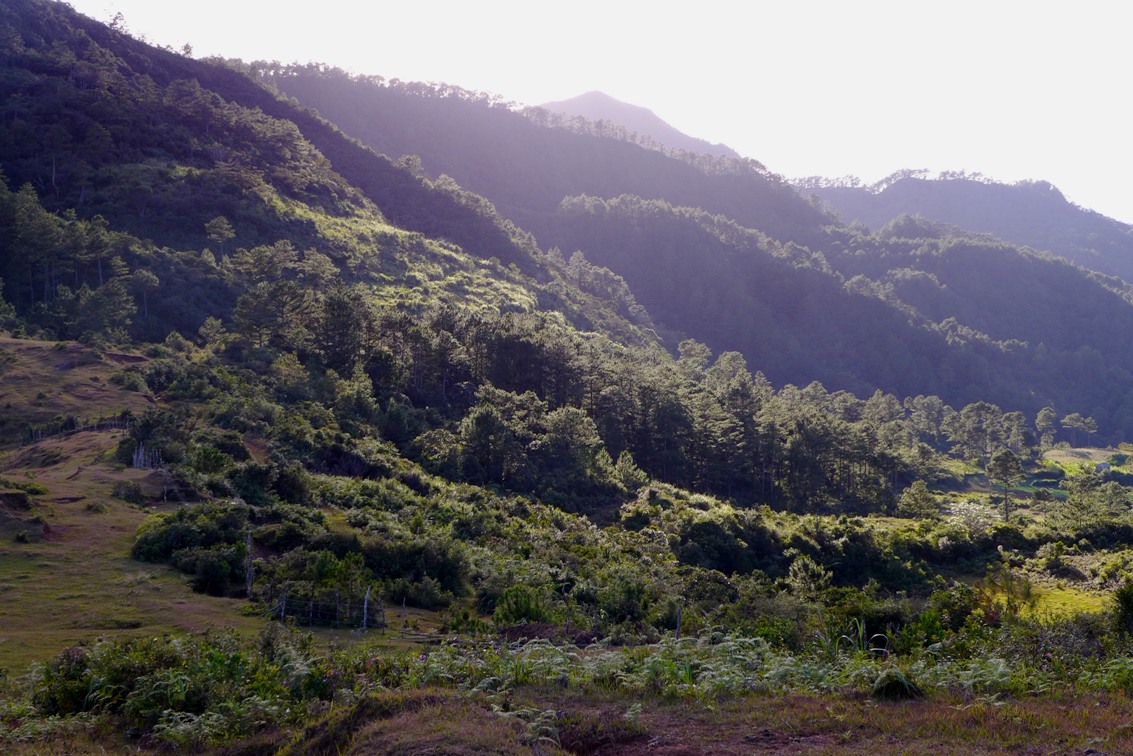 A butt-busting ten hour bus ride and another 2.5-hour jeepney ride were enough to exhaust our bodies, but these could never tire our spirits. We were, after all, in Sagada.

Sagada is a town in the Mountain Province, tucked away in the Cordilleras. Though remote, tourists have began flocking the town, thanks to its cooler weather and the cacophony of adventures it offers. If you have not yet known, Sagada is famous for spelunking. But not everyone in our big group of twelve wanted in, so we spent the afternoon pursuing varied interests — some went caving in Sumaguing Cave and others indulged in a tour around town. Me? I went climbing.

Sagada is home to Mt. Ampacao, a mountain standing at 1889 masl. I did not know much about the technicalities of the climb, but I knew I wanted to do it, by hook or by crook.

It was the first time I ever went climbing solo. Not that I had any extensive list of mountain ranges to boast, and technically I wasn’t doing it on my own. I had to hire a guide; it was much needed since I was planning to do a traverse from Mt. Ampacao to Lake Danum.

I was grateful that I can speak Ilocano, the second most widely-used dialect in Sagada, so I could easily converse with the guide, but I have to admit that I wasn’t too keen on being with a total stranger in the woods. Our trek initiated from the tourist information center, where I asked and re-asked whether it was safe to partake in such an endeavor. My guide and I followed the paved road where the vehicles ply. In just five short minutes, you could already see an overlooking view of Sagada. We took a shortcut along the steep steps uphill and continued along the concrete road, until a vehicle stopped for us. 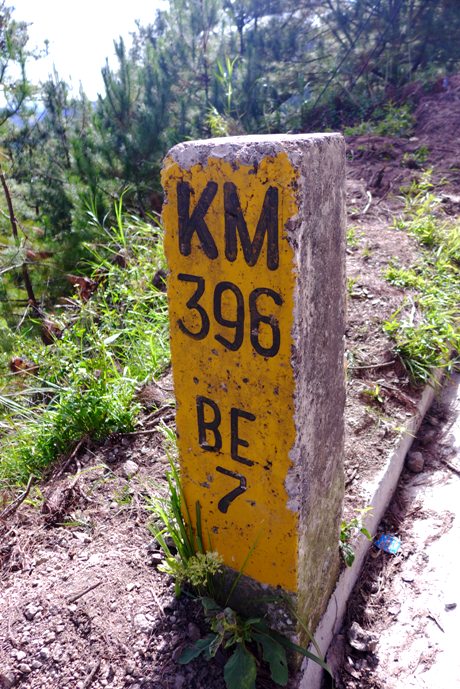 I suddenly found myself sitting in a van with five complete strangers, eight including the guides and the driver we had. It was my first time to hitch a ride and it was great. Short though it was, I was able to meet new people along the road. We reached Lake Danum, and only then did I learn that we were doing the traverse in the opposite direction — starting from Lake Danum and ending in Mt. Ampacao.

We left our new-found companions at the lake, where they would watch the sunset, and continued on our journey. Just a few minutes in, the visible path was gone. It maybe only known to locals, because much of it were covered in grasses and plants. The pine trees were scarce at first, then it began thickening as we walked farther. We stopped as the Tirad Pass came into view — that tiny pointy thing out in the horizon.

We continued trekking into the mountain, with me asking occasionally (okay, maybe frequently) for a rest because my lungs could no longer keep up with the strenuous task. Sometimes, I would even stop pretending to take photos, because I was too shy to even admit that I couldn’t proceed anymore. Whenever I asked whether we were there yet, my guide would simply say that it’s still far. “You shouldn’t think about the distance, just enjoy the journey.”

We kept going up and down the mountain, while talking about the life in Sagada and the mountain, until we finally reached what some people call the “ranch”. It was empty; I had it to myself. This somewhat summit wasn’t spectacular, but yes, I was happy. In the mountains, you’re free from the stresses of life. I realized that I was finally alone for the first time in months — something that has been a rarity lately. (Not that I’m complaining, but me time is essential to one’s sanity.)

My guide planned on watching the sunset at the ranch, but then, I wasn’t too comfortable with the idea of being up in the mountains in the dark with someone I barely knew, so I opted to go down after a few minutes of rest.

The trek down was quick, but boy it was steep. It was only then that I appreciated my guide’s foresight to do the trek in reverse. After all, I might not have finished before sundown otherwise. When we reached Ambasing Elementary School, I knew it was just about half an hour’s walk to the town. I took my time finding my way back to the guesthouse — cherishing the views of sunflowers growing with the pine-wood insulated houses, admiring the centuries-old rock formations and taking mental notes of the various restaurants open for business.

It was a great day of adventure. 🙂

Some notes in climbing Mt. Ampacao

1. A guide is not necessary in climbing Mt. Ampacao, but be forewarned that the trail isn’t clear in some areas of the traverse. If hiring a guide, you can get one from the Tourist Information Center at the rate of P800 for a group of 10 people or less.

2. If doing the Mt. Ampacao – Lake Danum traverse, time your climb such that you will arrive in Lake Danum in time for sunset. I’ve heard people having a great time at the lake watching the sunset.

3. You can spend the night at the point above the ranch, the false summit. Make sure to inform your guide in advance and bring the necessary equipment.

Enjoy and see you on the trails! Happy trekking!