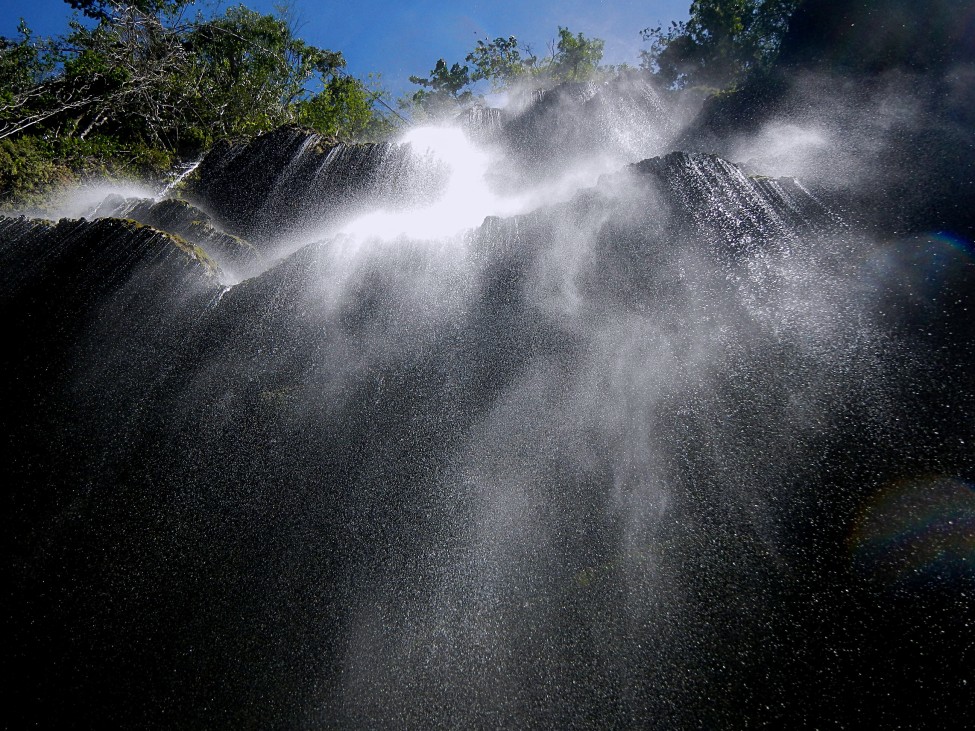 After we crossed swimming with the whale sharks off of our list, we stayed put in Oslob to discover other hidden gems of this town. We rented three motorcycles to bring us to Tumalog Falls (PHP 120 per head).

The ride was fairly smooth, except when you’re going uphill and you begin to question if the engine could support three people. Then, there’s that descent prior to arriving at the waterfall, which was nonetheless scary. Upon getting off the motorcycle, I took a step backward, on which my leg rested on another motorcycle’s muffler. Crap, I just burned my skin!

It was summer then, hence the waterfall wasn’t strong. However, I guess it’s that mellow tinkling of the water that gave this waterfall its beauty, along with the mist and the bamboos that added to its mystic feel. It was beautiful, and maybe it’s the best waterfall I’ve seen in my country. 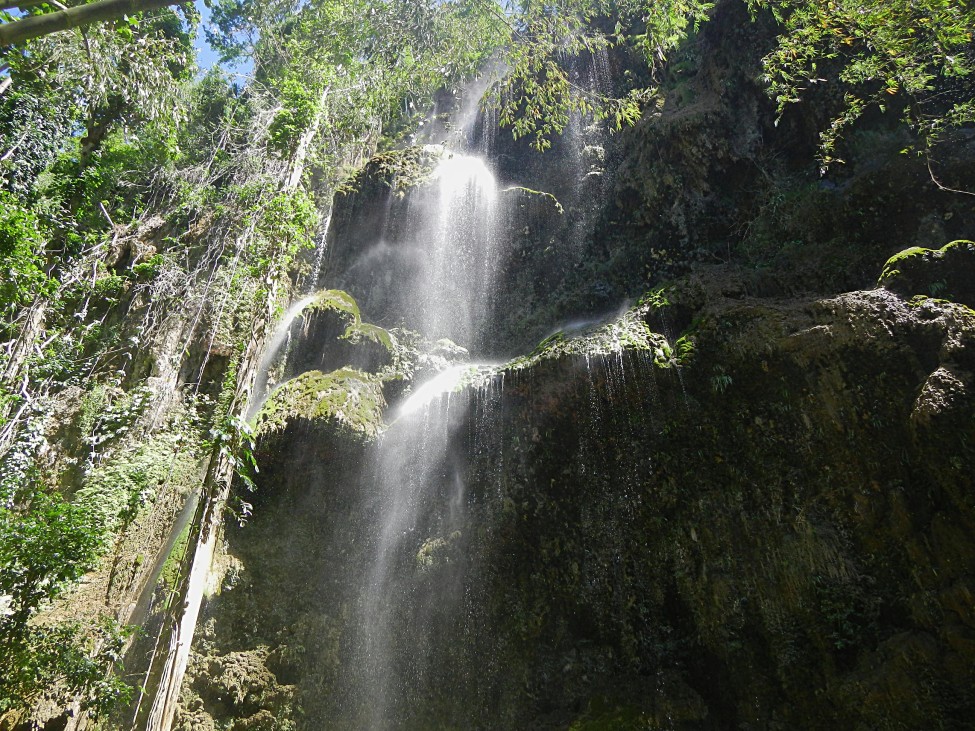 I separated from the group to cool my burnt skin. I had a nook in one of the mini caves, and thoroughly enjoyed the cool water. Then I saw this rainbow on the water on my feet, then I turned around and I was able to see it a full circle! My professor was right – rainbows aren’t just bows; they’re circles! 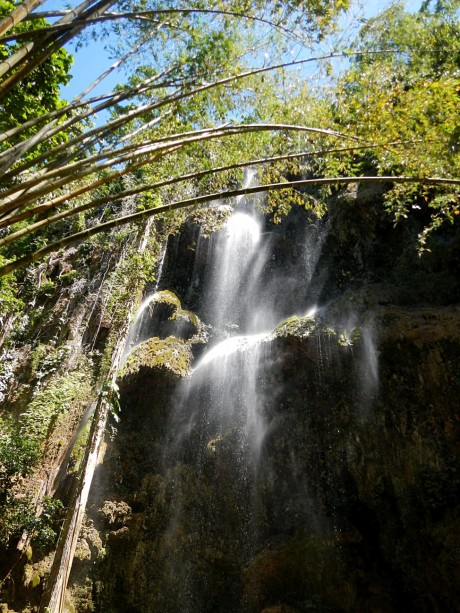 I re-joined my friends in a much bigger shade, and there we had our photo-ops. 😛 The drivers were telling us that we could go see the entire town of Oslob in their motorcycles. We were hesitant at first, but gave in anyway, with the price being 400 pesos per head, inclusive of the ride to Tumalog Falls.

So, off we headed to see the other side of Oslob!

It was a crazy ride! It was two hours of the perfect landscape of the mountains overlooking that great blue sea with islands popping out due to their white sand. Sometimes, we’d ride through rough roads (which was quite scary) and occasionally we had to get off the motorcycle because it simply can’t take us uphill. We rode across farms, and jumped along the streets. 🙂

By the time we reached the town proper, our camera didn’t have any battery left anymore. 🙁 The town proper was small, but was seemingly full of history. There was an abandoned building near the old church which reminded me of Corregidor. Across the church was a park overlooking the sea. I wished we spent some more time there, but it was almost lunch and we still had a flight to catch in the afternoon.

We headed back to the resort to fetch our things, then off we were to Dumaguete. That was the end of another fun-filled three-day weekend. 🙂

13 thoughts on “Oslob: A Nature Trip”