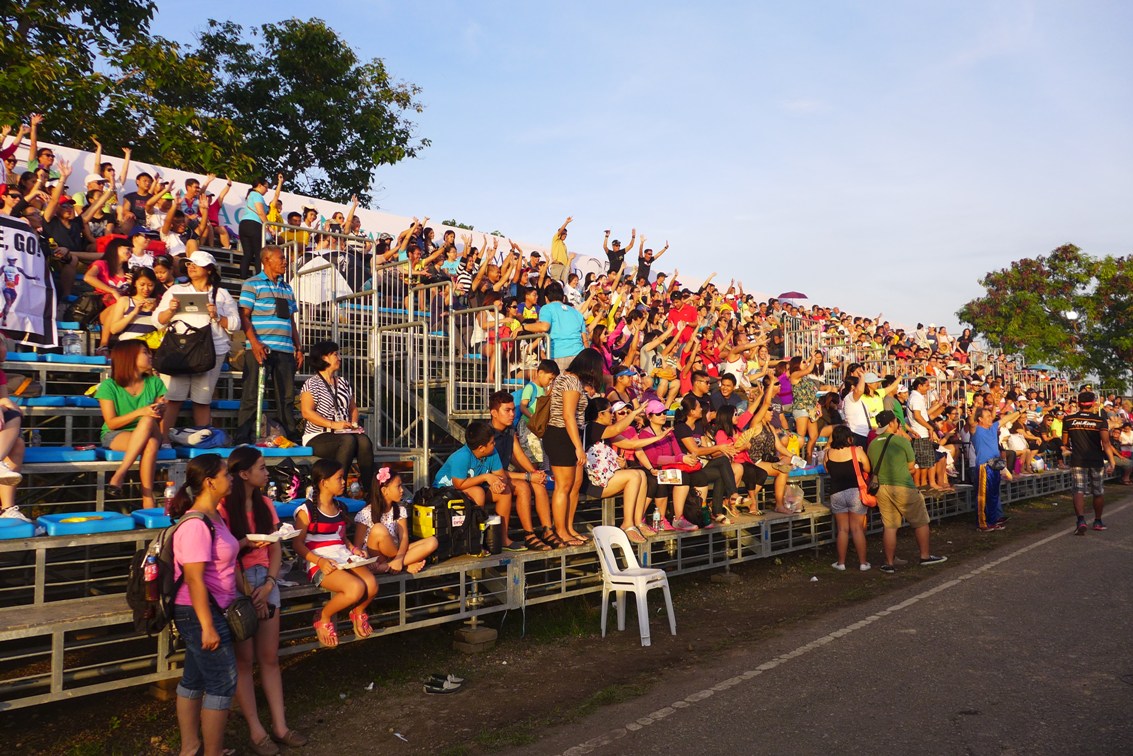 Two weeks ago, I flew out from the rainy, depressing streets of Metro Manila for a sporting event. Cebu welcomed me with the radiant sun shining and a festive spirit of the triathlon race laying ahead. No, I wasn’t participating. I was there to simply watch the fit bodies as they emerged through the course and to cheer people as they inched their way to the finish line after 70.3 miles of swimming, biking and running.

As I saw banners of the race and traffic advisories sprawled across the city, I was trying to push back the time I would be leaving my hotel in Cebu City. The race was to be held in Mactan, where travel time usually took anything from half an hour to a full one. However, the notice on my hotel’s front desk advised to allow at least two more hours to accommodate the expected heavy traffic upon some lane closures from 4AM. Knowing that I couldn’t witness the start of the race since I wasn’t booked in Shangri-La Mactan, I hesitantly decided to just leave at 5 in the morning. Hopefully, I would arrive there before the swim-bike transition.

Cebu City was covered in darkness as I left the hotel. Surprisingly, there was no traffic to be found, until I reached Mandaue, where some lanes of the road were being prepared to be closed. As I crossed the famous Marcelo Fernan Bridge, traffic eased. Soon, I arrived at the junction separating the airport and the road to the luxurious resorts in Mactan. I initially thought that the teenagers standing by the roadside were preparing for an ROTC training day, but as they continued to grow in numbers as I progressed through the highway, I later figured that they were there to cheer on the triathletes. I was lucky to arrive at the former Portofino Beach Resort just half past 5.

A sea of bikes occupied the transition area and a set of bleachers stood across it. The music was roaring, and the crowds were lively. Each person clutched on to his athlete before the race, showing their full support before the physically demanding challenge began. Athletes swarmed as they exchanged conversations, often wishing each other good luck. Before long, it was time to bid the athletes goodbye as they make their way to the starting point. For us spectators, we headed to the edge of the resort to witness the swimming portion.

Boats lined up around the buoys, with a helicopter hovering above. Paddleboards, kayaks and speed boats swept across the sea to make sure everything was in order. The 1.9-km swimming perimeter was set, and boy it was huge! Before we knew it, the race began.

The funny thing about the swimming portion was that everything started so fast, but after some time, it looked like the swimmers weren’t moving. It was as though they were stuck in the water. Soon, the elite group emerged and speedily swam on our direct viewpoint. As they drew nearer to transition, we headed back to the bleachers to witness the invigorating scene on land.

The crowds were livelier than ever as the elite athletes changed their gears for the 90-km biking portion. Slowly, the other triathletes arrived, and each spectator cheered on his athlete. More especially, the shrieks grew louder as celebrities came into view. People dispersed after seeing their loved ones at transition.

After my burger meal for breakfast, I sat on the topmost portion of the now almost empty bleachers. In a bit, the MC was announcing that the first three male athletes were already nearing the transition area. I watched as Sam Betten, Brent McMahon and Casey Munro placed their bikes back onto the rack and slipped on their running shoes. Their transition was incredibly fast. People cheered on the first Filipino to make it back to the transition. I was also amazed as I saw Caroline Steffen (how fit can she get?) making her way onto the mat. The sun was unleashing its fury, but the spectators waited patiently for their loved ones. The crowd roared as celebrity Piolo Pascual dismounted from his bike and when Senator Pia Cayetano strongly emerged from the horizon.

It was finally time for the 21-km run portion. I didn’t head right away to the finish line. My feet were tired, and I wanted to sit down. I sat on a rock under the shade of a tree, with the wind softly lulling me. I entered the grounds of Shangri-La and headed to the finish line. Some athletes already finished the race; their Kenneth Cobonpue-designed medals hung proudly over their shoulders. I stood before the finish line, eager to see anyone who was a few meters shy of his Ironman finish.

This was where most touching scenes were. I saw old men finish strongly on the course. I witnessed an athlete getting her kid from her companion to finish the race with him, and a guy who stopped his tracks as he gave his mom a very tight hug. Along with other spectators, I cheered on the guy who was having cramps, another guy who struggled with the broken sole of his shoe and a girl who was crying as she saw the finish line. I felt a gush of excitement as I saw the guy who made me want to be in Cebu for the Ironman make his way to the finish line.

To all those who finished their Ironman 70.3 race, congratulations! 🙂