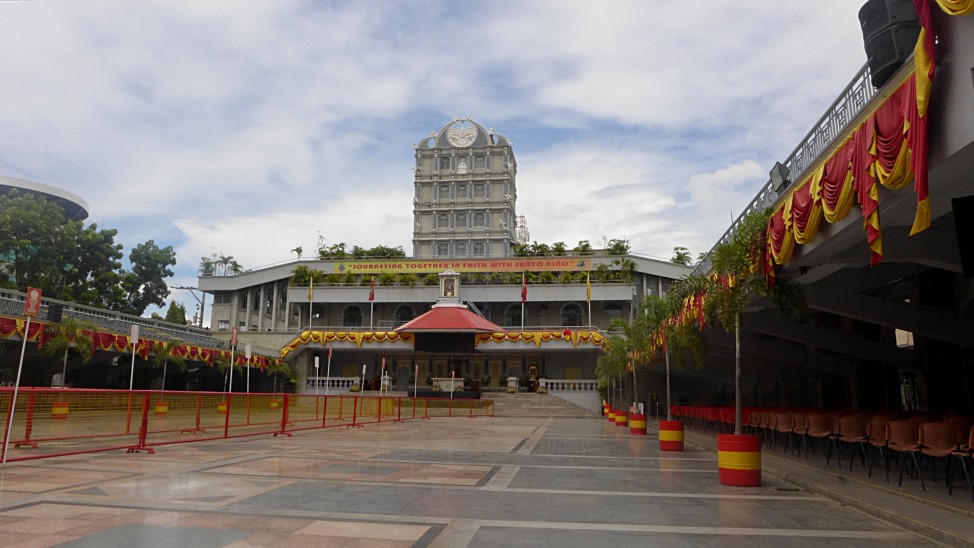 After the weekend getaway with my friends, where we had the chance to visit Siquijor, Dumaguete and Oslob, my family and I went to another trip in Visayas. This time, we were off to see Cebu and Bohol.

Everyone except my mom has been to Cebu, though my father’s last visit was ages ago. My brother and I told my mom not to expect to see a lot in Cebu City. While there were some pretty sights in the city, I still am in love with its countryside, most especially Bantayan island.

We got the earliest sane flight (I think it was the third flight for the day), but due to the rain the previous night, our one-hour flight was delayed for three hours!

Anyway, we arrived in Cebu a little past ten in the morning, and we set off to explore the city. 🙂 First, we headed to the Weesam Express Ferry ticket booth to buy tickets to Tagbilaran for the night (Round-trip ferry costs 800 pesos). Then, we took a taxi to Fort San Pedro.

Fort San Pedro is a Spanish fortress that used to overlook the sea, but whose view now is blocked by a concrete building. Inside, there are mini museums showcasing articles related to the Spanish colonization, including a worn flag of Spain. The building is small, and we were out in no time. 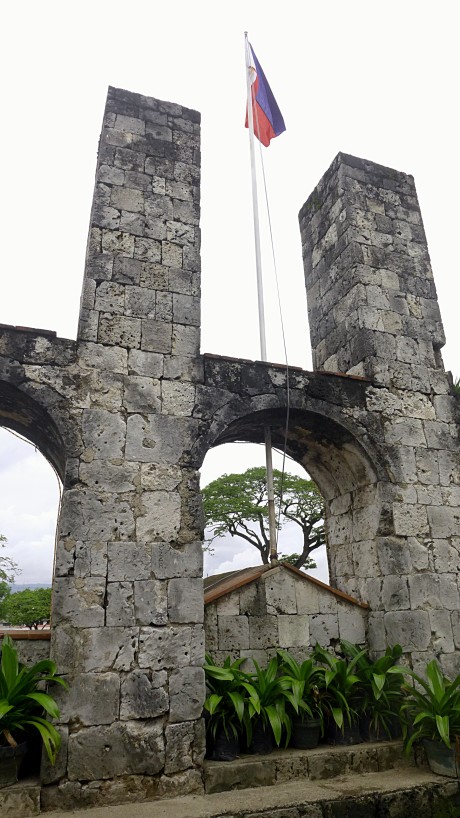 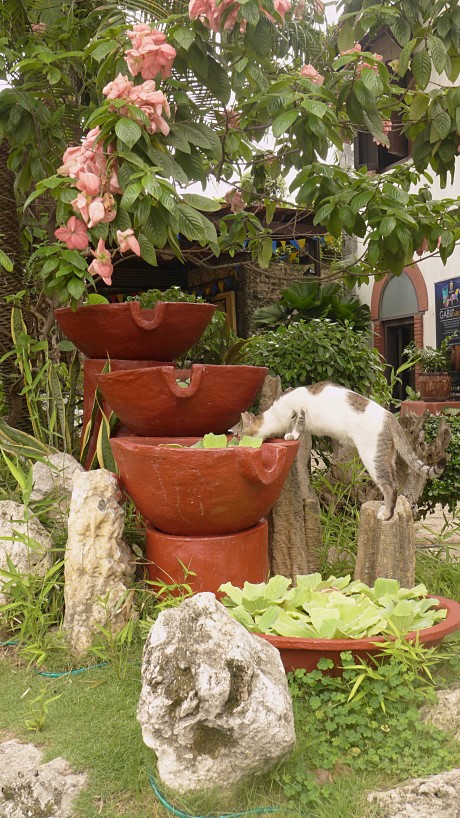 We crossed the street over to Plaza Independencia. It’s quite a polished park in front of the fortress, with a tower commemorating those who fought in the war. We proceeded to walk towards the Basilica of Sto. Nino, which was about two blocks away. First, we paid tribute to Magellan’s Cross. If you studied Philippine history for all your childhood, this little landmark will surely disappoint you! Then, we took a snapshot of the City Hall right across. Finally, we were inside the church complex. 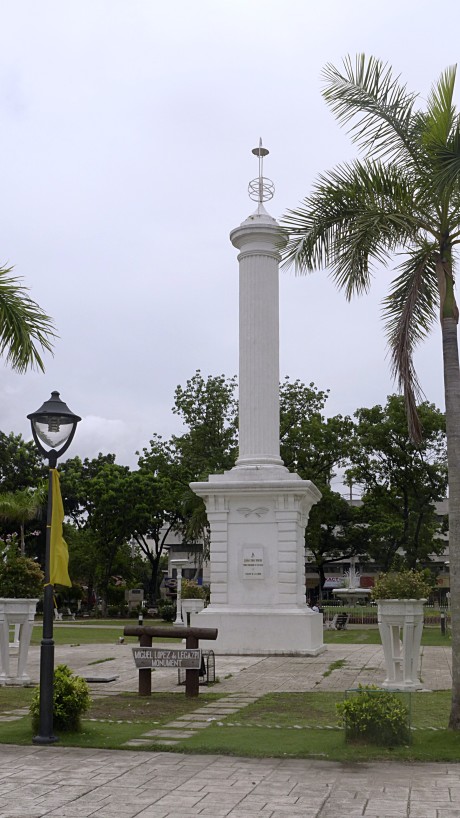 On our right was a hall were candles and prayers are offered, then you would see the podium where the festivities where made when the statue of the Sto. Nino is brought out during the Sinulog Festival. Afterwards, we found ourselves praying inside the church, thankful for another opportunity to see the Philippines, and to travel together as a family. 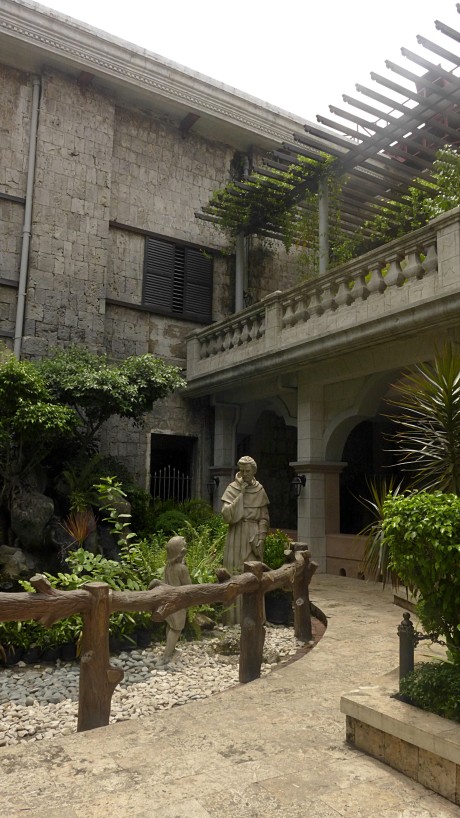 We walked over to the side of the church, where we queued for a chance to touch the Sto. Nino statue. Soon, the line was long and full of devotees. If you’re a foreigner, here is your chance to see how religious we Filipinos can get. The statue is housed in a small room, enclosed in a glass window where you can only touch its feet. Each devotee gets his own time with the statue, it entirely depends on you how long that is. (As those close to me would know, I am deeply terrified of mannequins and dolls and statues, so I just prayed on the side when it was my turn.)

We left the Basilica and headed to another church – the Cebu Cathedral. Though not as ornately decorated as the basilica, the beauty of this church is its solemnity in spite of being nestled in the heart of the city. Beside it was the church museum, which is unfortunately closed at the time we were there.

It was time for a late lunch. We took a taxi to bring us to another attraction of Cebu: the famous lechon. We picked Zubuchon to have our lunch. It was my first time to try it, and I loved it! The skin is very crispy, while the meat is tender and flavorful. We also tried their lechon sisig, as well as the seaweed sampler, and their house iced tea. It was indeed a great meal!

We headed to Ayala Cebu to spend the afternoon. Though not much different from Ayala malls in Manila, it was great to see local life going on.

After going around the mall for hours, we hailed a taxi to bring us to the ferry terminal. However, we asked the driver to make little detour for us – to bring us around Cebu city except for the destinations mentioned earlier. He brought us to Colon Street, the oldest street in the country. It resembles the streets in downtown Manila, full of shops with people walking all over the place. Jeepneys are abundant, and traffic is bad. We also passed by Casa Gorordo, but we didn’t go inside the museum anymore. Then, we headed to the ferry terminal, and off we were to see Bohol.

*Our food expenses are excluded here, as I believe that individual preferences vary greatly when it comes to this.

More on this trip on my next post. Happy travels!