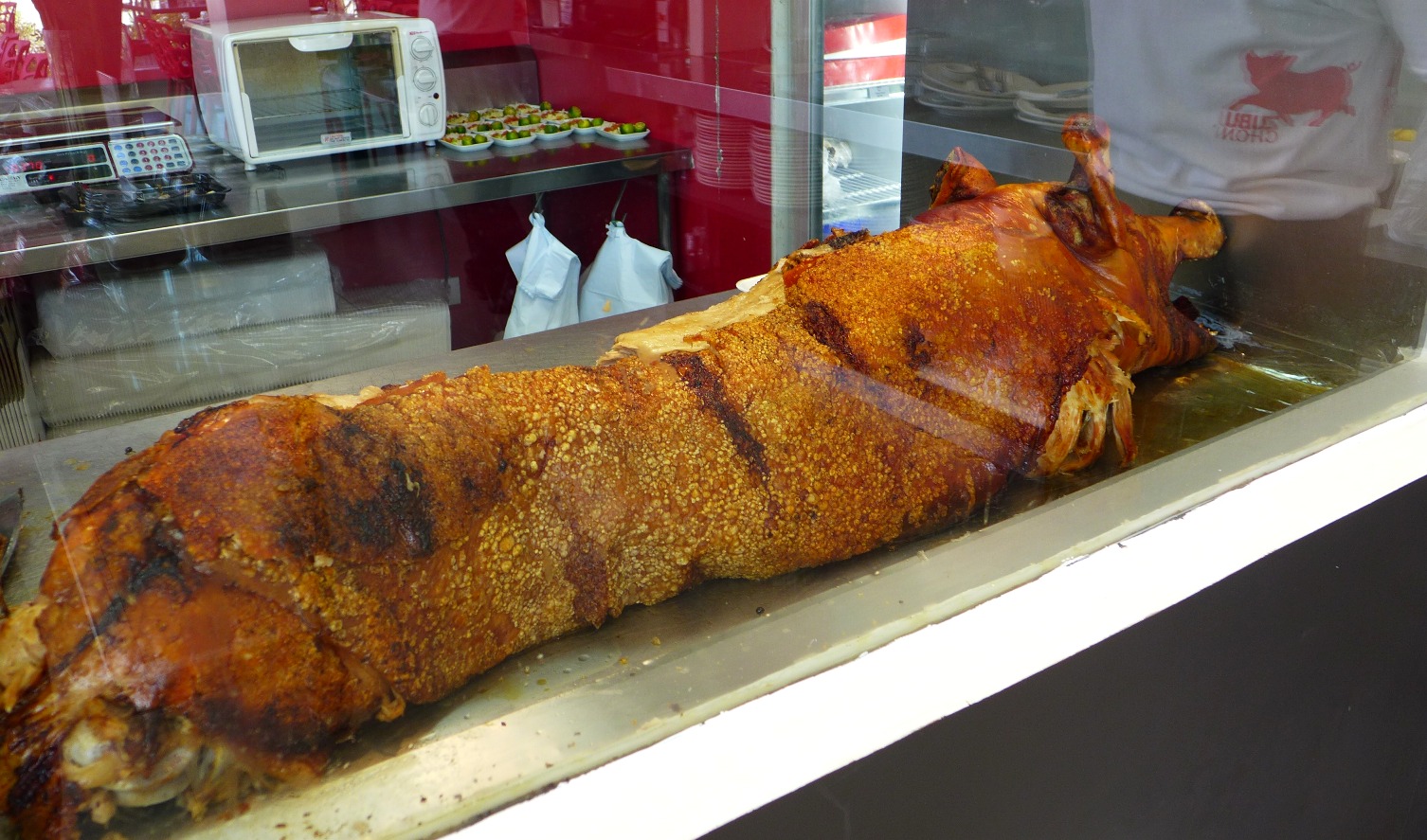 Doesn’t your mouth water? Mine does. Just the thought of that crispy skin and tasty meat makes me crave for the greasy lechon.

But not all lechon are created equal. I assure you — they are not. Cebu itself has a variety of them. And while I haven’t tasted every single restaurant, I’ve tasted Zubuchon, CnT and Rico’s. And I love them, but one just shines more than the rest.

To be honest, Cebu’s lechon is already very flavorful — so tasty that it wouldn’t need the usual lechon sauce that should complement it. Believe me, lechon sauce is worthless when you’re faced with Cebu lechon. Let’s get to them one by one.

CnT is the traditional lechon. Crispy skin, tasty meat. But there really was nothing special here. Don’t get me wrong. Cebu lechon is already good, but among the Cebu lechon that I’ve tried, this was my least favorite.

If you want a twist to CnT’s traditional lechon, head to Rico’s. Rico’s specializes in spicy lechon. That spicy kick is more than enough for you to forget how much lechon you’re having. Really, really good.

Then, there’s Zubuchon. When I first went to its restaurant a year ago, I didn’t expect much. After all, how much better could a lechon be? It turns out a lot. It sets itself apart from others by the meshing of flavors of the assortment of ingredients placed in the belly of the pig while being roasted. Its very, very flavorful. And the skin is just crispy, to a point of almost crunchy. It’s non-traditional, but I just love it. Don’t forget to pair it with their iced tea! (Tip: Don’t bother with their boneless lechon. The bone-in one has more taste and is juicier.)

I loved their lechon enough to come back and bring my relatives to dine in the same restaurant where I had my first bite and enough to make me go to another restaurant to try their lechon paksiw (which was also great) and enough to make me bring home frozen lechon. The bright, clean interior accentuated by red furnishings makes the dining atmosphere really casual, but gives the usual lechon dining experience some elegance. Service is quick, and the staff are all attentive to each client’s request. In their restaurant in Mactan, I even saw the owner holding a racket to kill mosquitoes that seemed to partake in the feast.

In these different occasions, I’ve learned that Zubuchon has good food and superb service that will forever endear you to this restaurant. It’s simply a must try when you’re in Cebu.

On my latest trip to Cebu, however, I’ve seen the area where the lechon restaurants line the street. It’s somewhat like La Loma in Metro Manila. I don’t know its exact name, but Kuya Dodong told me to just tell a taxi driver to go to Jai Alai, and he will bring me to the lechon strip. It appears that this is where any tourist will have an authentic and traditional lechon dining experience. I have yet to try any of these though.

Until next time, happy eating! 🙂